Attorney Eric Nelson is claiming prosecutorial and jury misconduct in the former MPD officer's trial in the death of George Floyd. 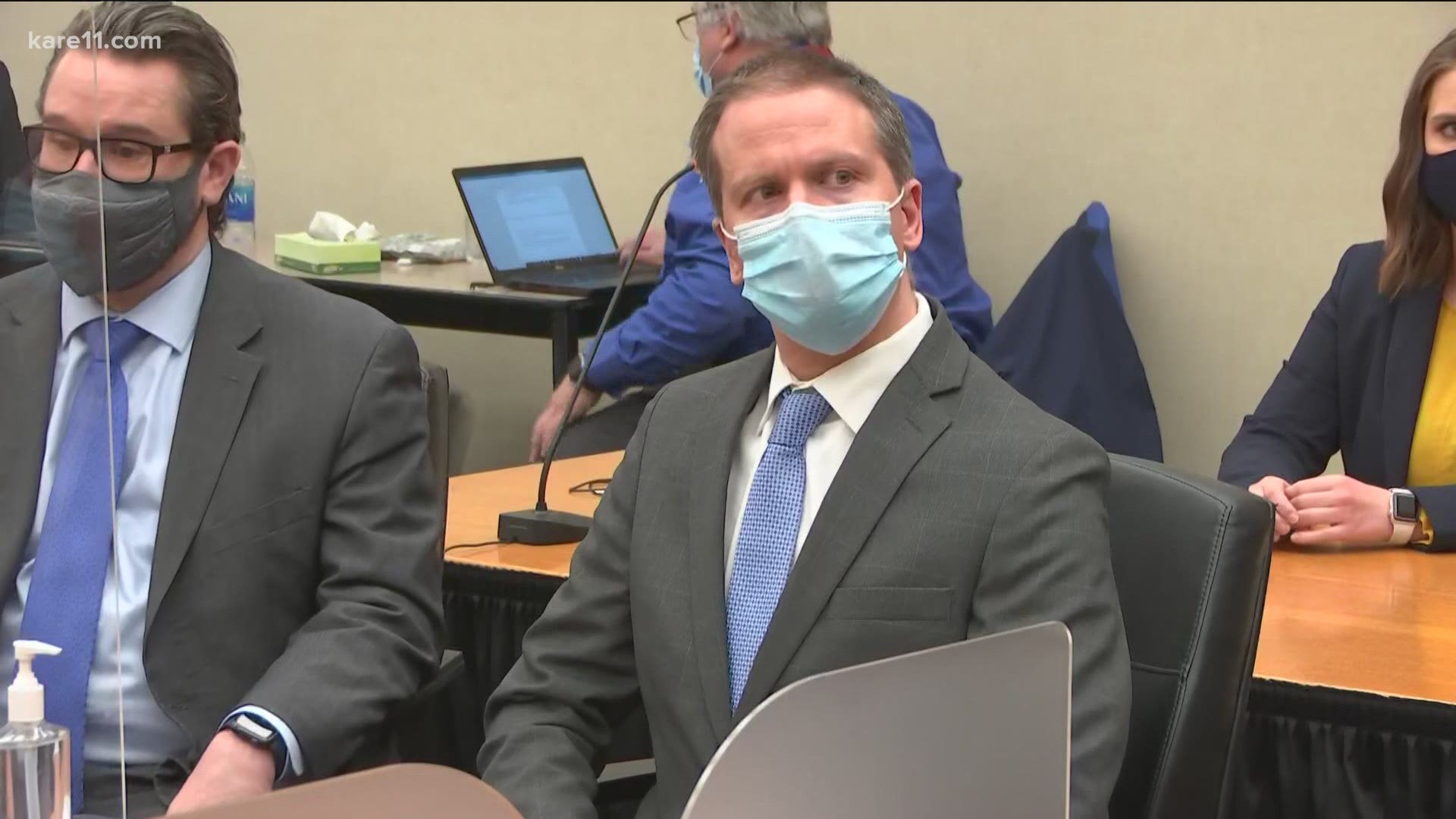 MINNEAPOLIS — Derek Chauvin's defense attorney has filed a motion seeking a new trial, and requests that the court throw out Chauvin's conviction for the murder of George Floyd.

In a court filing Tuesday, attorney Eric Nelson claims "prosecutorial and jury misconduct" in the case, as well as "errors of law at trial; and a verdict that is contrary to law."

In the portion of the motion requesting a new trial, Nelson cites multiple alleged errors by the court and prosecutors that he claims "deprived the Defendant of a fair trial," including:

"The cumulative effect of the multiple errors in these proceedings deprived Mr. Chauvin of a fair trial, in violation of his constitutional rights," Nelson wrote in the motion.

KARE 11 reporter Lou Raguse, who has covered this case from the beginning, notes that Nelson's motion is considered routine in these types of cases, and that Judge Peter Cahill had already ruled on several of Nelson's claims in court, multiple times. The motion needed to be filed with Judge Cahill now, while the case remains under his jurisdiction. Cahill is set to preside over sentencing for Chauvin on June 25. Further appeals could still be filed with the Minnesota Court of Appeals.

Less routine, Raguse notes, is the second part of Nelson's motion, asking the court to "impeach" the verdict, or essentially throw out the conviction, alleging jury misconduct. Nelson's motion claims "the jury committed misconduct, felt threatened or intimidated, felt race-based pressure during the proceedings, and/or failed to adhere to instructions during deliberations, in violation of Mr. Chauvin’s constitutional rights to due process and a fair trial."

The motion comes after growing controversy surrounding one of the jurors, Brandon Mitchell, after photos emerged showing his attendance at an August 2020 rally in Washington, DC, where he appeared to be wearing a T-shirt with the words "Get your knee off our necks."

Nelson's motion does not specifically name Mitchell, but legal experts tell KARE 11's Lou Raguse that it's possible that Judge Cahill could grant a hearing that would give Chauvin's attorney an opportunity to question Mitchell about his rally participation.

In response to the defense motion, the Minnesota Attorney General's office, which led the prosecution against Chauvin, released a short statement:

"The court has already rejected many of these arguments and the State will vigorously oppose them," said spokesperson John Stiles.