Ellison asked for the public's trust as he vowed to seek justice and truth in the case. 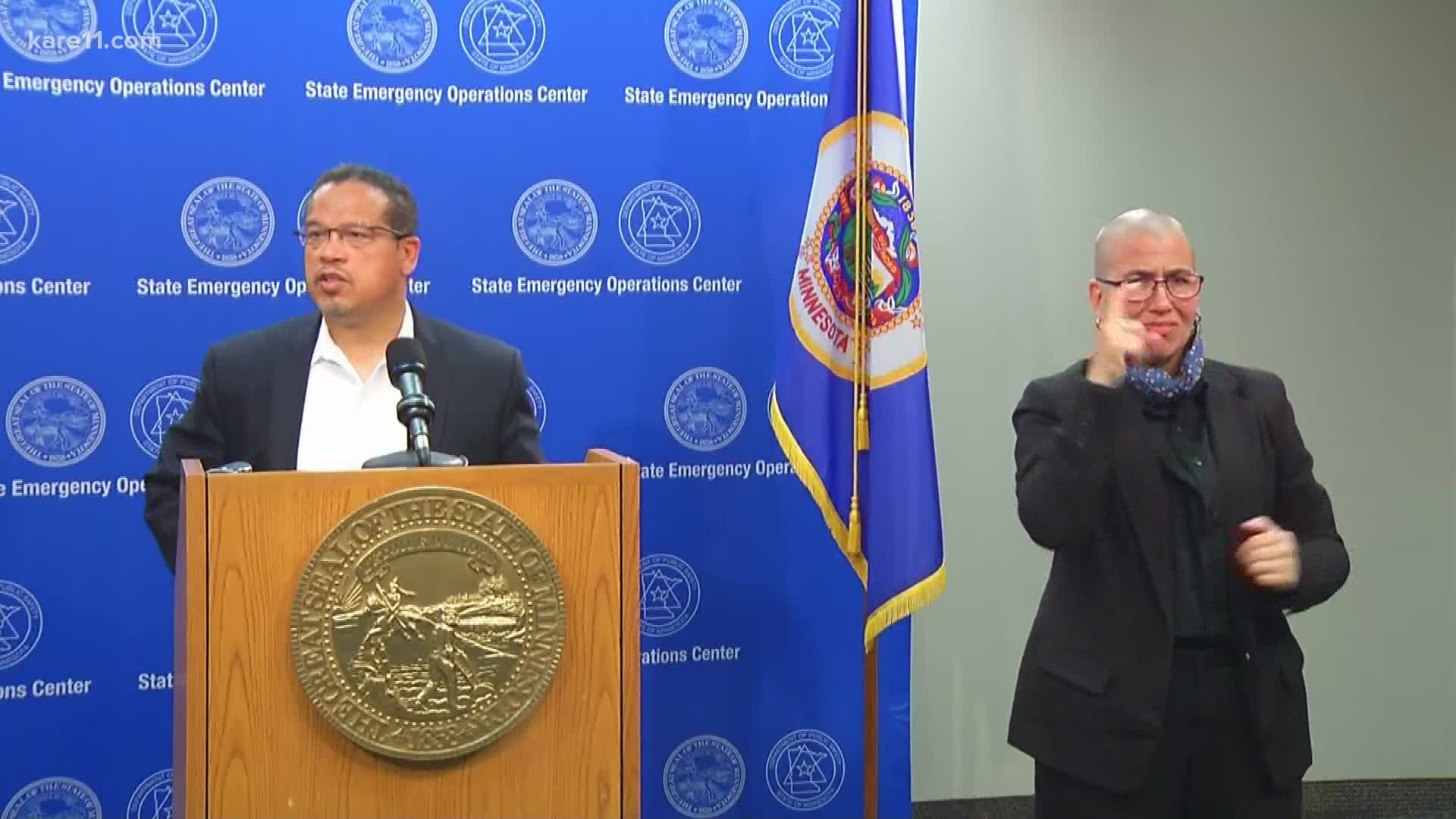 "This decision is one that I feel takes us in that direction and the step to start getting the justice for George Floyd," Walz said in a Sunday evening news conference. "When I spoke to the Floyd family, they were very clear, they wanted the system to work for them, they wanted to believe that there was trust."

Ellison said his team will not leave any resources on the sideline as they pursue justice, but noted his office was not ready to announce any additional charges beyond the ones already filed against former Minneapolis police officer Derek Chauvin.

Ellison also said he wanted to "deliver a dose of reality" that prosecuting police officers is very difficult.

The governor's announcement came one hour after the Hennepin County Attorney's Office had announced a joint effort with Ellison in the Floyd case. At that time, a news release said the Attorney General would be a "full partner in further proceedings."

The decision comes after ten members of a Minneapolis delegation of Minnesota House of Representatives wrote a letter to Governor Tim Walz on Friday, asking for a full transfer of the case to the Attorney General's office.

"Unfortunately, our constituents, especially constituents of color, have lost faith in the ability of Hennepin County Attorney Mike Freeman to fairly and impartially investigate and prosecute these cases," the letter stated.

On Friday, Freeman announced charges of third degree murder and second degree manslaughter against former Derek Chauvin in Floyd's death. A criminal complaint states Chauvin was the officer seen on video with his knee on Floyd's neck while Floyd was pleading, "I can't breathe."

Freeman said his office focused on the "most dangerous" perpetrator first, but the other three officers involved in Floyd's arrest are under investigation and could still faces charges. Freeman also said additional charges against Chauvin were still possible.

RELATED: What is 3rd-degree murder and 2nd-degree manslaughter in Minnesota?