Everywhere A to Z: The story behind the mysterious Tovrea Castle

The mysteries, myths and truth behind the castle on the hilltop in Phoenix. 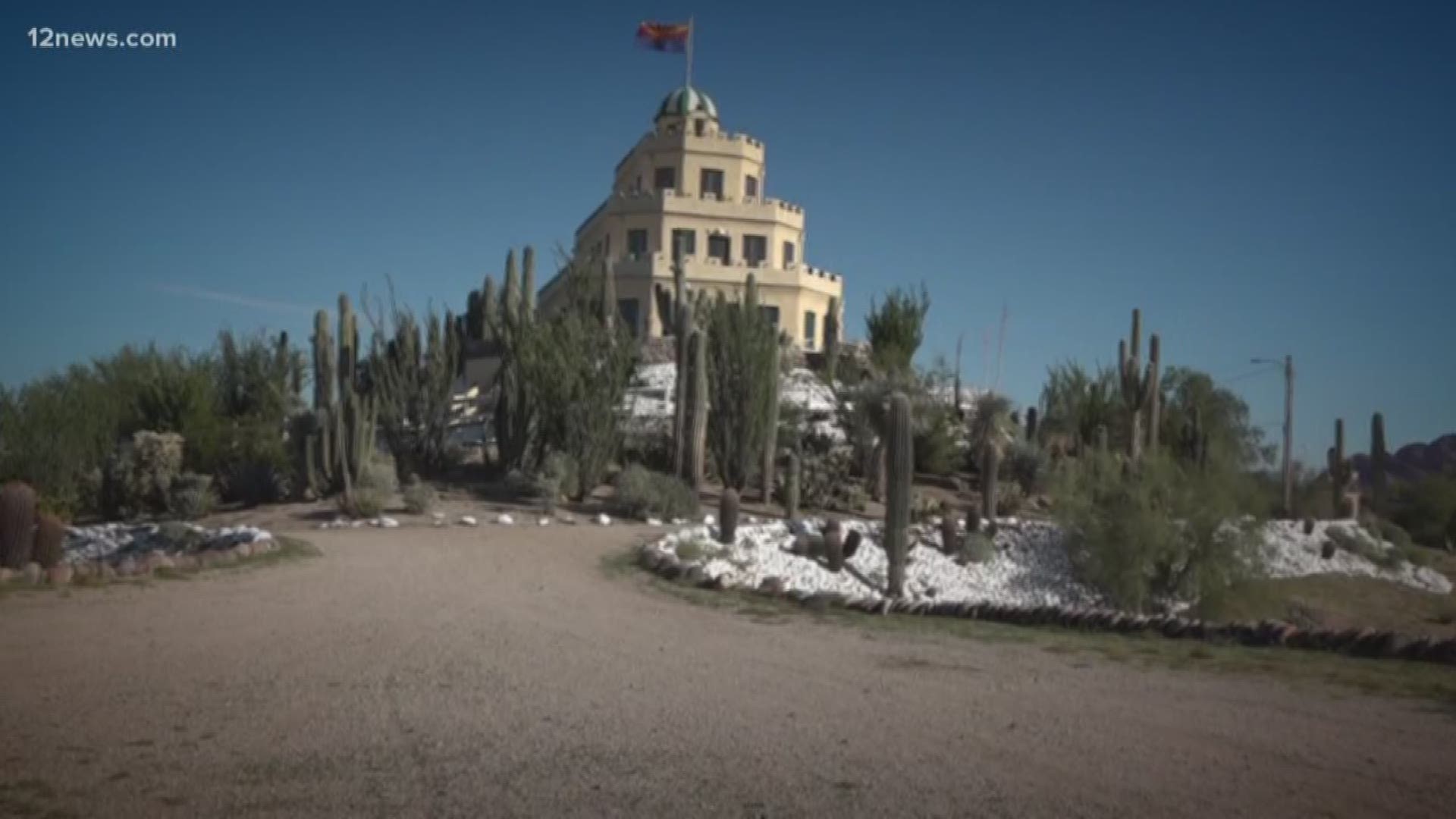 It’s the mystery on the hilltop.  The "wedding cake building" as many call it has been standing at Van Buren and 52nd Streets for nearly a century. Some say it was built by Al Capone as a gambling hall because of the basement tunnels.

“Al Capone had nothing to do with the castle," said Tamera Zivic, President Tovrea Carraro Society.

The story begins in 1928 when Italian immigrant Alessio Carraro and his family sold their San Francisco sheet metal business and moved to Arizona. Carraro purchased 277 acres of the harsh desert landscape from the Warner homestead. Inspired by the castle’s in Italy, Alessio began construction on his dream.

“He wanted to open this as a boutique hotel where people would come inside, they would stay, have a wonderful time, enjoy the grounds and he was going to use the rest of the rest of the 277 acres for home sites," said Zivic.

Unfortunately, the great depression halted his dream along with the construction of sheep and cattle pens on the nearby adjoining property.

“So he sold it to the Tovrea family who owned a packing company," said Zivic.

E.A. Tovrea passed away shortly after, but his wife, Della Tovrea, retained the Castle as her Phoenix residence for the remainder of her life until 1969. Her death, brought upon by defending her home from intruders.

“A couple of guys thought she was going to be gone and burglarized the place, running into her. They struggled for a gun that Della kept under her pillow and a shot went off, the bullet hole can still be seen in the kitchen," said Zivic.

Della ran outside on a cold rainy night to ring the caretaker's bell.  Soon after, she developed pneumonia and passed away.

Now, many years later, the castle is still standing thanks to the preservation efforts by the City of Phoenix and the Tovrea Carraro Society.

“We are holding tours and special events Wednesday through Sunday," said Zivic.

From the main floor to the basement, you’ll find many intricate details and relics from the past, like the pulled plaster ceilings.

“Looks like puffs of meringue and there are hidden eggs in some areas which are fun for our guests to find," said Zivic.

Upside down castle lights, beautiful stenciling, an old vault and yes, the old tunnels with no connection to Al Capone.

Unfortunately, tours are sold out into early 2019, but you can reserve future tours at www.tovreacastletours.com.