The beautiful location is home to numerous events and festivals take place throughout the year. 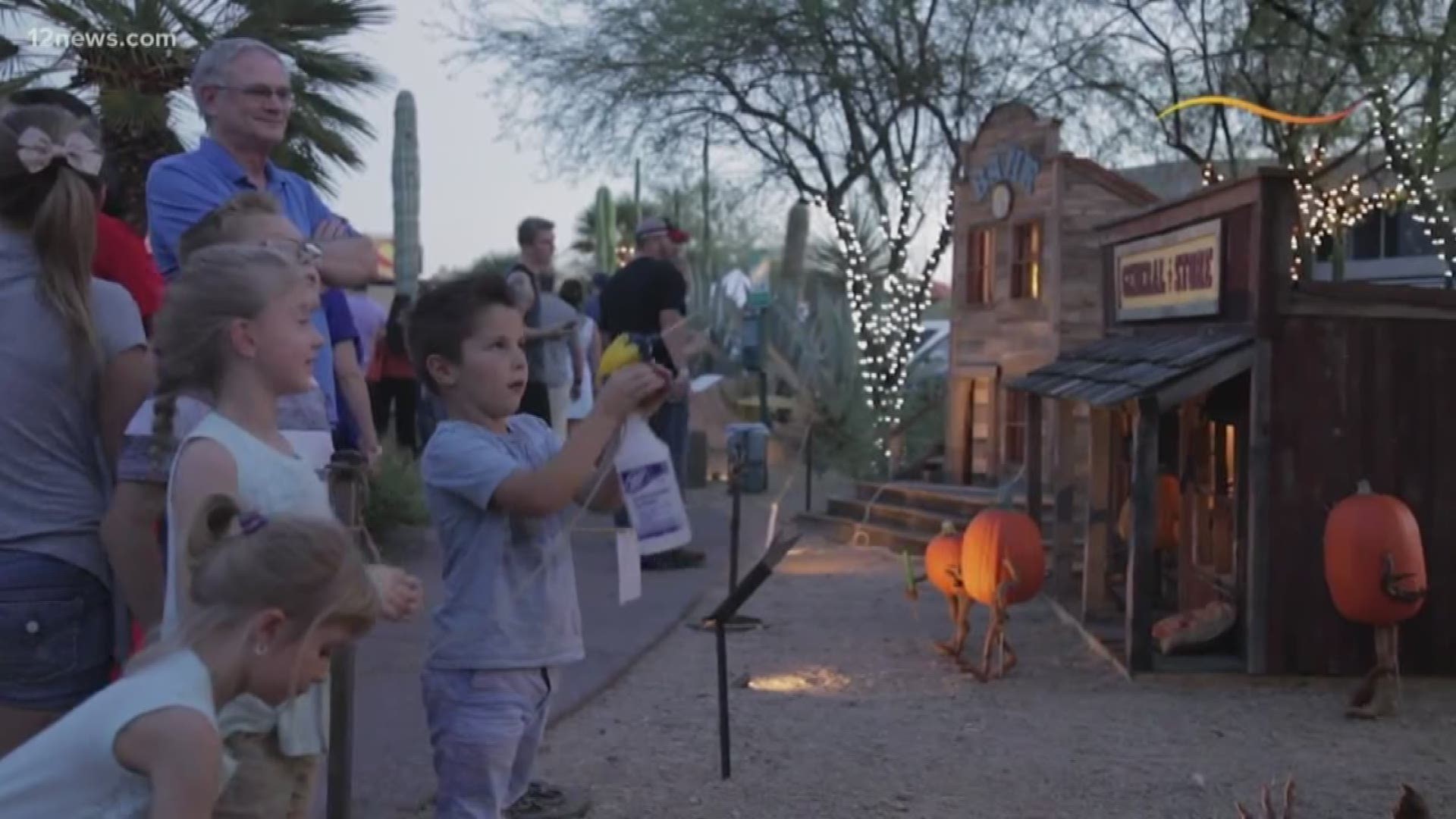 CAREFREE, Ariz. - Sundial Circle is home to the jewel of Carefree, the Carefree Desert Gardens.

“It’s nine acres, it’s a mini botanical garden and throughout are water features, waterfalls and ponds. It’s a place to stop, to contemplate and reflect on things," said Les Peterson, Mayor of Carefree.

The massive sundial inside the gardens turns 60-years-old this year and is one of the largest in the United States.

The beautiful location is home to numerous events and festivals take place throughout the year.

“Probably the granddaddy of them all for us is the Enchanted Pumpkin Garden," said Mayor Peterson.

Halloween invades the town of Carefree in the form of whimsical pumpkin carvings from world-renowned pumpkin carver Ray Villafane and the Villafane Studios team.

“The Enchanted Pumpkin Garden is a combination of everything I love. This year you’ll see more rock balancing, scarecrows and a new addition will be mice," said Ray Villafane with Villafane Studios.

The king of pumpkins turns gourds into life-like characters.

“There’s times that we spend 12 hours carving, but on average four to six hours," said Villafane.

It’s the imagination that makes this event a must see.

“If you are into Halloween and pumpkins, this is ground zero and everything else is a distant second," said Villafane.

The Enchanted Pumpkin Garden will be open daily October 19th through the 28th from 10:00 a.m. to 9:00 p.m. at the Carefree Desert Gardens. Admission and parking are FREE!