Even after broken hip, President Jimmy Carter returns to build homes with Habitat for Humanity

Carter, 94, and wife Rosalynn, 92, will help build homes in Nashville this October. 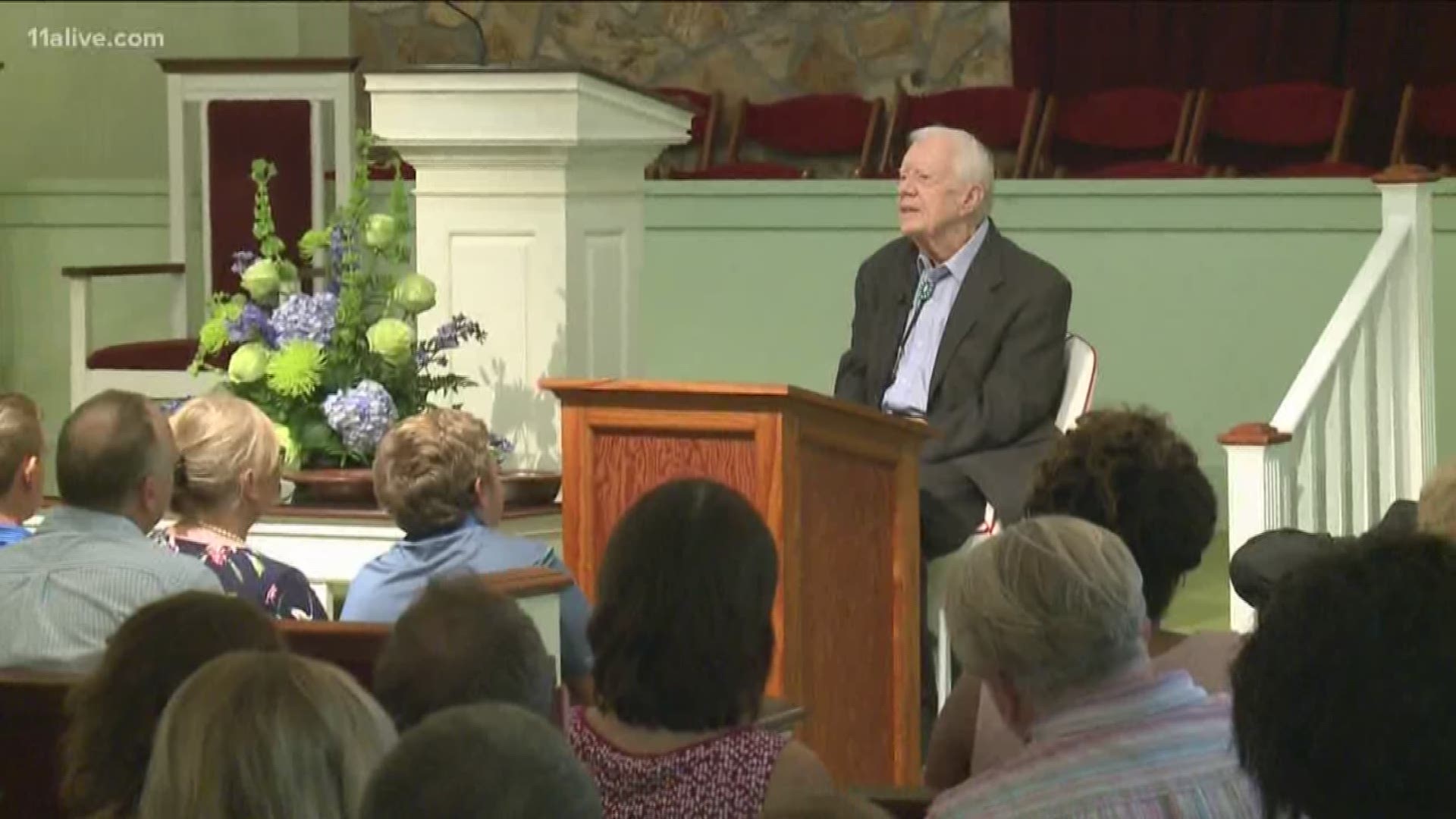 NASHVILLE, Tenn. — Their many years of humanitarian work is not slowing down, even after surgery to repair a broken hip temporarily sidelined President Jimmy Carter earlier this year.

The former president and first lady Rosalynn Carter will continue their work with Habitat for Humanity, an organization they have been involved with for more than 35 years.

Carter, now 94 and the longest-living U.S. president, along with his wife, Rosalynn, who just turned 92 last weekend, are taking their work belts and hammers to Nashville in October.

“It is such an honor to host a former President of the United States and his wife, especially such a notable couple who have done so much humanitarian work on behalf of affordable homeownership, not just in the United States but around the world,” said Danny Herron, president and CEO of Habitat for Humanity of Greater Nashville. “We are excited about the opportunity to work alongside the Carters, hundreds of volunteers who may be visiting Nashville for the first time and all of the future homeowners.”

Jonathan Reckford, CEO of Habitat for Humanity International, said the projects they work on shine a light on the challenges facing affordable housing.

“President and Mrs. Carter know the cause of affordable housing is only becoming more urgent, and so we are so grateful they will once again mobilize hundreds of hands and thousands more voices to this cause,” Reckford said.