The geologist, 24, was last seen leaving his remote Buckeye worksite on June 23. 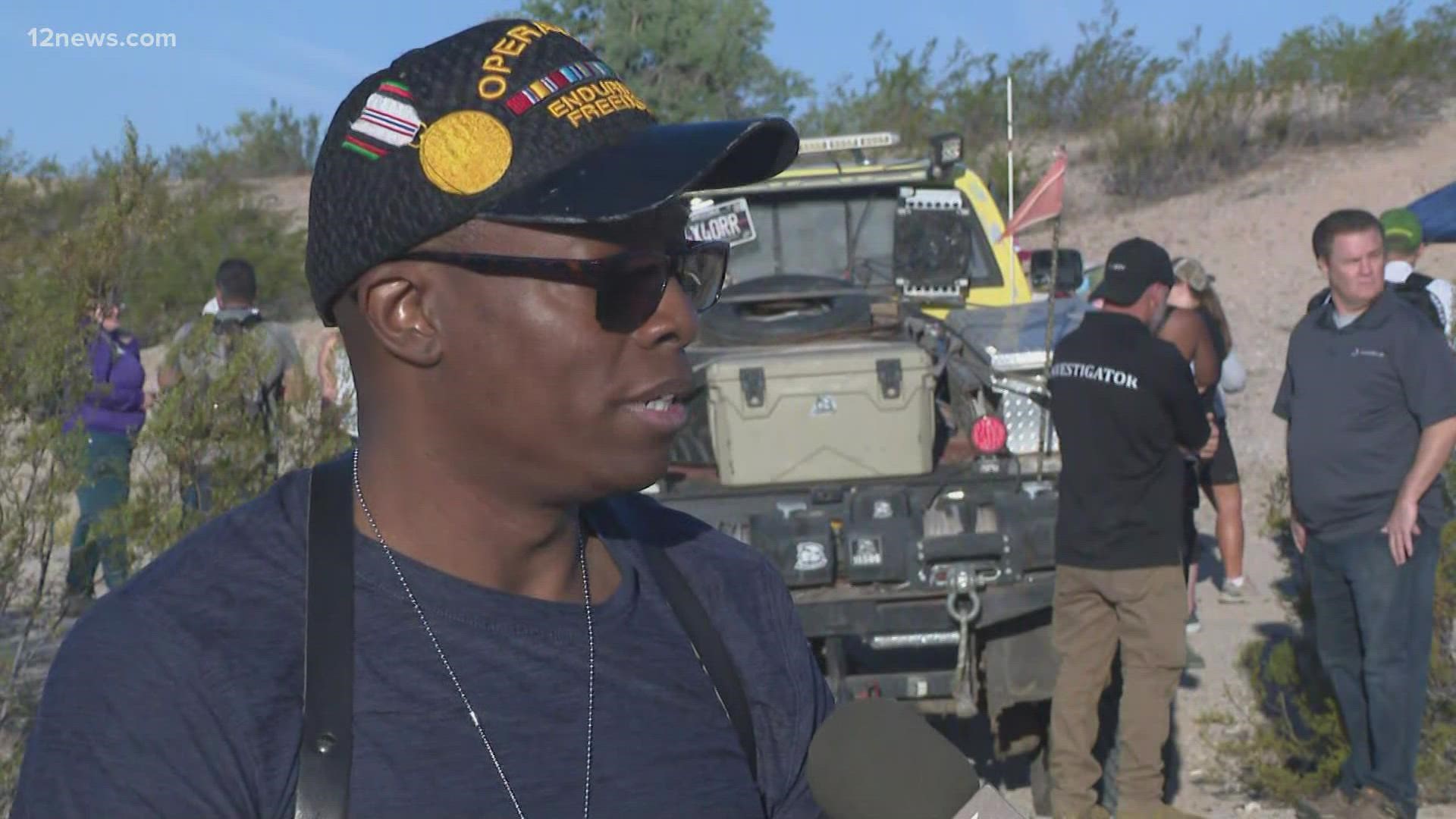 The geologist, 24, was last seen leaving his remote Buckeye worksite on June 23.

Now, his photos are plastered all over social media and all over the news.

His dad led another search for Daniel, prompting hundreds of volunteers to spend their Saturday morning looking for any trace of him.

Volunteers gathered bright and early to search for any trace of Daniel Robinson @12News pic.twitter.com/OC1kTwfdq6

"I came here with a mission, I decided I wanted to do this for my son," Daniel's dad, David Robinson said. "Make sure that I'm here for him. He needs me, I need him."

The search took place in the area Daniel was last seen near Sun Valley Parkway and Cactus Road.

RELATED: Descent down mineshafts turn up nothing in search for Daniel Robinson

"Roughly 200, a little over 200 volunteers are here," David said of the turnout Saturday, though more than a thousand people signed up for the search.

Most of the volunteers said they don’t know Daniel, adding their motivation comes from David's constant pleas for community help.

"I’m just a mom that thought if my kid was missing I’d want people come out and help," one volunteer said. "Also David isn't local and that has to be hard having to count on a community that's not even yours."

"I can’t imagine having somebody, one of my family members out here and not knowing," said another.

**UPDATE ON DANIEL ROBINSON CASE**
Buckeye Police conducted targeted searches this week in efforts to locate Daniel Robinson who has been missing since June 23rd. pic.twitter.com/mKDoLvH4k7

David believes that’s in direct response to the public pressure he’s been putting on the department calling for a more thorough investigation. He held a press conference outside of the Buckeye police station last weekend.

"Matter of fact I received a phone call from them for the first time in a few weeks now and I’m really happy about that."

The Buckeye Police Department said its investigation has been thorough, including more than a handful of ground and aerial searches plus many phone calls and interviews following up on leads.

The private investigator David hired, Jeff McGrath isn’t too sure about that.

"I can’t rule out foul play so I don’t know how Buckeye can," he said.

The next search for Daniel will be Saturday, Oct. 9 at 7 a.m. Volunteers are encouraged to get to the location by 6:45 a.m.

David said he's in need of volunteers who drive SUV's and ATV's.

Where is Daniel Robinson?

Daniel Robinson has been missing since June 23, 2021, when he was last seen driving away from his worksite in Buckeye, Arizona. Subscribe to the 12 News YouTube channel for updates on the case.