The male, who police are looking for, had thrown multiple items at officers at Sunday’s protest including bottles of liquid and two signs. 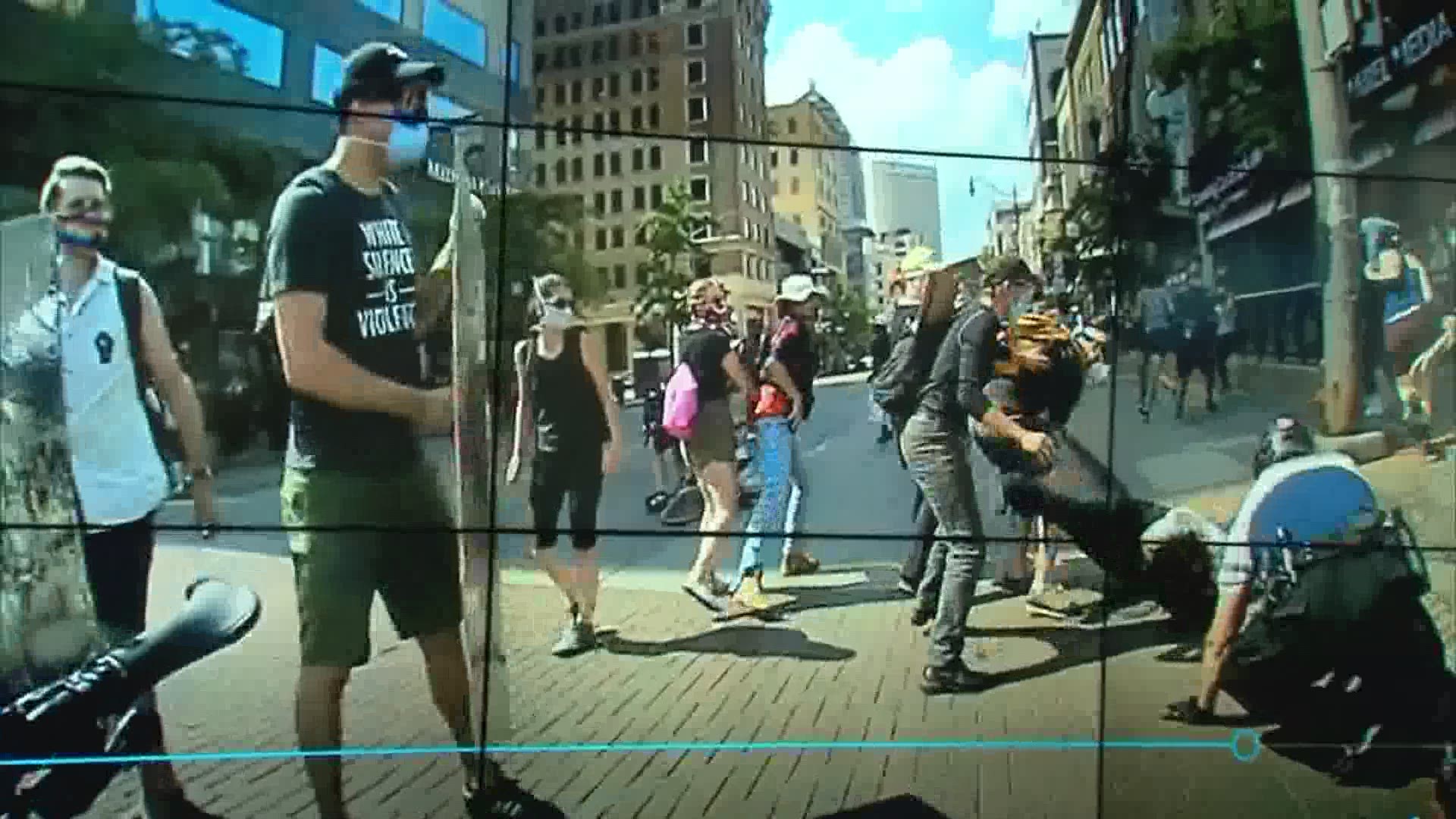 COLUMBUS, Ohio — Images and video circulated online that had many people claiming Columbus police knocked a person down and tore off his prosthetic legs during a Sunday protest in downtown Columbus.

Getchell was there moments after it happened. He says the person was on the ground.

“By the time I saw him, he was already down,” he said. “He was down on his palms trying to get away. Some uniformed CPD guy had him by the ankles.”

Getchell’s cell phone video caught the aftermath. He says the person began running on his hands and thighs down the street.

But did police remove the person’s prosthetic legs?

“We absolutely did not do that,” Sgt. James Fuqua said.

Fuqua says police would never engage with a protester that would make the city, the department or the public look bad. And video seemingly supports that.

“This is going to show in this particular shot the individual demonstrator throwing the object on this one,” Fuqua said while showing a video.

Through city cameras and police body cameras, the male can be seen throwing items at police like a sign and a bottle of liquid. Still, police never chased after him.

Fuqua says the priority was getting demonstrators off the streets because traffic was backing up. The way they were trying to do that was by using the bicycle unit.

Then, Fuqua says demonstrators began to grab one officer’s bike. Shortly after, that male can be seen throwing a second sign at officers and hits one in the head.

Another angle shows the sign flying through the air. An officer sees him and runs to him to make an arrest. That’s when Fuqua says a crowd gathers and pepper spray is used.

But if you look closely at the video you’ll see the male is being dragged away from police by his legs by a protester. Fuqua says the crowd around that person formed so quickly they couldn’t even chase after him.

“Officers did not take his legs,” Fuqua said. “Clearly shown in the video the demonstrators would not allow us to even affect an arrest.”

About 20 minutes later, Fuqua says that same male was standing and walking on his own while heading back to protest illegally in the same area.

Fuqua says the public’s overall perception of what really happened is textbook false and police went after an arrest because the person had thrown multiple items at police and was a threat.