Sunday, August 9 will mark six years since Michael Brown was shot and killed by a police officer in Ferguson, Missouri. 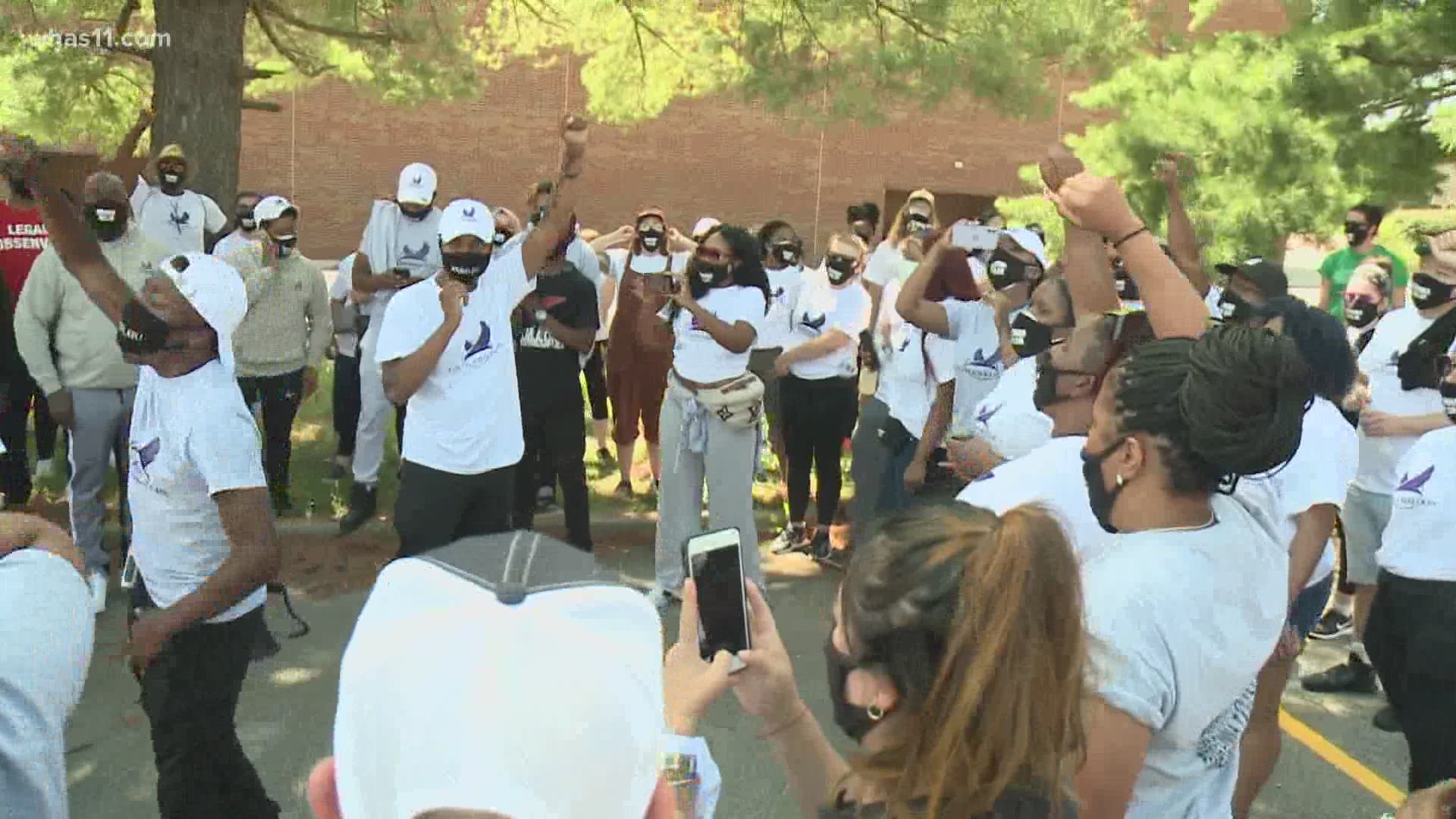 LOUISVILLE, Ky. — The co-founders of New York-based social justice group Until Freedom said they are planning on moving to Louisville as the public awaits results from the Breonna Taylor investigation.

The group, which led protests in Frankfort and at Attorney General Daniel Cameron's home, said they will "move in" to the city by this weekend. In total, 15 members will come to Louisville — four of whom from New York, while others are from different states.

"We keep saying, 'We're coming back, we're coming back,' and now is the time to say, 'This is where we're staying," co-founder Linda Sarsour said. "It just really shows people if you had any doubt about our commitment to getting justice for Breonna Taylor, we hope it put those doubts to rest."

The father of Michael Brown will also join the group Saturday. Sunday will mark six years since his son was shot and killed in Ferguson, Missouri. "From Michael Brown to Breonna Taylor: The Journey for Justice Continues" will include both Brown's and Taylor's families.

Michael Brown's father will be in Louisville, Kentucky this weekend to mark the 6th anniversary of the Ferguson, Missouri shooting and to stand in solidarity with #BreonnaTaylor's family. @WHAS11 pic.twitter.com/Ey8iwDDhzW

"We're there to amplify the work that's already happening and we're also there to come out of downtown," Sarsour said. "The rest of Kentucky has to be no sleep you got to go to the residential areas, you got to go talk to the community members and say 'Where are you about Breonna Taylor?"

The group called the investigation into Taylor's death a "landmark case" because it could set a precedent for future cases.

"The most effective that we could be is if we are on the ground every day in Louisville," co-founder Mysonne Linen said.

Most of the members will be leaving their children and parents behind in the middle of the coronavirus pandemic.

"This is the kind of sacrifice that we’re willing to make, we deeply believe in the work that we do," Sarsour said. "If we can't get justice for one woman in Louisville, Kentucky how are we going to expect to get justice for Black people across this country?"

They said once they move in, they are going to organize demonstrations and community service events.

"It's not just about fighting, rallying and marching every day, but it's also what we can give back to the Louisville community," Sarsour said."We bring a lot of resources, a lot of skills and a lot of training."

Until Freedom first came to Louisville to rally for Taylor days before Memorial Day weekend and from there they have made additional stops in town. The most recent one was in front of Kentucky Attorney General Daniel Cameron's home in July where 87 protesters were arrested.

“Our job as seasoned activists and leaders is to bring that expertise, bring that understanding, bring that passion and motivate these people who really want justice in the right way," Linen said.

RELATED: 'We are here to hold Daniel Cameron accountable': 87 arrested after protesting at attorney general's home