The Yuma Police Department said the incident happened in the middle of an apartment complex parking lot last Thursday. 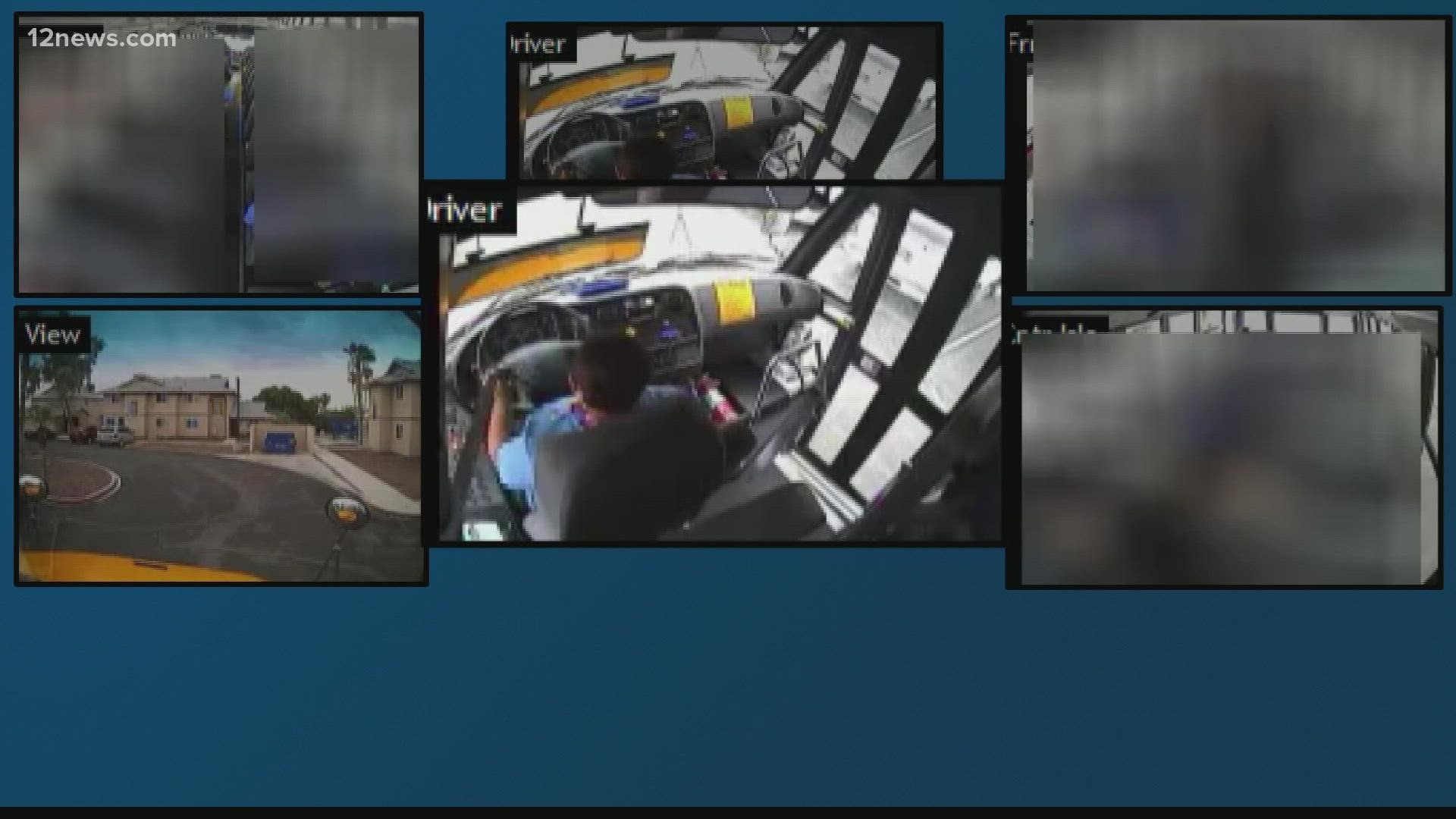 PHOENIX — A recently obtained video shows an Arizona school bus driver slamming on her brakes purposely with 44 kids on board. She is now facing more than 30 years behind bars.

The video, obtained by 12 News, shows views from inside and outside of the bus as children scream after the driver, Nona Scott, slammed on the brakes. She is now facing 21 counts of assault, 44 counts of endangerment and one count of false reporting. Investigators said 21 of the kids were injured as a result of Scott’s actions.

The Yuma Police Department said the incident happened in the middle of an apartment complex parking lot last Thursday.

Scott told investigators something ran in front of the bus forcing her to apply her brakes. But the video shows her seemingly braking out of frustration.

“I had to brake hard because some of you students were acting up. This is not right!” Scott screamed in the video taken from inside the bus.

IN OTHER NEWS: Neighborhood fight in Mesa ends in two deaths

A child can be heard screaming, “my neck hurts!”

Although officers blurred the video, you can see one student’s head jolt violently. Some of them can be heard crying in pain.

Scott has been a bus driver for about two years. If convicted, she faces up to 33 years behind bars. She is out of jail on a $10,000 bond.

ALSO: More evictions filed in Maricopa County last month than in any month of the pandemic