Some quick thinking saved the pooch from serious injury. 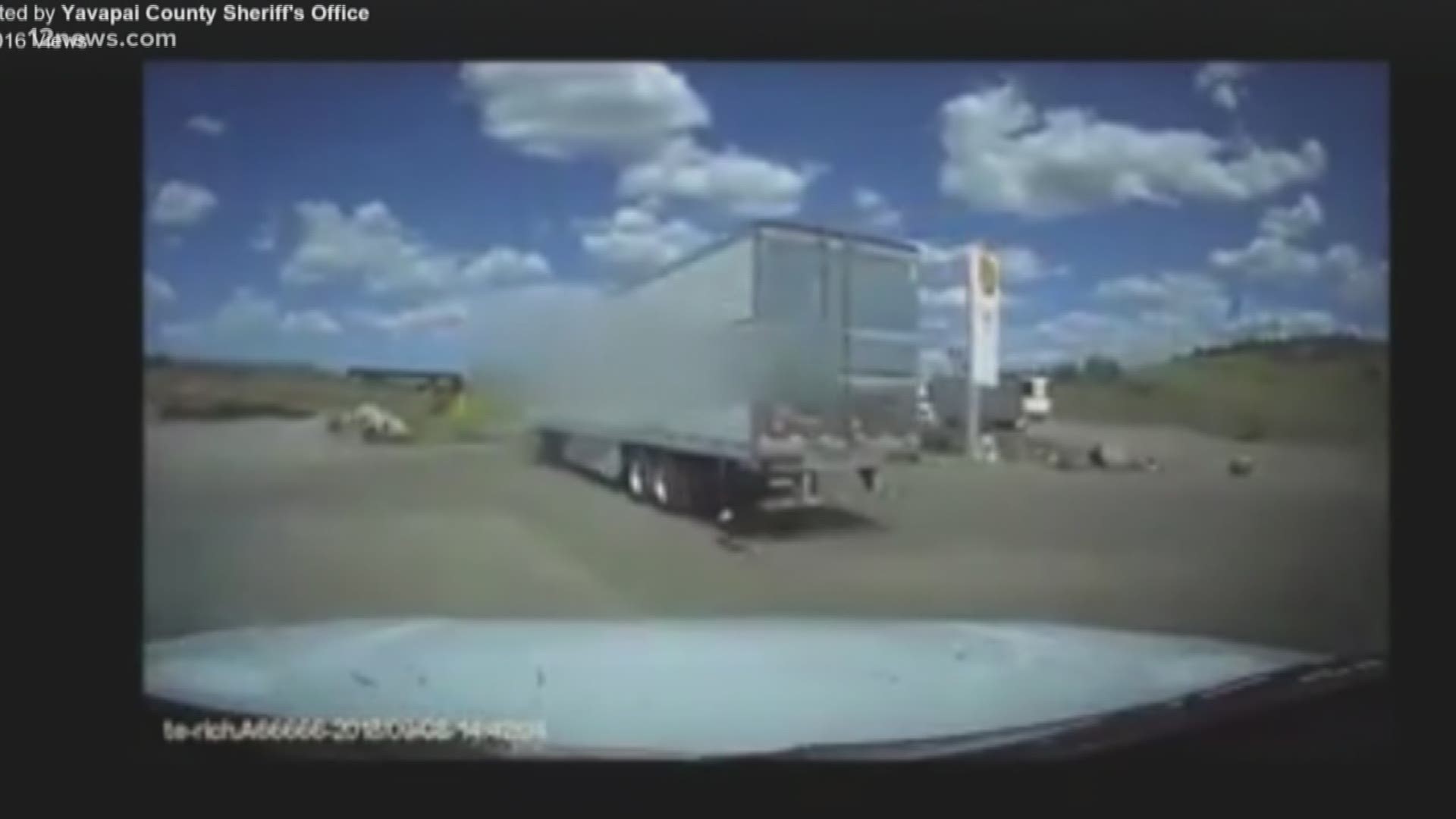 ASH FORK, Ariz - Talk about being at the right place at the right time. The Yavapai County Sheriff’s Office posted an incredible video of a dog being saved from the back of a semi-truck.

In the dashcam video posted on Facebook, you can see a semi-truck drive away from a gas station on Sept. 8, 2018 near Ash Fork, Arizona with a dog attached to the trailer bumper.

YCSO Volunteer in Protection (VIP), Stephen Edgar, was on his was to an unrelated animal abuse call, when he arrived at the wrong Ashfork Shell station.

As he was pulling out to head to the correct location, he happened to notice a dog tied to a semi, as the semi was rolling out of the station.

"It only took a split second to realize I had to get him stopped," said Edgar. ""At first, I honked the horn, but realized, they probably hear horns honking all the time, so that's when I hit the sirens and lights and that got his attention very quickly."

"The driver, when he realized what happened, he bailed out of the cab really fast. [His] cell phone was hanging out, worked his way back to the dog, and he was very grateful that I got him stopped." said Edgar.

The driver was distracted and forgot Jauney was still on the leash. YCSO did not charge him with anything.

For more information on this program, visit the YCSO website.