A relaxing day on Lake Pleasant in Arizona turned into a rescue mission for a Valley woman and a hawk who fell into the water. 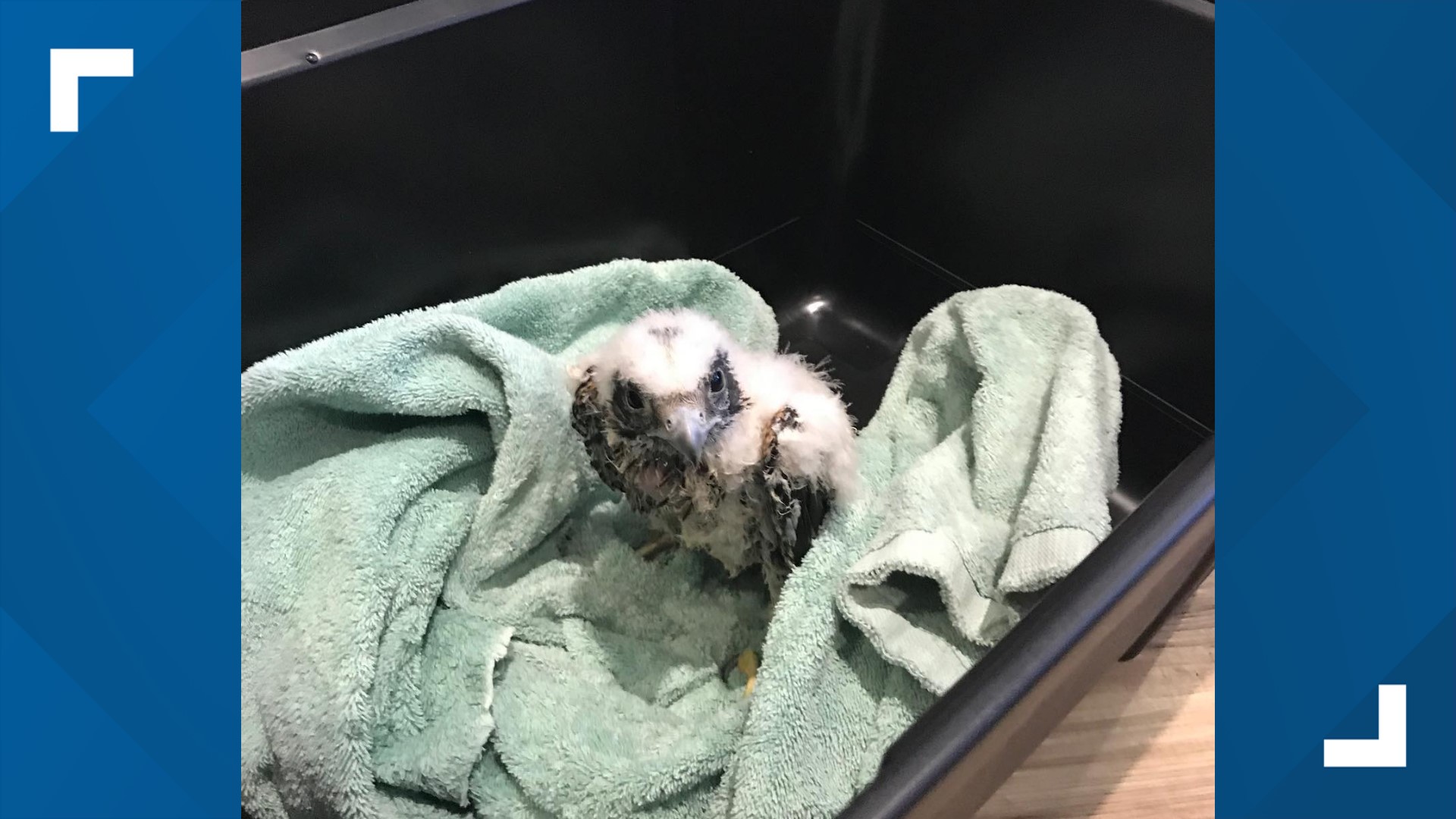 PHOENIX — It all started as a nice relaxing day near Scorpion Bay in Lake Pleasant. But for Deserae Blanco, the getaway suddenly turned into a wildlife rescue mission.

During her trip to the lake on July 11, Blanco said she and the other guests on a boat were riding near the north point of the bay when they noticed a baby bird fall off a cliff and into the water below. She noticed the bird looked like it couldn’t swim as it struggled to keep its head out of the water.

That's when Blanco knew she had to do something. So she jumped into the water to bring the young bird to safety.

"I remember seeing this big fluffy ball of animal kind of fall off the cliff," she said describing the moment. "So without even questioning it, I just jumped in."

Blanco said she used a pool noodle to help wrangle the bird from the water. She added that the bird immediately grabbed on to her arm as she got near.

With the animal safe on the boat, the group returned to the marina and called the Arizona Game and Fish Department to come pick up the little bird. Blanco shared photos of the rescue on her Facebook page and said the whole thing was a "surreal experience."

An official from the Arizona Game and Fish Department said the bird was identified as a juvenile Cooper's Hawk estimated to be around 10-12 weeks old.

A volunteer from Wild at Heart responded to the marina to take the bird to their center for care. The AZGFD official said the hope is to be able to eventually return the animal to the wild.

ALSO: Rare gorillas in Nigeria captured on camera with babies