Police said the mayor and police warned the owner twice that he needed to close his shop before they issued a citation. 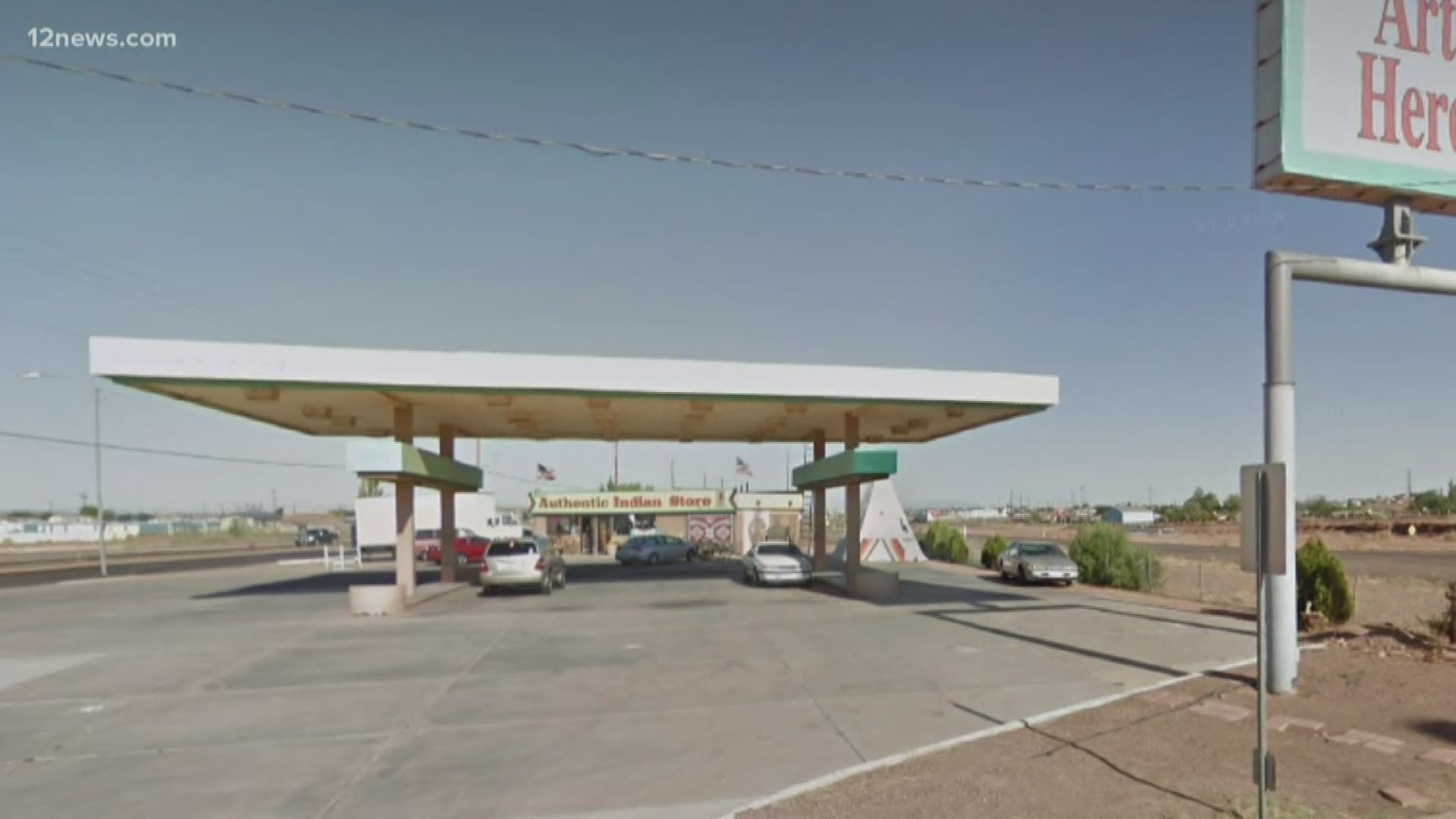 WINSLOW, Ariz. — The owner of a curio shop in Winslow was cited over the weekend for keeping a non-essential business open in spite of an executive order.

The mayor of Winslow received complaints from business owners and citizens about the Authentic Indian Store, which primarily sold Native American jewelry, police said. They told the mayor that the shop was violating Gov. Doug Ducey's order that closed down all businesses that aren't deemed "essential."

The mayor personally visited the store and warned the owner it was in violation of the executive order.

Winslow police went to the store several hours later and contacted a man who claimed to be the owner, who refused to provide his name.

The store was warned a second time, but the man insisted he was in compliance with the executive order because he had rolls of paper towels, a bag of dog food, candy bars and had ordered some hay to sell.

The man told police that these items meant it was now a "department store." Officers said there were no grocery items or medications that would make it an essential business.

Police said they talked to the man again, who claimed his constitutional rights were being violated and that COVID-19 was a "hoax."

Police told the man he would be cited for violating the executive order and asked for his ID. The man refused to show his ID, again stating that his constitutional rights were being violated.

Police handcuffed the man and placed him in a patrol vehicle. The man was identified as 71-year-old Daniel J. Mazon of Winslow.

After learning his identity, police issued a citation for violating the executive order, a class 1 misdemeanor.

Police said Mazon is the only business owner in the city to be cited for a violation of the executive order.

RELATED: Updated: What you can and can't do under Arizona's stay-at-home order