The fire, like so many others this season, was human-caused. 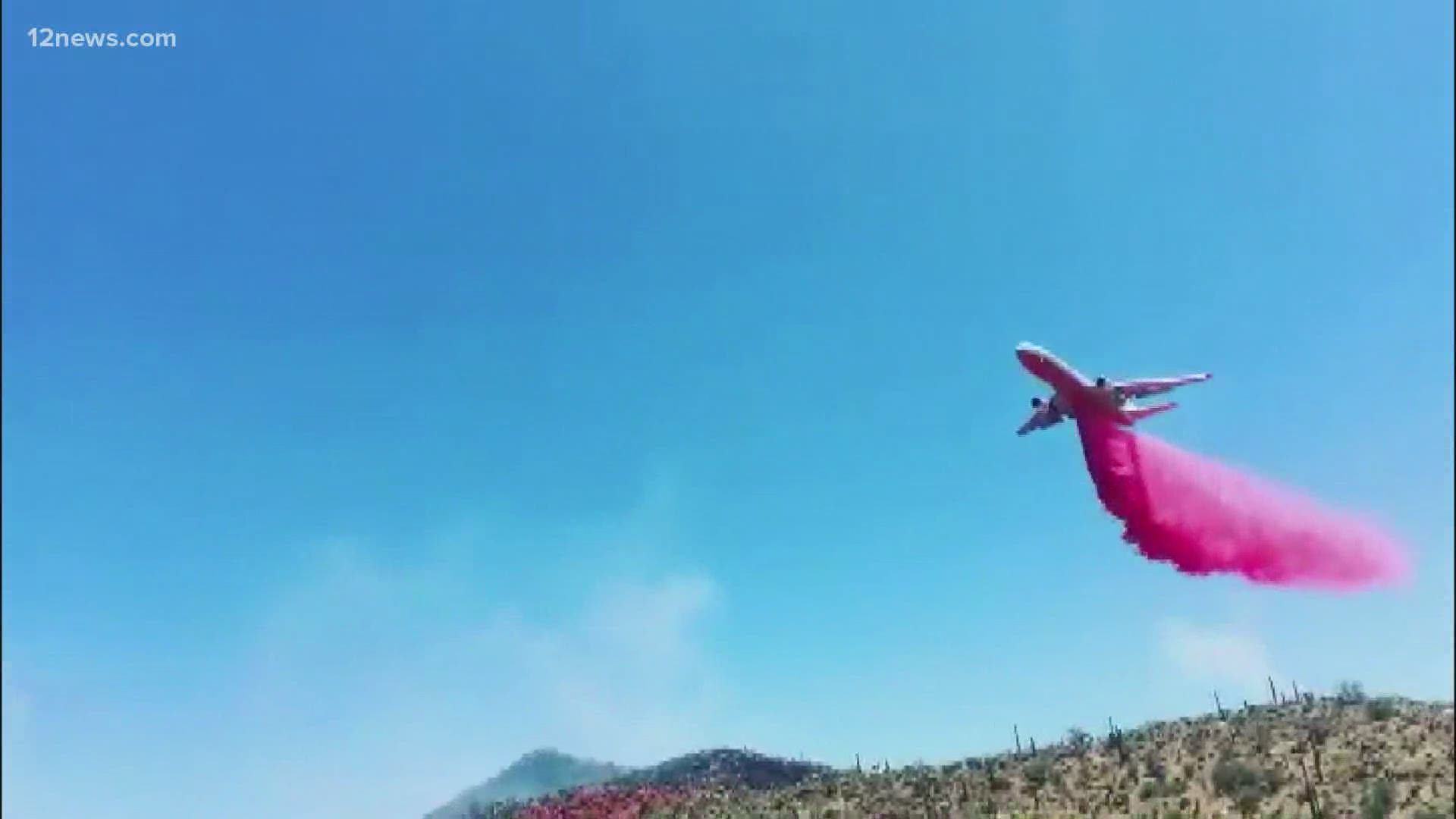 The fire, called the Cottonwood Fire, had burned about 150 acres in the Mineral Mountains and is 75% contained, the Arizona Bureau of Land Management said. The smoke was visible from the US 60 in Apache Junction.

Firefighters said there is one structure about a fourth of a mile north of the fire, but crews aren't sure what kind of structure it is.

About 45 personnel worked with various aircraft to put out the fire on Saturday. The fire's forward progress was stopped shortly before 3 p.m., firefighters said.

Investigators are looking into the cause of the fire, but they did determine it was human-caused.

Meanwhile, another fire that started earlier, the Maverick Fire, has been burning since Friday in eastern Arizona. Crews began to secure the fire line and mop up around 4 p.m.