According to court documents, the caller reported she assaulted her three children because they all had tested positive for COVID-19 and were not wearing masks. 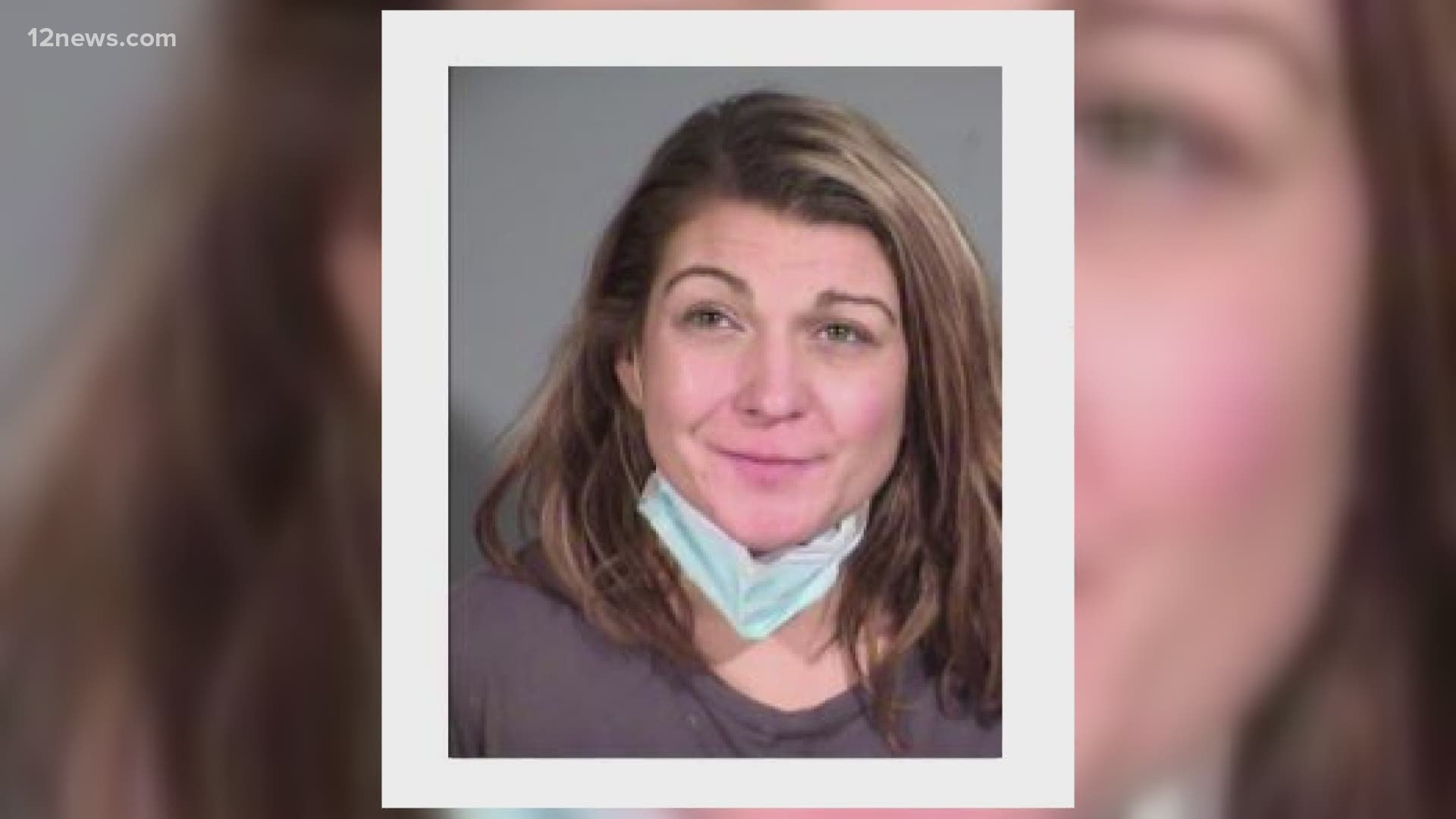 WICKENBURG, Ariz. — Police in Wickenburg arrested a mother who allegedly assaulted three of her children who all had tested positive for COVID-19 and were not wearing masks, according to court documents.

Court docs say officers responded to the home on Dec. 26 when a caller stated Sarah Boone assaulted her children by hitting one in the face with an open hand, kicking another on the ground and picking up another child by their neck.

The caller said she did it because the children tested positive for coronavirus and weren't wearing masks.

Police tell 12 News the children are between the ages of 5 and 14 years-old and they did not need to go to the hospital after the incident.

Police say Boone left the home after police were called and she was later found walking down a street.

When approached by officers, court docs say Boone did not respond to instructions and when officers tried to place her under arrest, she resisted, was taken to the ground, and was tased by officers.

Boone was booked on three felony counts of child abuse and misdemeanor charges of assault, disorderly conduct and resisting arrest. She's being held on a $5,000 bond and is instructed to not initiate contact with her children if released on bond.

Police tell 12 News Boone was arrested in September on similar charges involving the same kids. In November, they responded to her home twice for domestic violence involving the children as well.

Louge said it's often overwhelming stress that leads to kids being abused by their parents.

“Stress tends to build so the job of prevention is really to help parents cope with that stress, and also to remove as much stress as possible. So, connect them to things that they need that might alleviate stress," Louge said.

Find more information on how to prevent child abuse and support parents at this website: https://pcaaz.org/