'Why can't I just get a test?': COVID-19 testing still limited in Arizona as commercial labs expand capabilities

Labs like TGen have more than doubled the tests they can process daily, but say they’re not operating at capacity because they aren't getting enough swabs sent in. 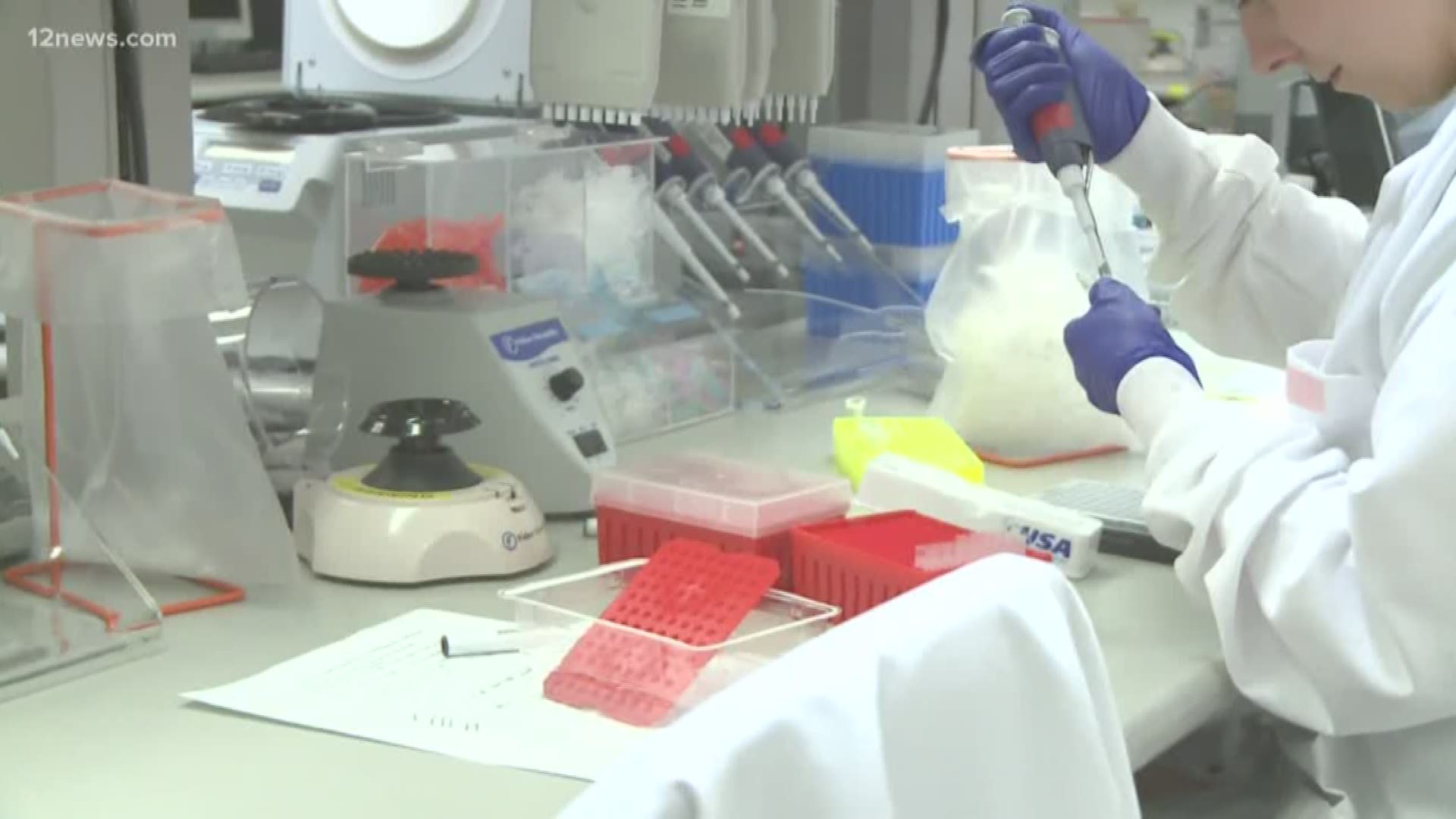 PHOENIX — In order for Arizona to reopen, President Donald Trump is calling on states to step up their testing. That’s been an issue plaguing Arizona since the outbreak started: There aren’t enough tests to go around.

For several weeks, the state says test shortages have been to blame and that’s still the case.

But as the commercial labs start to ramp up testing capabilities, the state's guidelines still limit who can get swabbed.

"I couldn’t get out of bed, super high fever, I had no appetite," De La Torre said.  "I was finally like, could this be the virus?"

Cathleen says she started to feel sick mid-March and wanted a COVID-19 test. Her husband had recently returned from a trip to Washington and her father was recently hospitalized with a stroke. His hospital had confirmed cases of the virus, so she knew she had exposure.

She tried to get a test from her own doctor, a drive-thru site, even the department of health. But each time, she was told she didn’t fit the testing mold.

RELATED: Where are my results? Arizonans getting swabbed for COVID-19 but not getting answers

"They still said I didn’t qualify because I was too young and I did not work in a hospital or assisted living facility. "It was really frustrating. I just felt like, why can’t I just get a test?"

Since mid-March, the state has directed labs to prioritize testing people like healthcare workers and first responders and have discouraged doctors from running tests on just any patient, leaving people like De La Torre to guess about their health.

She self-quarantined for two weeks anyway, not wanting to put her family at risk, especially her father recovering from a stroke.

Walgreens just opened two drive-thru testing sites in Arizona, one in Tucson and one in El Mirage. But you can't just roll up and get swabbed. You have to be screened and approved before getting an appointment to get tested.

RELATED: 24-hour test: Lab says it can test thousands for COVID-19 per day and produce results in a day

Private labs like TGen in Flagstaff have more than doubled the tests they can process on a daily basis since March. They started running 150 tests a day but can now process around 600 daily. They're also working on expanding types of testing, like antibody tests to see if someone has had COVID-19.

"In this type of a system, we continue to scale to meet the testing need for our partners," said Dr. David Engelthaler, director of TGen's infectious disease division.

But they say they’re not operating at capacity because they aren’t getting the swabs. Part of that they say links back to supply chain issues, the other is just not enough samples are being taken in the state.

"The virus is not going to go away. We have to be ever vigilant, looking everywhere for this virus and doing the testing and doing the sequencing to support public health," Dr. Engelthaler explained.  "They can make decisions where the virus is most prevalent and use public health measures to try and keep the virus low overall."

Quest Labs, another on of the state's partners, claims they can now run 45,000 tests a day across the country. Arizona’s test tracker shows almost 50,000 tests total over the past seven weeks.

And keep in mind, that number doesn’t include people like De La Torre, operating on assumption, not results.

"I just really want to know," she said. 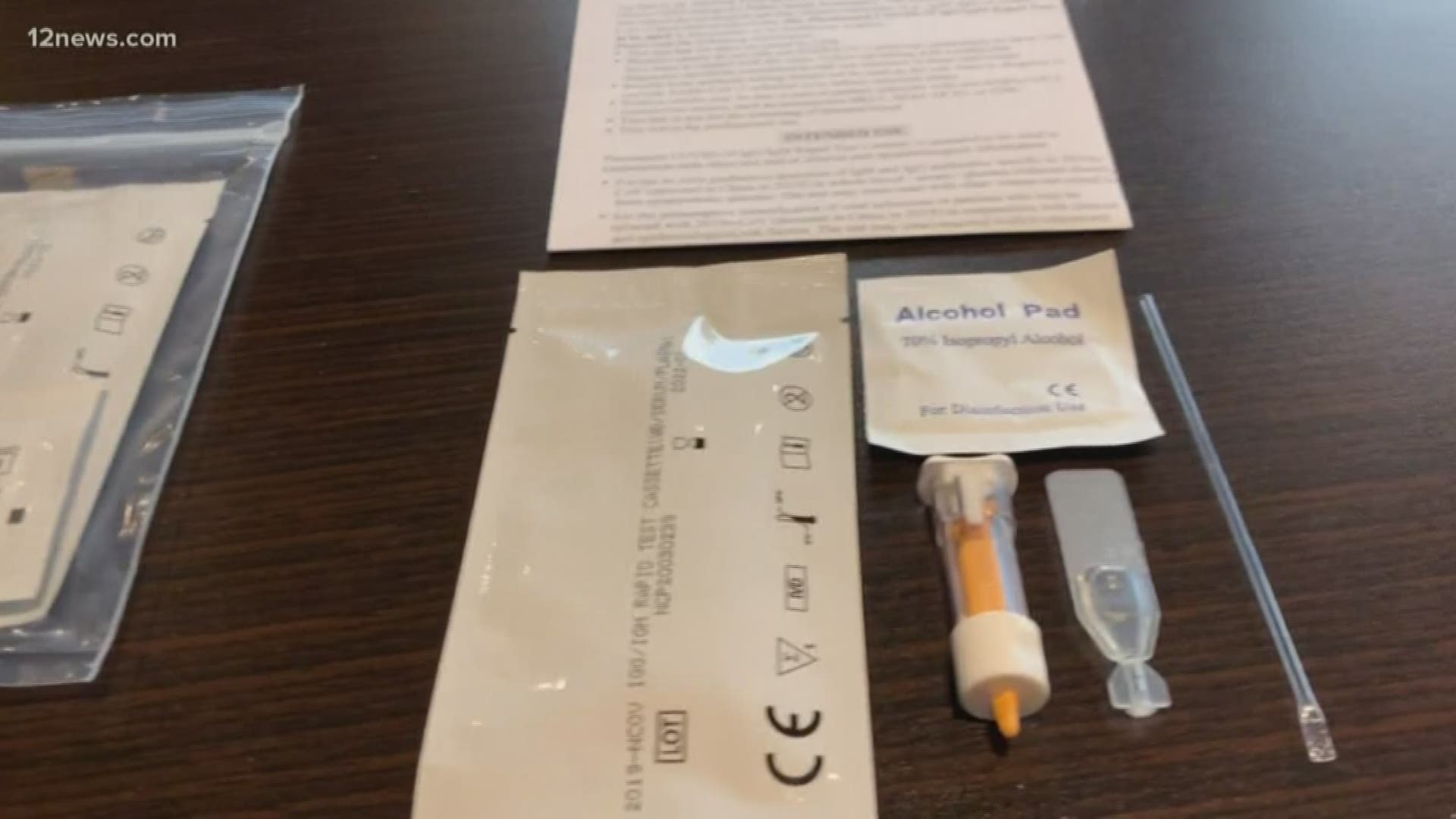