Why Arizona sports gambling won't be legal for a while

"It's going to be up to the policymakers here - the governor, the legislature to make those decisions, whether they want to allow sports gambling, working with tribal governments," Arizona Attorney General Mark Brnovich said. 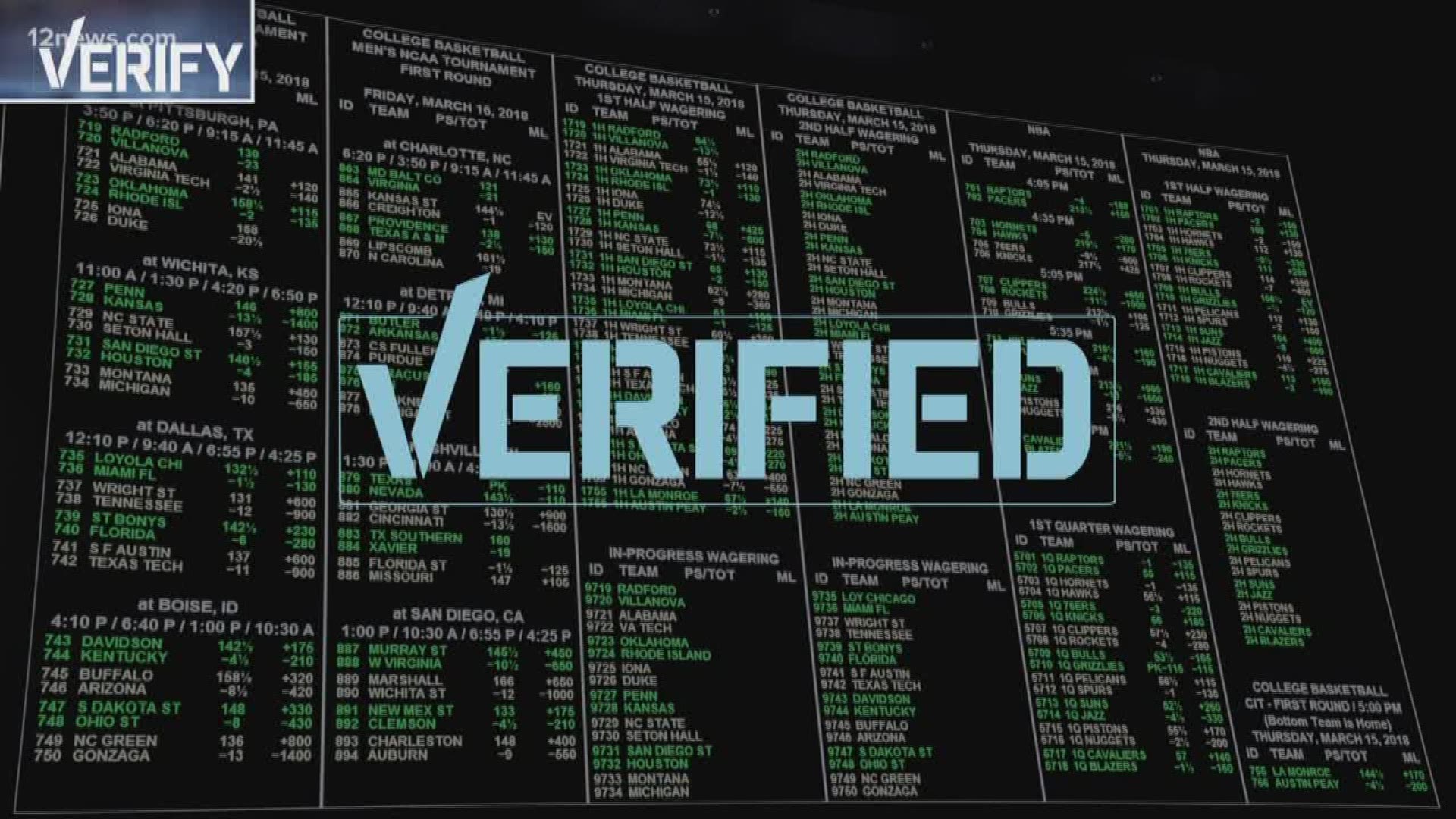 The U.S. Supreme Court on Monday let states legalize sports gambling, but you won't be placing a bet on the Arizona Diamondbacks anytime soon.

This is positive news. We have been working on a modernized gaming compact. This ruling gives Arizona options that could benefit our citizens and our general fund. https://t.co/pGUT6yC8tt

Ducey is in the middle of renegotiating the voter-approved, 2002 gaming compact that governs tribal gambling in the state.

"It's going to be up to the policymakers here - the governor, the legislature to make those decisions, whether they want to allow sports gambling, working with tribal governments," Brnovich said.

Here are the key players:

Arizona's tribes: Their two-dozen casinos pay out about $80 million to the state under the gaming compact. Sports betting will be part of those talks, according to Stephen Roe Lewis, governor of the Gila River Indian community:

"We are looking forward to discussing with the state how we can go about working together on developing this opportunity, which could be a win/win for the State of Arizona and Arizona tribes."

State Legislature: Lawmakers would have to sign off on legalizing sports betting—everything from daily fantasy sports to betting on sports is illegal in Arizona.

Some lawmakers are game to change that.

Two years ago, a bill that would have legalized fantasy sports betting failed. This past session, there was a half-hearted attempt to legalize all sports betting.

The earliest any legislation could be debated would be January 2019, with the start of the next legislative session.

As governor, however, Ducey could call lawmakers into special session at any time.

The pro sports leagues: The NBA has been a leader in pushing for legalized betting on sports.

After the high court's ruling Monday, the NBA, NFL and Major League Baseball said they wanted Congress to create nationwide regulations for sports betting. All say they're concerned about the integrity of their games.

The leagues are also lobbying at the federal and state levels for a so-called "integrity fee" - a cut of a state's wagering revenue to cover the leagues' costs to ensure games aren't fixed.

Betting on gambling cash: Many people are already betting that Arizona's sports-gambling haul would be funneled into education or other pressing needs.

In Nevada, sports betting revenue of $200 million produced just $14 million in tax receipts, according to the University Of Nevada at Las Vegas.

Tribal gambling and the State Lottery deliver a combined $150 million or more to the state general fund.