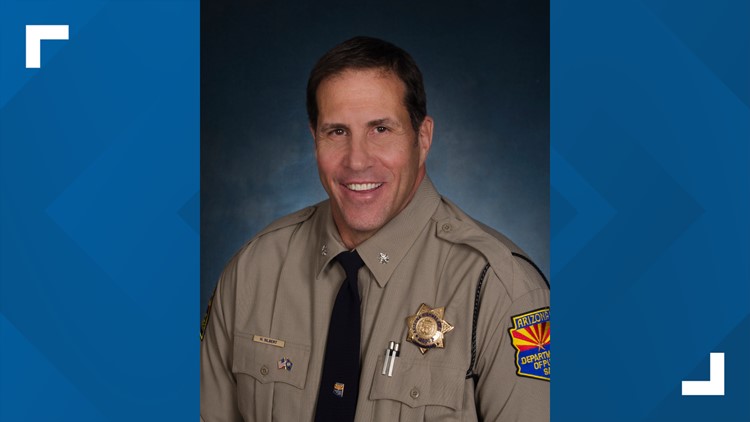 PHOENIX — Col. Frank Milstead, the head of the Arizona Department of Public Safety, will retire in April, leaving Heston Silbert to take over the position.

Silbert has been deputy director since 2015.

In a tweet, Ducey said Silbert's "commitment to #AZ spans beyond his courageous protection of public safety, with an innovative approach to management and accountability that has helped rebuild (the department).I'm grateful to have him serve as director of the agency."

RELATED: Col. Frank Milstead, director of Arizona Department of Public Safety, to step down after 5 years

The department said in a tweet that "Silbert will continue our legacy as being a national law enforcement model" with his 31 years of experience.

According to the department's website, Silbert joined the department after he retired from the Mesa Police Department, where he served as executive officer, assistant chief of police for the operations bureau and commander.

Before that, he served with the Phoenix Police Department for 22 years.

But Silbert has not been exempt from controversy.

He was investigated after he initiated a high-speed chase after witnessing the theft of a utility truck in Gilbert back in 2017.

Silbert, who was off duty during the chase, did not have a police radio and had no way to communicate with the officers involved in the chase.

Radio traffic showed other officers tried to get Silbert to stop chasing the suspect.

"If anyone can get hold of this guy to please give [the suspect] some room and let him back off," one officer radioed.

Officers appeared to be trying to get the suspect to stop running on his own and wanted officers to stay out of sight.

The suspect, 29-year-old Bradley Moore, was driving on Interstate 17 toward Camp Verde when his truck ran through a guardrail and rolled 400 feet into a canyon.

Moore was ejected from the vehicle and died at the scene.

His family later pursued a wrongful-death lawsuit against the Arizona Department of Public Safety.