Officer David Kellywood died Monday morning. He was called "a fine officer and a genuine man of character." 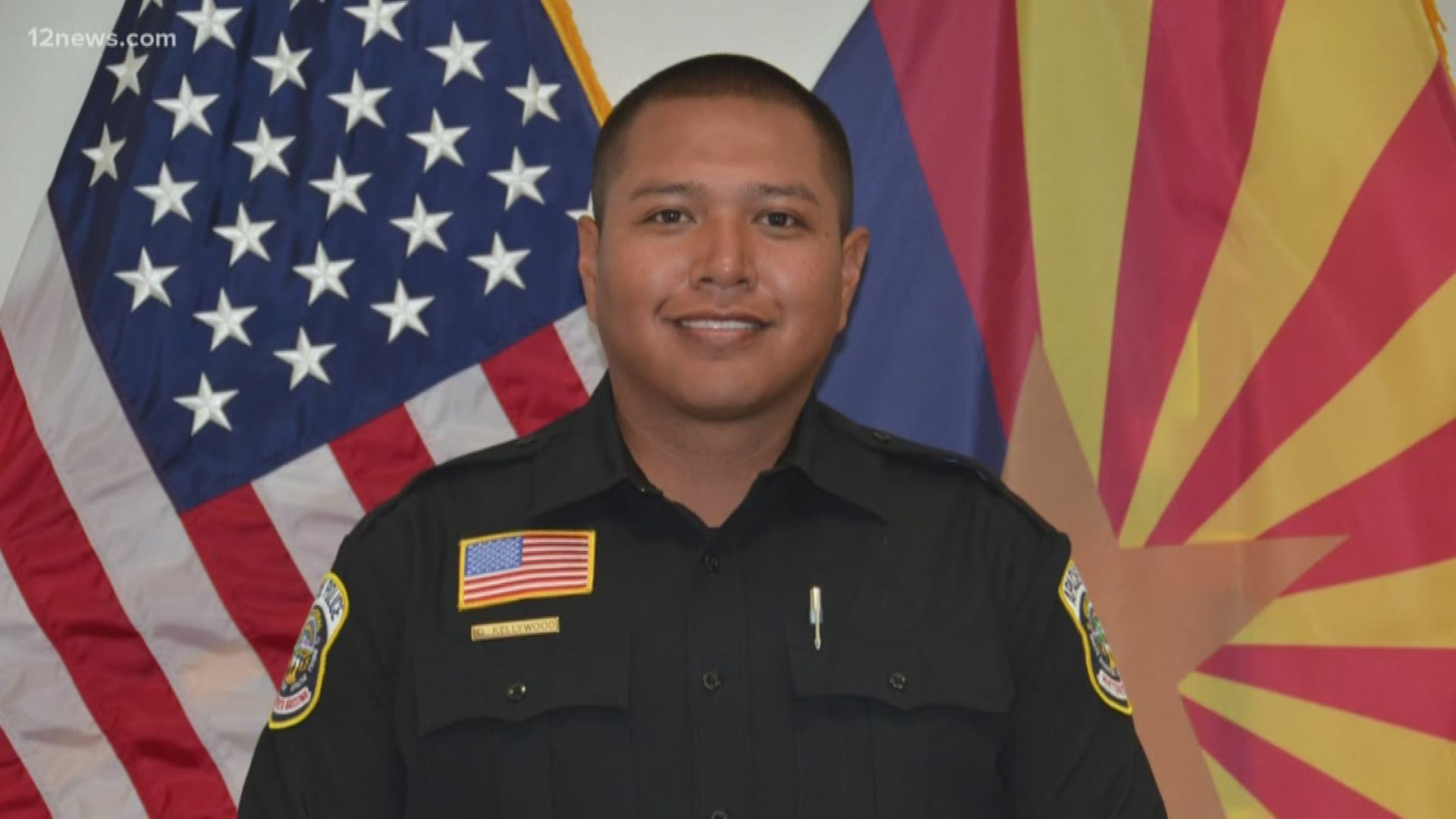 NAVAJO COUNTY, Ariz. — An officer with the White Mountain Apache Police Department was killed in the line of duty early Monday morning, according to multiple sources.

On Monday, the White Mountain Apache Tribe announced a day of mourning.

The Navajo County Sheriff's Office said in a press release that an officer was shot and killed by a suspect while responding to a "shots fired" call near the Hon-Dah Resort Casino on the Fort Apache Indian Reservation.

The department said officers from the White Mountain Apache Police Department responded to the call just before 1 a.m.

The first responding officer found the suspect, who "immediately engaged in a violent, physical altercation with the officer."

The officer was shot during that altercation, authorities said.

A second officer arrived shortly after and shot the suspect.

Both the officer and the suspect were taken to a local hospital, where they both died of their injuries.

"The Navajo County Sheriff’s Office would like to express our deepest sympathy for the loss of the White Mountain Apache Police Officer who lost his life serving his community today," part of the press release said.

The investigation is being led by the FBI.

The FBI said in a statement that there were no outstanding suspects in the shooting.

12 News' Ron Rosendale captured a photo of some flowers near the scene of the shooting.

Credit: Ron Rosendale
Silver Creek Mortuary, where an Arizona police officer's body was taken after he was shot and killed in the line of duty.

Arizona Gov. Doug Ducey said the tragedy is a "reminder of the dangers our law enforcement officers face every day."

The Governor announced Monday afternoon flags at all state buildings will be lowered to half-staff from sunrise to sunset on Tuesday to honor Kellywood.

Kellywood's remains were escorted to Tucson on Tuesday. The Navajo County Sheriff's office said the autopsy will be done by the Pima County Medical Examiner's Office, then his body will be moved back to Navajo County.

Law enforcement across Arizona expressed their condolences on social media.

Winslow Police Department
Our deepest condolences to the family, friends and fellow law enforc... ement employees at the White River Police Department (White Mountain Apache Tribe) who experienced the death of a police officer early this morning while in the line of duty. Rest In Peace sir, thank you for your service.