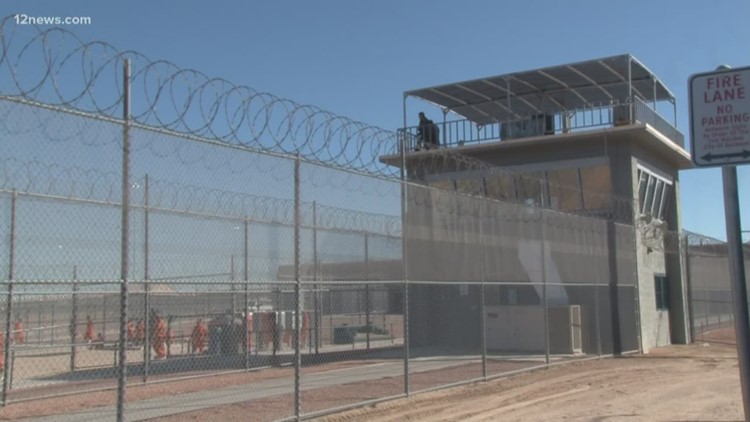 Whistleblower says Gov. Doug Ducey is being lied to about Lewis Prison locks by corrections officials

PHOENIX — The head of a union that represents prison guards said Thursday that door locks at a prison southwest of Phoenix are still not being fixed, putting officers' and inmates' lives in danger.

Shaun Holland, a long-time corrections officer supervisor, filed a whistleblower complaint regarding the broken locks at Lewis Prison on Monday.

PREVIOUSLY: Prison supervisor claims broken cell locks are being reported as fixed when they're not

In the complaint, he claimed work reports that doors were being fixed were at times falsified. Holland estimated about "85 percent" of work orders were falsified.

But a spokesperson for the Arizona Department of Corrections said a plan to implement a long term solution is being implemented.

"There’s no more important issue than the safety of our officers. We are taking this issue seriously and have begun a full review of the claims made in the December 2, 2019 letter," part of the statement read.

"Our focus continues to be on the safety and security of our officers and inmate population, as well as on the ongoing efforts to address the door/locking issues that exist. The implementation of a long-term solution is currently underway."

The issues regarding broken cell door locks at Lewis Prison have been in the news since earlier this year.

Videos released this spring showed inmates able to unlock their own cell doors, brutally attacking correction officers on the inside.

The videos helped spark an investigation into the prison's issues.

“They were supposed to fix some doors. Did they do it? Absolutely not,” Carlos Garcia, head of the Arizona Correctional Peace Officers Association, said.

"I trust the information I'm getting," Gov. Doug Ducey said.