The Arizona senator died Aug. 25, 13 months after he was diagnosed with brain cancer. 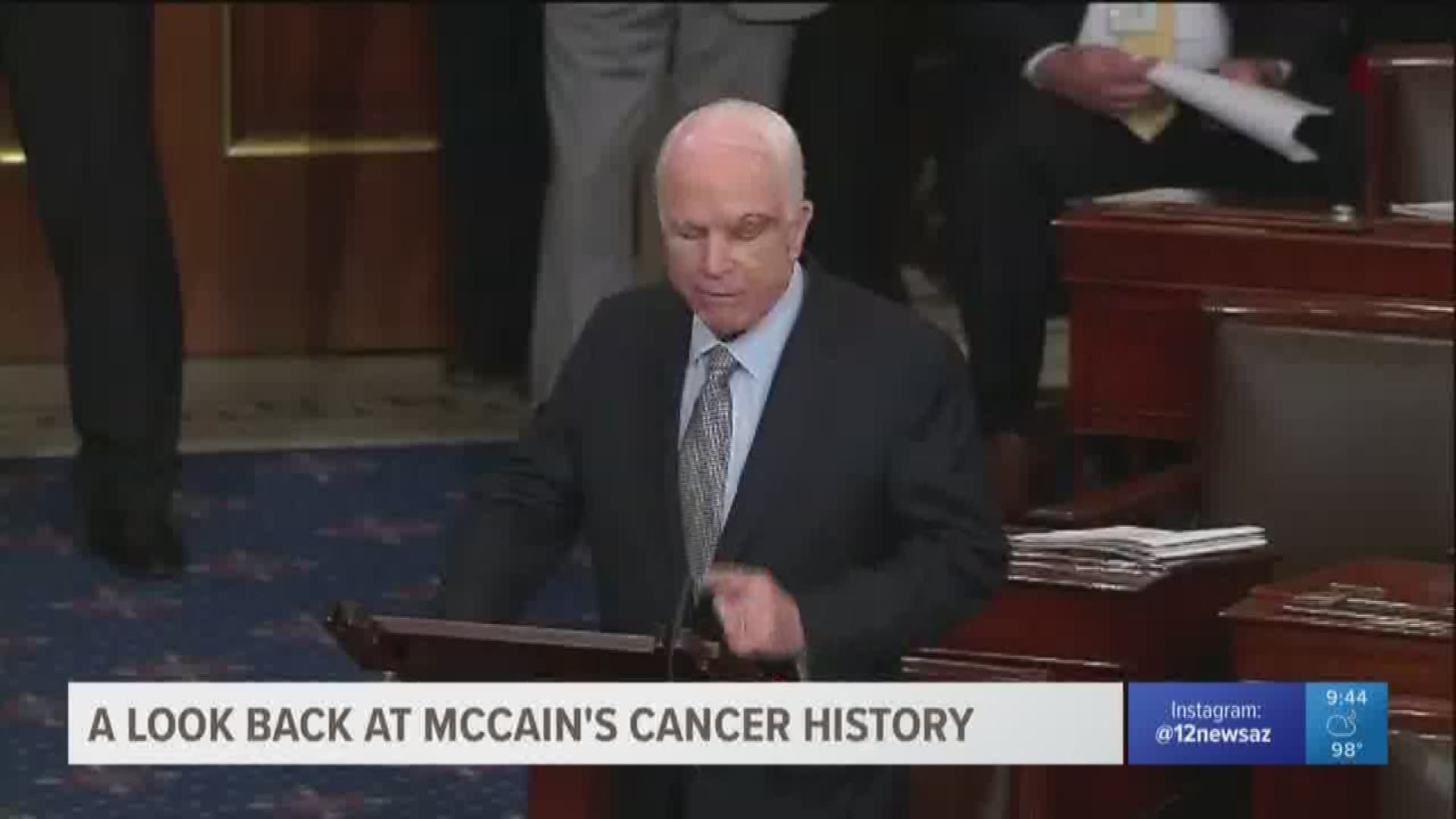 It was a week after McCain underwent surgery for a blood clot near his eye. The procedure revealed a cancerous primary brain tumor. McCain returned to Washington D.C. shortly after his diagnosis but left in Washington in December to go home to Arizona. He did not return.

After leaving D.C., Arizona's senior senator was hospitalized for side effects related to his cancer treatment, received treatment for a "minor tear" in his Achilles tendon, and underwent intestinal surgery at the Mayo Clinic in Phoenix.

According to American Brain Tumor Association, glioblastomas are tumors that usually contain a mix of cell types, making them difficult to treat. These tumors are usually found in cerebral hemispheres of the brain.

There are two types of glioblastoma, primary and secondary. Primary glioblastoma tumors -- which McCain had-- form quickly. It is the most common type and very aggressive. Secondary, may begin as lower-grade tumors and slowly become higher grade.

The median survival time for adults with more aggressive glioblastoma is about 14.6 months.

How is glioblastoma treated?

Dr. Nader Sanai, a neurosurgical oncologist at the Barrow Neurological Institute said the typical treatment course for patients who are battling glioblastoma involve both chemotherapy and radiation.

“The treatment has three phases. It starts with surgery. The goal is to remove everything you can see on the scan," Sanai said. "We know for these patients there are cells that you can’t see on the scan. That’s why you have the second two phases of treatment, which is a combination of chemotherapy -- typically a pill -- and radiation therapy, which is a six-week course of doses of radiation every day."

Dr. Michael Lawton, a neurosurgeon and Barrow Neurological Institute president and CEO, told the Associated Press that a diminished quality of life, such as inability to speak or get out of bed, takes a toll and prompts patients to decide to halt treatment.

McCain died a day after his family announced he chose to stop treatment.

Neither Barrow Neurological Institute, Sanai or Lawton were involved in treating McCain.