What are Arizona's hate groups? 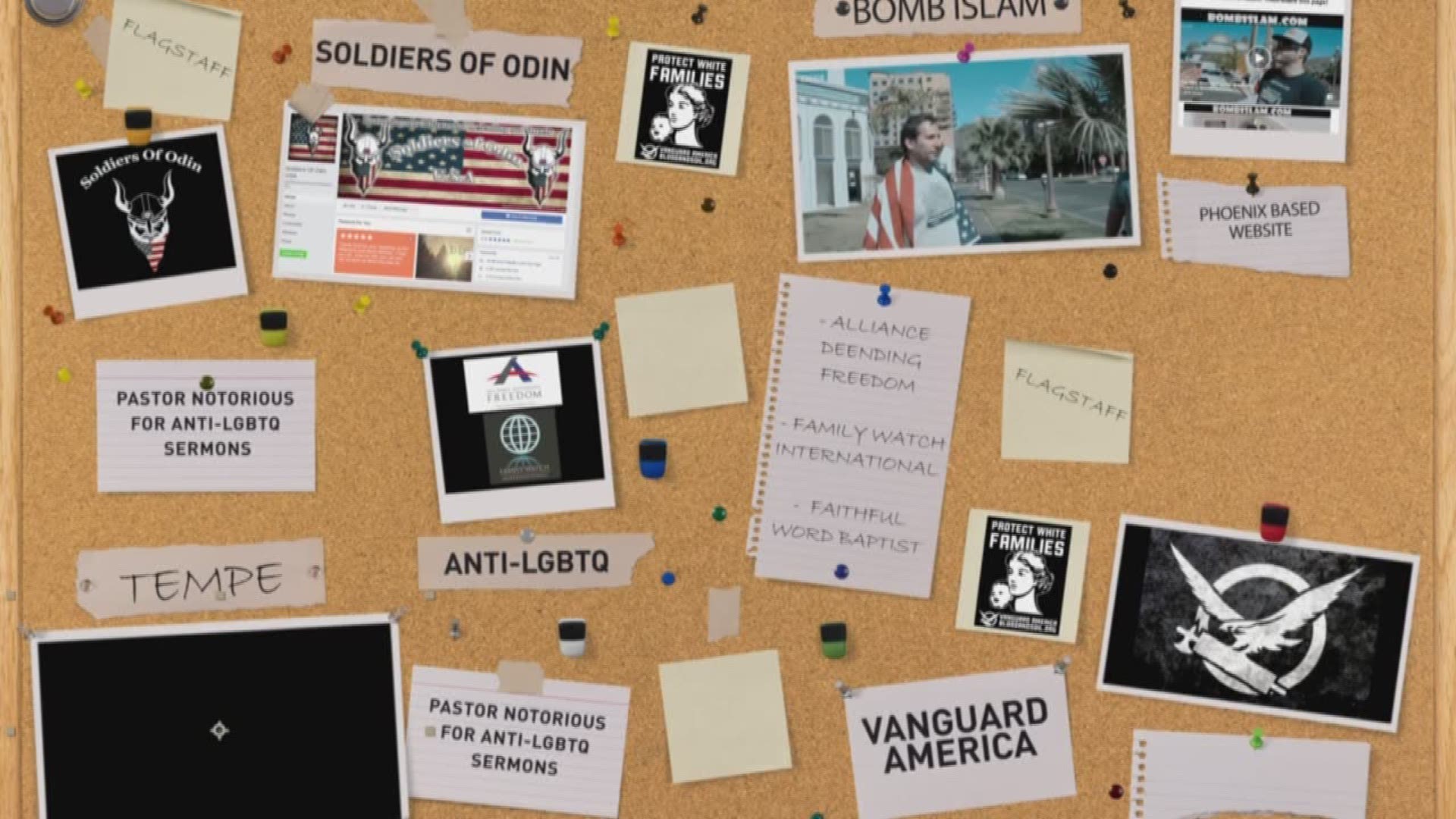 PHOENIX - The Southern Poverty Law Center has identified the hate groups it says has statewide membership in Arizona.

The Soldiers of Odin started in Europe as an anti-immigrant group, but has since spread to the 42 states in the US, the SPLC said. In Arizona, the SPLC lists it as an anti-Muslim group based in Flagstaff.

In the Phoenix area, a website called BombIslam.com features its founder harassing and insulting Muslims and Islam.

Vanguard America is a self-proclaimed "white nationalist" group, but also claims to be against gay rights, the Jewish people and says fascism is "America's next step."

The SPLC list also includes the Nation of Islam and a West Valley church called Israel United in Christ. Both are listed as Black Separatist hate groups.

The SPLC identified The Free American and ACT America as hate groups operating in Tucson.

And the group also lists the US Border Guard and American Border Patrol as anti-immigrant groups in Southern Arizona.