Search teams found a Surprise man who was reported missing near the South Rim of the Grand Canyon. 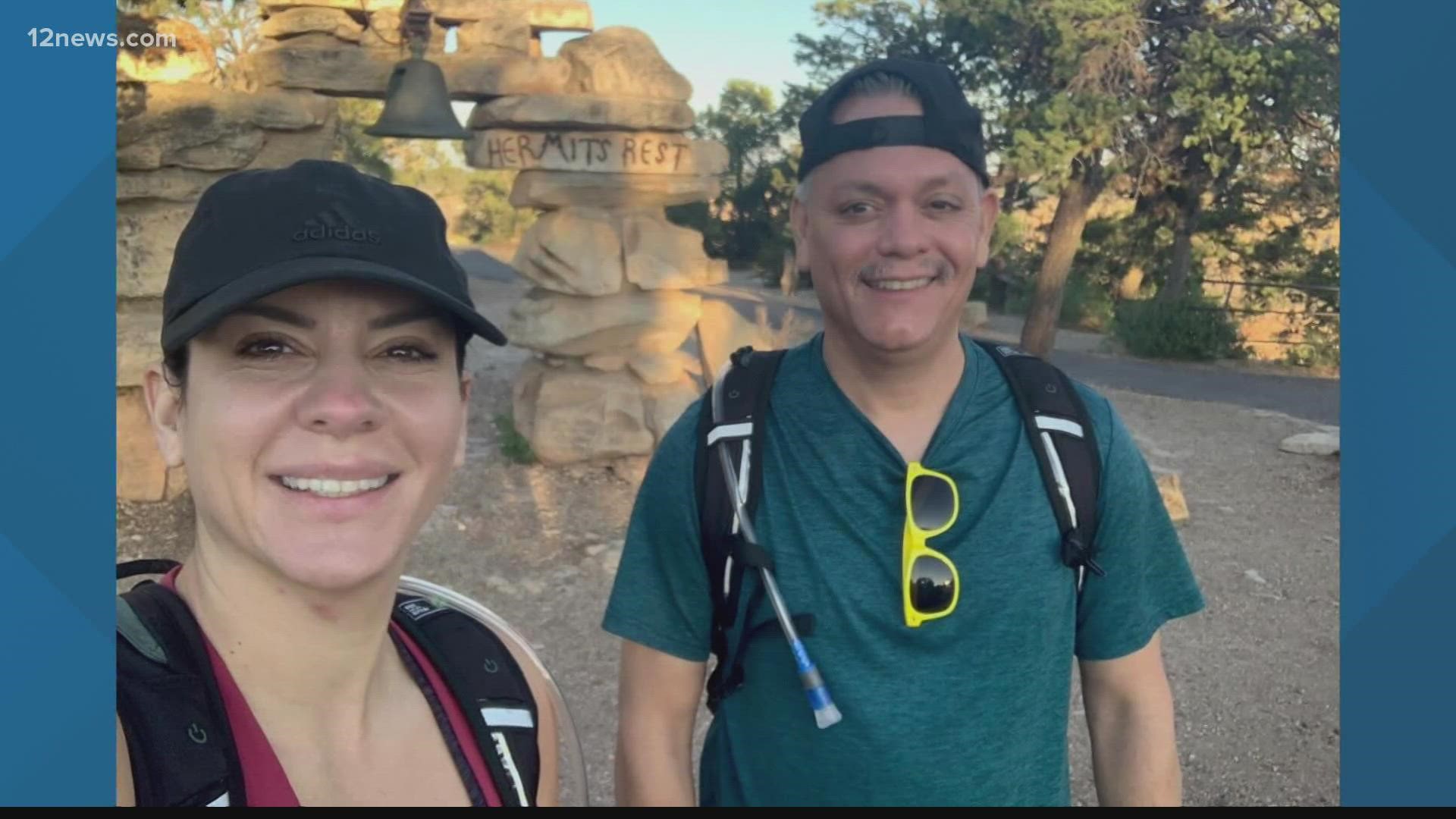 COCONINO COUNTY, Ariz. — A West Valley man was found alive on Tuesday and is recovering after being stranded at the Grand Canyon for two nights.

Authorities said 48-year-old Arturo Hernandez of Surprise was found by helicopter along Hermit Trail near Breezy Point in the Grand Canyon around 2 p.m. on Tuesday.

His sister Veronica Morgan says they frequently hike together but never usually take on these types of long trails. However, the plan was to be there for the day and head back, but that was before Hernandez started getting muscle cramps.

"We got to the bottom about 10 a.m., and his muscles started cramping up, and basically he told me to continue on the trail and get to the top and get help," Morgan explained.

She says the whole family had been worried - sharing posts and pictures of the father of six all over social media hoping to gain more resources in this search.

Morgan explained that she got lost while trying to seek help out in the wilderness. She said she slept near a creek and went for help Monday morning after filling her Camelback with spring water.

"I ended up getting lost myself and ran out of water. I spent the night near spring and filled up my Camelback with water and ate what little snacks I had, woke up the next morning, hiked to the top and waved down some help for my brother," she said.

He was airlifted out of the canyon and taken to a hospital to be examined. Morgan was thankful crews didn't give up especially when the elements started to play a role in their search.

"It could've been a lot colder. It could've been rainy. You know it was definitely windy and that prevented the search and rescue from doing what they had to do on some of the days," she explained.

Next time they hike, she said they will be smarter about the supplies they take on a lengthy hike like that, especially when it comes to water, food and warm clothes.

RELATED: Six safety tips to keep in mind when hiking during monsoon season

At least three hikers have died in the Grand Canyon this summer. An Ohio woman died from a heat-related illness during a multi-day backpacking trip in June.

Hernandez is the fifth person to go missing at the Grand Canyon this year, according to the National Park Service. But in this case, it ended with everyone okay.