Volunteers picking up pounds of trash left behind in Sedona

It seems visitors have been leaving tons of debris up in Sedona in the Beaver Creek area. 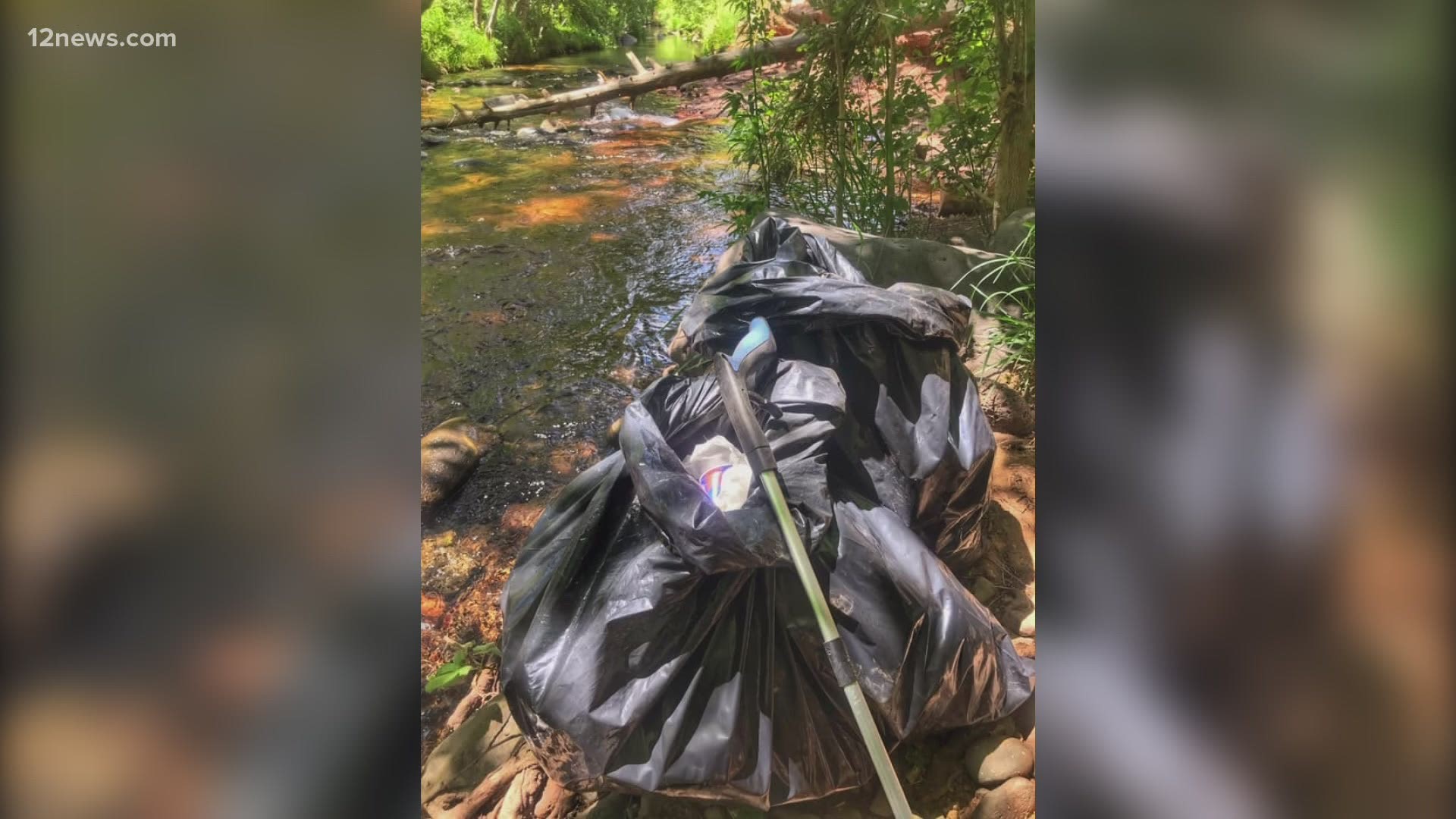 SEDONA, Ariz. — As you head to the High Country this summer to enjoy cooler temps, outdoor enthusiasts like Jason Danoff with Trail Lovers Excursions hope adventurers will clean up after themselves.

"Really shocking to see just how much, and just how closely it's getting to the water," he told 12 News.

Danoff says there's no excuse for the amount of trash they've been finding scattered in Sedona's recreational areas and in Beaver Creek.

"The toilet paper and the diapers especially, dealing with an area like Sedona that has so much flash flood potential during monsoon especially, that eventually gets down to the Verde River and eventually to the recreational lakes," he said

On the Trail Lovers Excursions Facebook page, the post about the debris received a lot of engagement and has even had people volunteer to come pick up garbage. He believes the best way to keep public places pristine, is to practice good habits and plan ahead.

"Having the necessary trash bags, being willing and ready to set an example –pick those items up – I think that sends a strong message," he added.

He is proud of the people who have been helping haul out huge bags of garbage. They have been finding everything from dirty plates to a pregnancy test.

"I do feel like it's not very hard for people to pick up a couple pieces of trash, and if that involves bringing latex gloves or whatever you're comfortable with to pick up those items,"

Unfortunately, Danoff says visitors likely leave debris behind believing someone else should pick it up.

"People are working as hard as they can they've been pushed to the limit with closures from COVID and cancellations with volunteers, so it falls upon us the people to take care of these incredible resources and the access that we've been given," he said,

The biggest takeaway would be for folks to take away the trash they bring in. And he says, if it's not too much trouble, take an extra piece so people can enjoy a peaceful and clean environment.

You can find more information on Trail Lovers Excursions here.

Trail Lovers Excursions
Decided to go straight into the eye of "the hurricane" yesterday and... clean-up the roadsides between Casner Canyon & Midgley Bridge and the creekside areas below. We got a ton of trash and have that area looking sparkly clean!!

• How clean are the public surfaces you touch every day?