We spoke with the woman who picked up the snake, Tawney Rauch, who said finding the snake in the road was the highlight of her day. 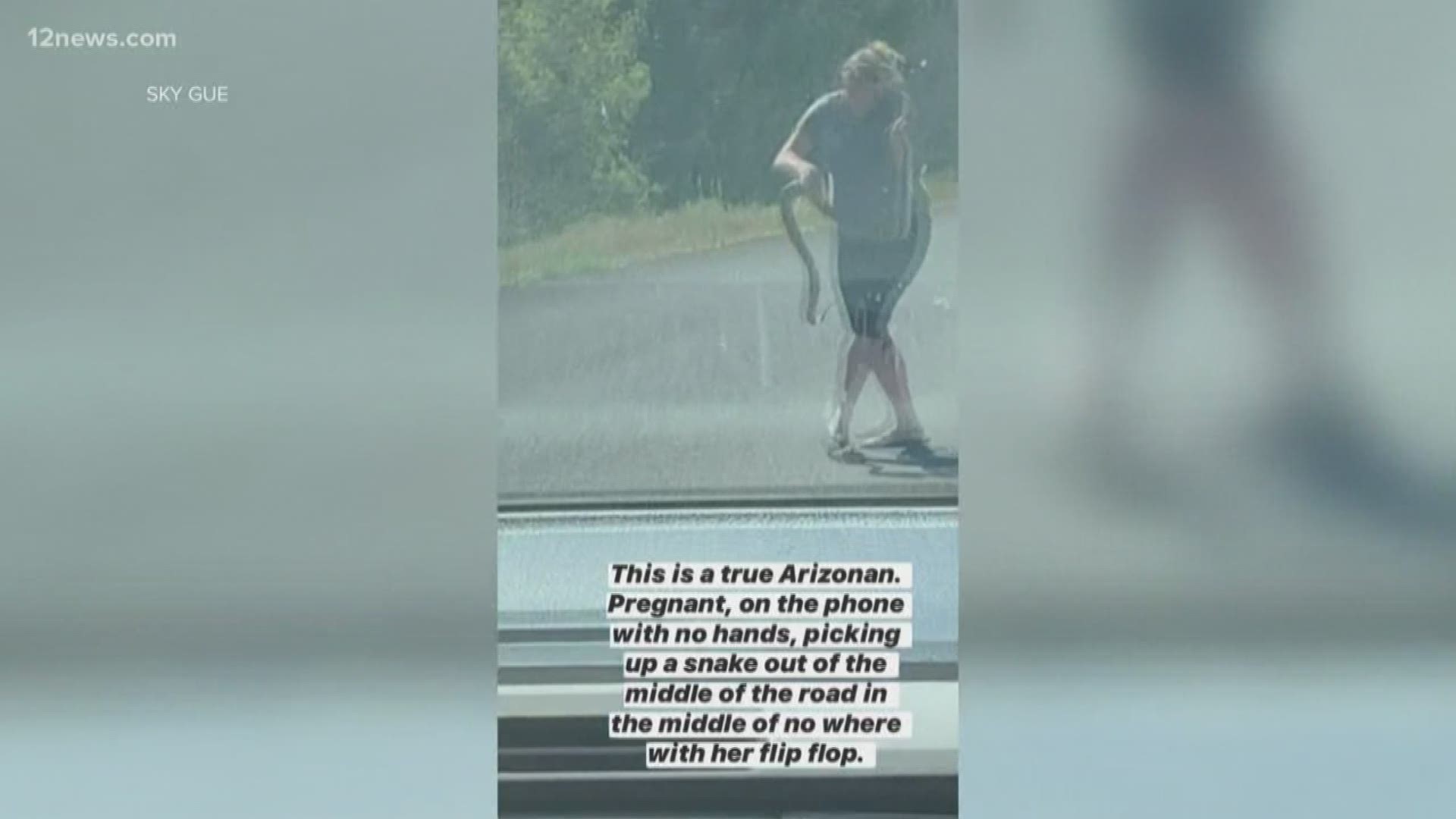 RIMROCK, Ariz. - A video of a pregnant woman picking up a snake on an Arizona road went viral on Facebook over the weekend.

The video posted to Facebook by Sky Gue has more than 66,000 views at time of writing.

The video was captioned, "This is a true Arizonan. Pregnant, on the phone with no hands, picking up a snake out of the middle of the road in the middle of nowhere with her flip flop."

We spoke with the woman who picked up the snake, Tawney Rauch, who said she just wanted to make sure the snake got out of the road.

"I just wanted to get it out of harm's way and to safety. Needless to say, it was a giant snake. I've never seen anything so big before, but it was a big gopher snake."

Rauch, who is seven months pregnant, said she wasn't worried for her own safety because she knew it wasn't a venomous snake.

"You can tell the difference if you're educated well enough, if parents teach their kids, luckily I had some awesome parents who did so," she said. "You can tell with their heads and their markings often times if they're venomous or not."

She also didn't know she was being recorded, but Rauch said she and her husband had a good laugh about it after seeing the video.

"I wasn't scared, I was really excited. I had been in the house for about four days quarantined and I was on my way home," Rauch said. "Finding a snake in the middle of the road, it's the highlight of my day."