A family of five started to try to cross from the other side and Joe Osuch of Arizona 4x4 OffRoad Recovery saw their headlights disappear and sprang into action. 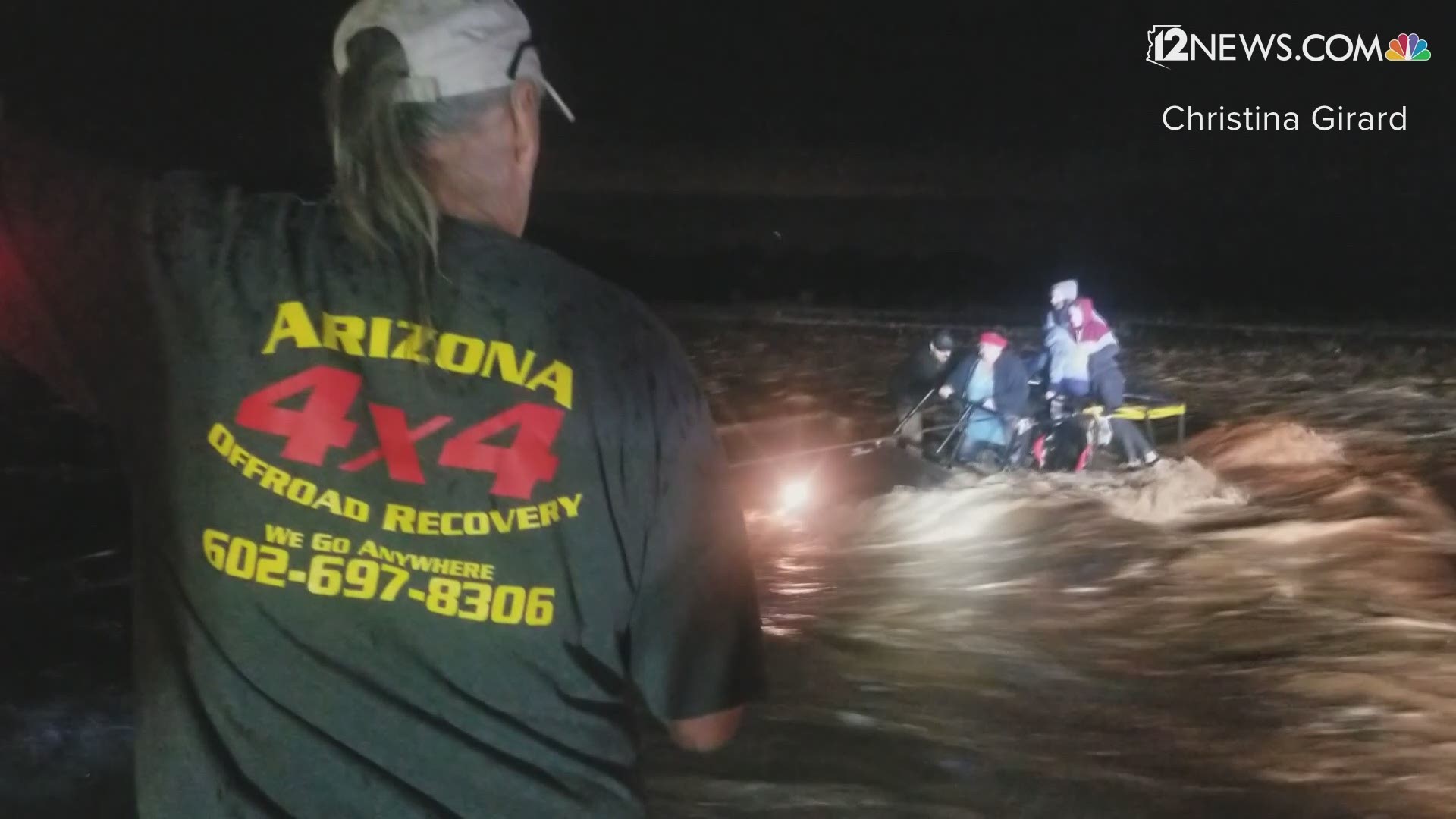 GILA COUNTY, Ariz. — It was a scary scene at Sycamore Creek and Tonto Basin Saturday night after rain had fallen constantly for most of the day, causing serious flooding.

One rescue was caught on camera, sent in to 12 News by Christina Girard. She said about 50 people got stuck on the other side as the water started to rise.

Girard said a family of five started to try to cross from the other side and Girard, Joe Osuch of Arizona 4x4 OffRoad Recovery saw their headlights disappear.

According to Girard, the family of 5 including two small children and a puppy, were holding onto the roll bars of their vehicle all up on the roof. Osuch was able to lasso-style throw his winch line and get them pulled in.

"The sheriff helicopter didn't get dispatched," Girard said. "They were lucky Joe was right there and we saw them go in."

Girard said about 50 people are still stuck out there and slept in their cars on the other side because it was not safe to cross. The water flow is still heavy.

The National Weather Service issued a Flood Warning for Gila County that will remain in effect until Monday morning.

Authorities are urging drivers not to risk wading through flooded roads and just turn around.

RELATED: Here are some tips to driving safe in the storms

ALSO: January 2020 was the world's hottest January in recorded history