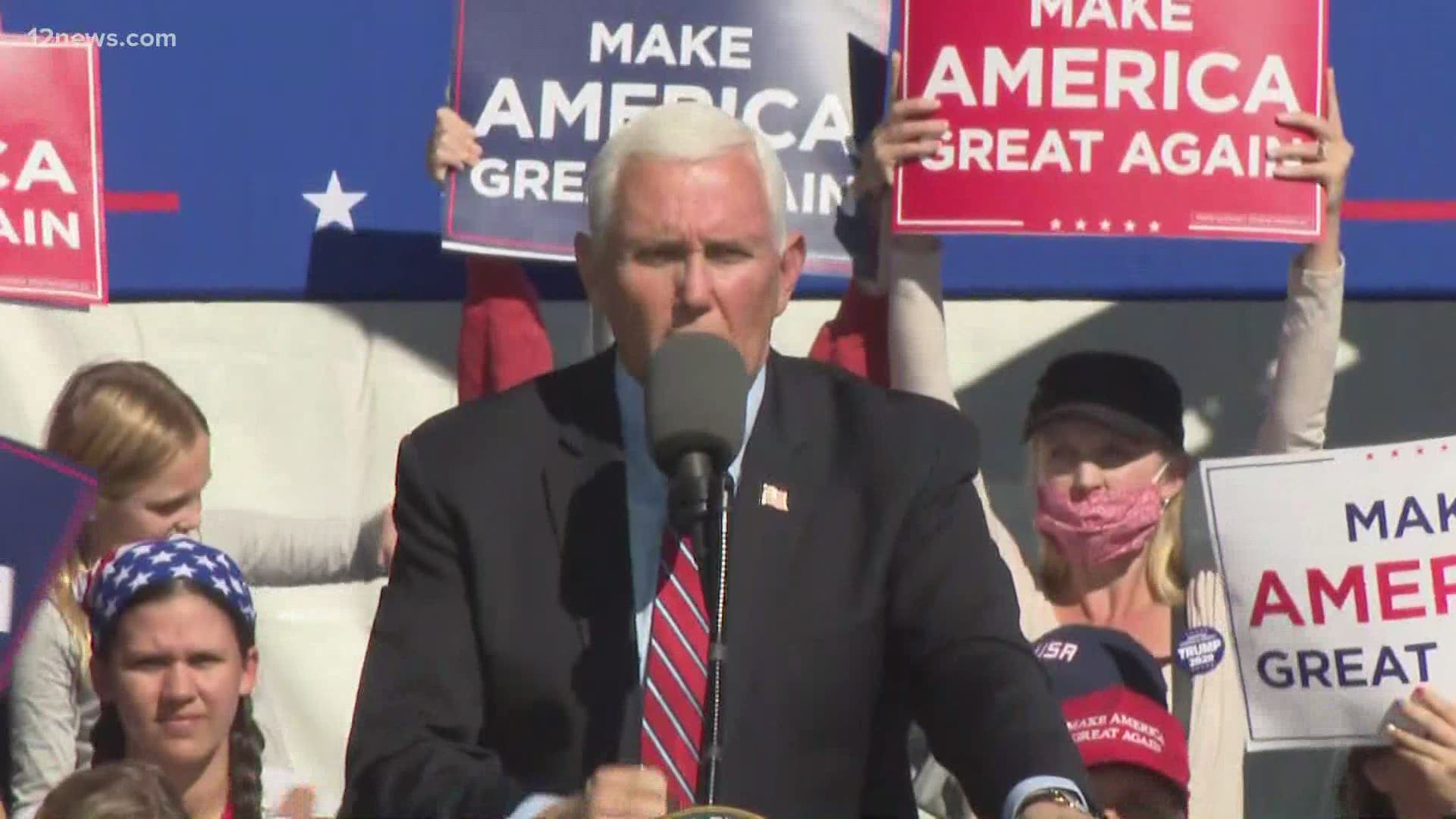 The visits to Flagstaff and Tucson came as both presidential candidates focus on battleground states before Election Day.

The counties that include Flagstaff and Tucson supported Hillary Clinton in the last presidential election, but Arizona overall helped send Donald Trump to the White House.

Pence and a string of GOP candidates called on Arizona for a repeat this year. 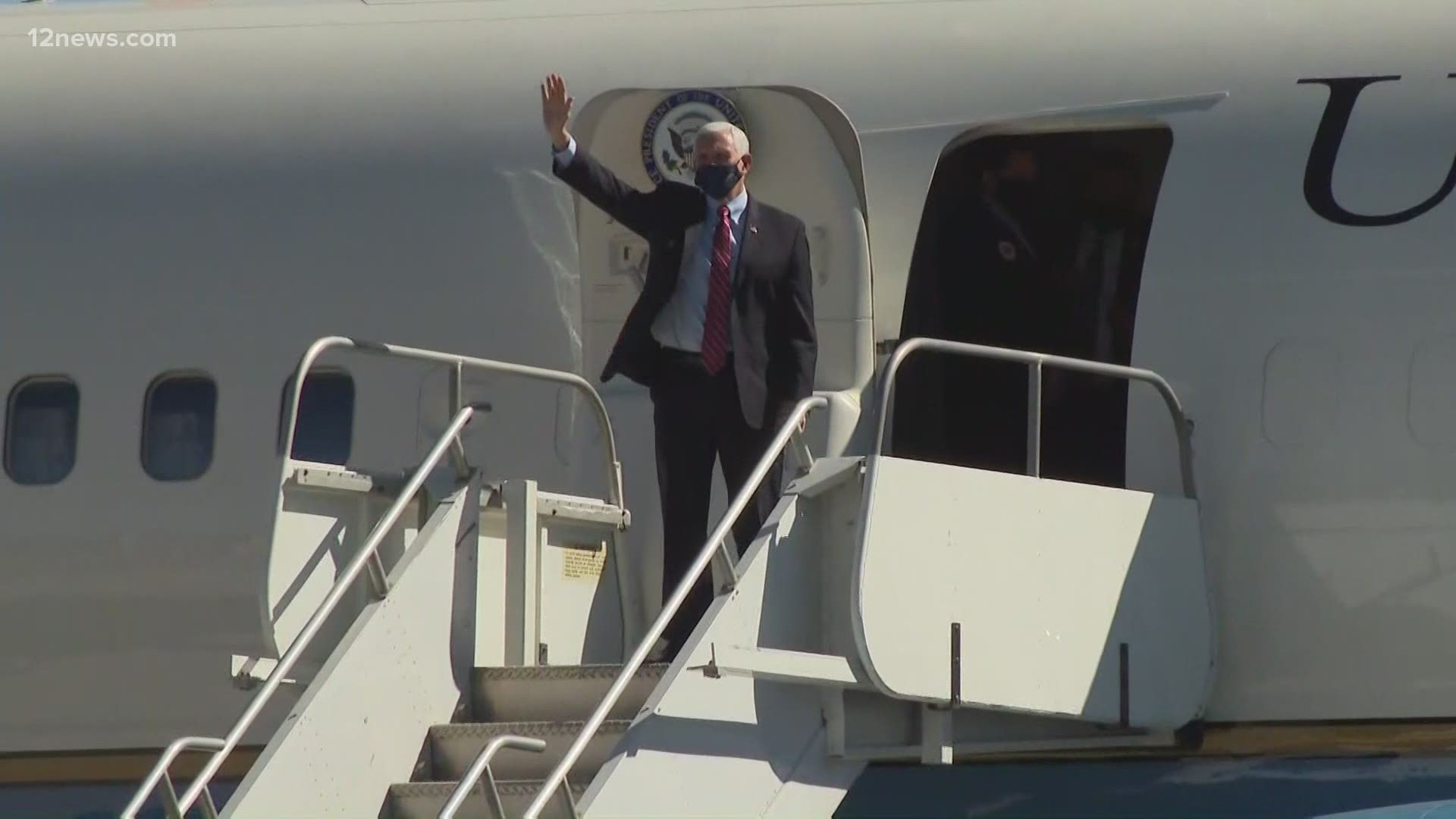