The annual survey does not represent all public schools in Arizona, and the amount of schools providing data fluctuates every year. 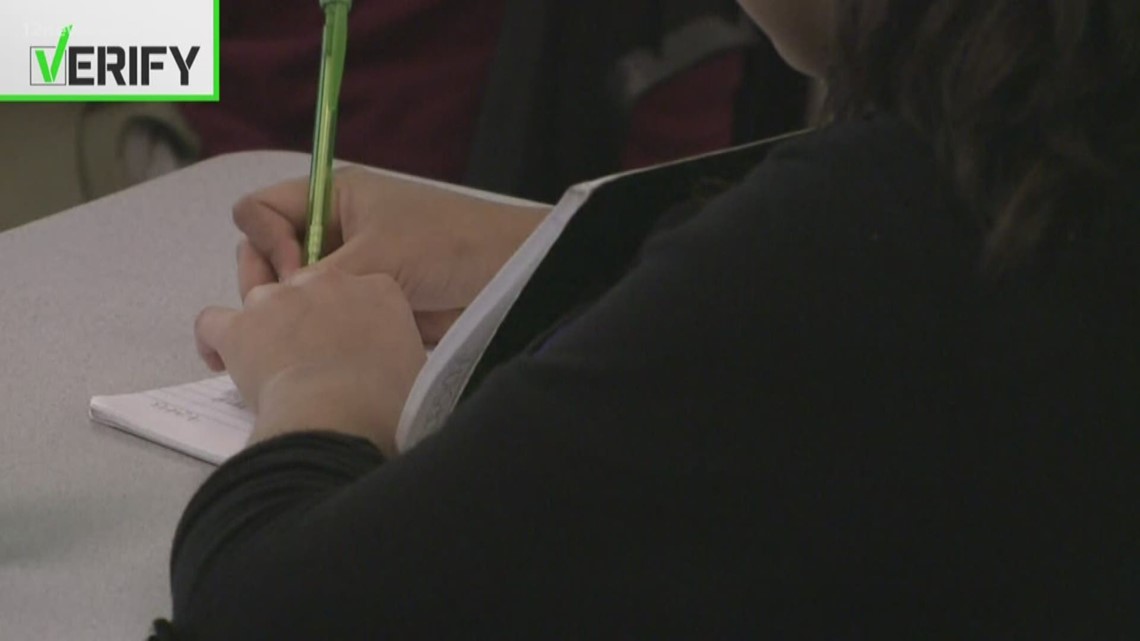 ARIZONA, USA — Educators who track teacher vacancies in Arizona say they are observing a subtle but nonetheless encouraging trend in the teaching ranks since statewide raises were implemented in 2018.

The association released the results of its annual survey of school districts and charter schools regarding teacher positions. Among those that participated in the survey, the percentage of current teacher vacancies “a few weeks” into the 2019 school year is 21%. Although the number is unacceptable, according to Wing, it represents an improvement from 25% in 2018.

RELATED: 'Red for Ed' movement heads back to Arizona State Capitol to protest for better pay

The annual survey does not represent all public schools in Arizona, and the amount of schools providing data fluctuates every year. A total of 150 school districts and charter schools participated in the 2019 survey, including the largest districts in Arizona.

The survey represents more than half of the student population in the state, according to Wing.

That number hovered around 48% of all teachers in both 2018 and 2019 and currently sits at 3,357 positions, among those surveyed. Wing says administrators are concerned many of those teachers won't remain in the profession because they lack support.

“Although there's a lot more opportunities to become alternative-certified, there isn't the funding to help support these individuals to grow as a teacher, to grow their professional practice as they move through their teaching career,” Wing said.

One teacher said the legislature-approved teacher raises, amounting to a minimum of 15% over two years statewide, have given her and colleagues a much-needed morale boost. But she said she still sees turnover.

"As a mom and a teacher, I'm seeing highly qualified teachers jump ship for better opportunities all the time," said Pinnacle High School Teacher Katie Fizz. "Even in the face of that, I think there is a group of us that still want to remain optimistic and be in this eye of optimism, regardless of the storm, that things will be better for our kids one day."