A year later, we checked up on child support evaders who had been shamed by the state on social media. 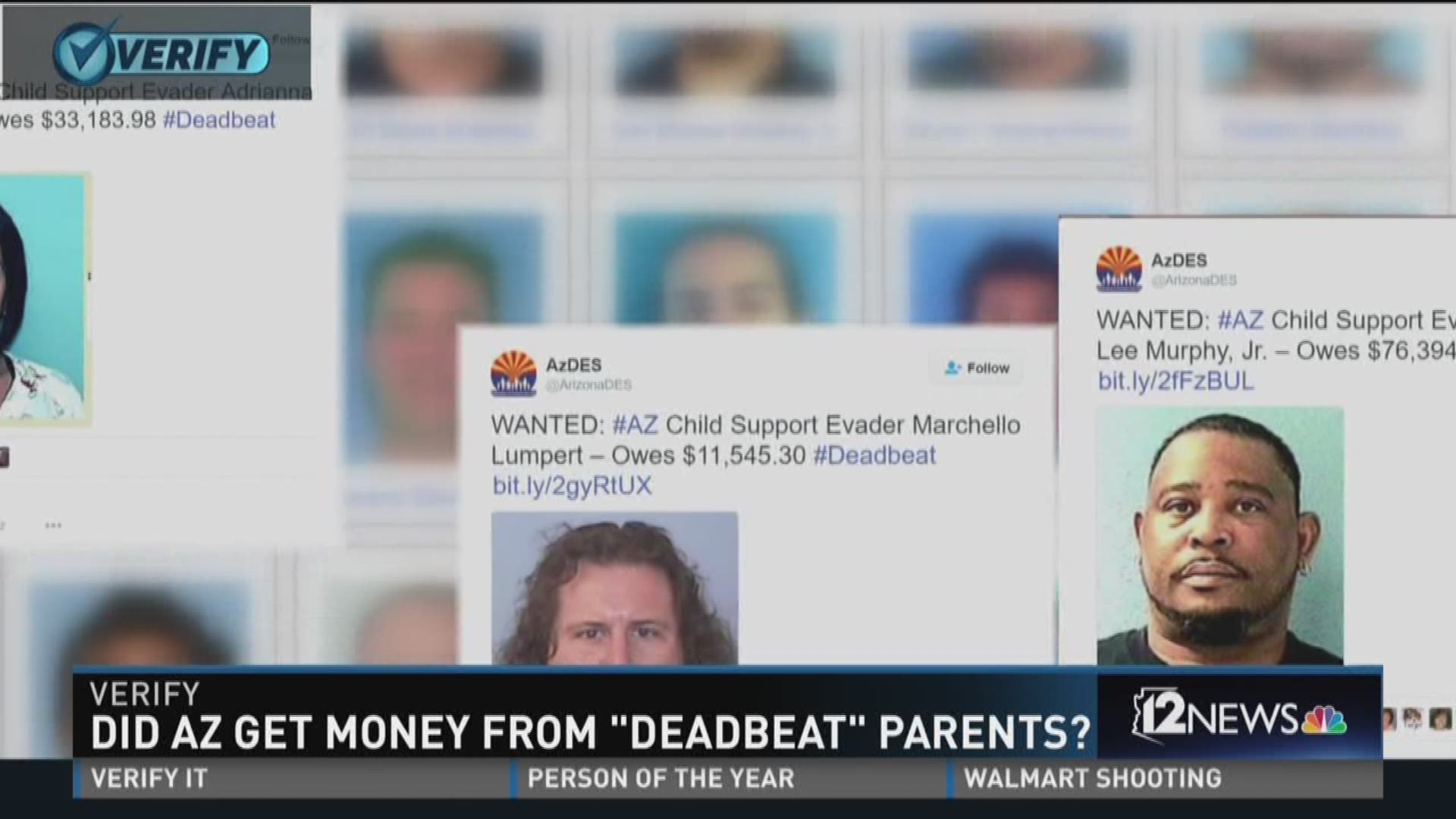 One year ago, Arizona Gov. Doug Ducey announced he'd be going after deadbeat parents who weren't paying their child support, by naming and shaming them on social media.

So after a year, we wondered if the tactic was effective.

The state has rounded up more than two dozen deadbeat parents with arrest warrants. Their faces and names were posted on Twitter with the hashtag #deadbeat. But the amount of money collected is just a fraction of what they owed.

"I always have mixed feelings when we talk about shaming people," said family law attorney David Horowitz, who was concerned the wrong person might be shamed.

But he said these people shouldn't be let off the hook.

"Quite frankly, non-payment of child support is worthy of contempt and you should enforce it," Horowitz said.

The Department of Economic Security has shamed 130 people on its Twitter page. They owed more than $1.2 million in child support.

"Child support is not making anyone rich. It's making sure that children get the clothing and food and shelter they need," Horowitz said.

One reason for the small payments: Deadbeats are only required to pay a pre-determined amount set by the courts, then keep their support payments up to date.

Anthony Joseph Howell is the biggest deadbeat caught this year. He owed $111,628.51.

The first deadbeat tweeted by DES, Aaron Ace Anderson, is still on the loose. He still owes $170,993 and hasn't paid a dime in 10 years.

Horowitz advised those targeted by the state for child support, even if there is a warrant out for their arrest: "Pay something, and do the best you can to pay something."

A spokesman for the governor provided this statement:

The #deadbeat initiative is a success. Every dollar collected in unpaid child support provides custodial parents with the money they are owed to raise their children. The initiative also serves as a deterrent - administrators hear from parents who pay up to avoid being featured in social media.