Andrew Rollins was traveling just outside of Wickenburg when a white SUV came out of nowhere, barely missing a truck and motorcyclist. 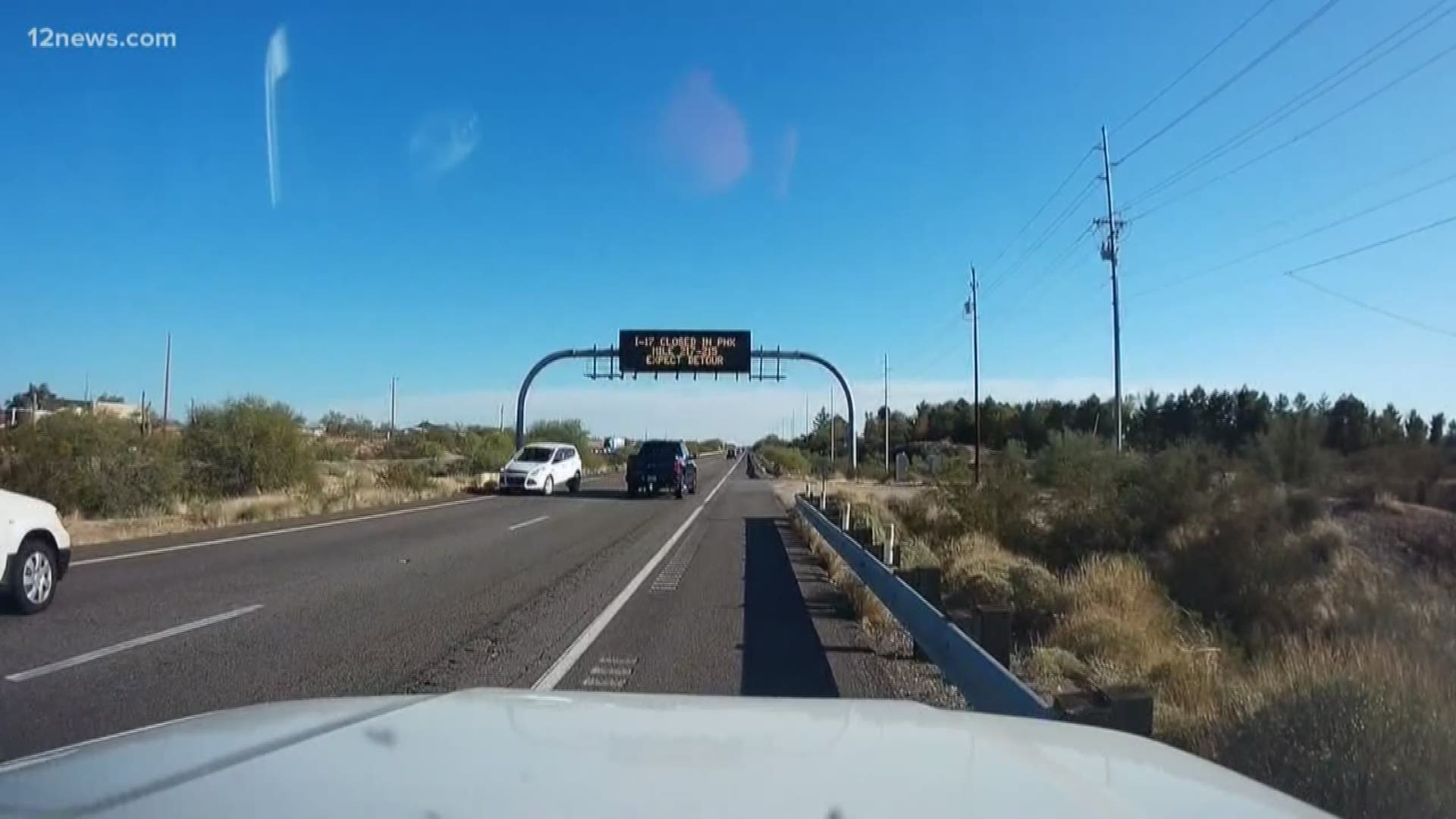 A Valley man is sharing his frightening story after his dashcam video captured a wrong-way driver heading right toward his truck.

Andrew Rollins was traveling on US 60 about 10 miles south of Wickenburg when a motorcyclist suddenly started giving him hand signals to get out of the road.

"We were just caught by surprise," said Rollins.

Soon after the motorcyclist motioned to Rollins to pull over, a white SUV going the wrong way veers off into the median, almost hitting a pickup truck flying by.

Rollins' rear camera shows three more cars also in the wrong-way driver’s path – what could have been a disaster.

"That’s one of the reasons I got one, because I’d been seeing them on the news so much. I just went online, got a dashcam kit and installed it and made sure I had front-end and rear-facing ones," Rollins said.

Rollins was traveling with his wife and 4-year-old son when it happened. He described the driver as an elderly gentleman.

"The guy acted like we were in the wrong," said Rollins.

Rollins said he’s glad no one was hurt but he would like the driver of this white SUV to get punished in some way.

"It was actually a good thing. He didn’t get caught because that means he didn’t hit anyone or kill anyone. I would like to see him get penalized in some way," said Rollins

DPS says it has not made contact with the wrong-way driver and it’s not clear if he would face any charges or citations if they do.