"Nothing is better than the story of someone who sacrifices for causes greater than themselves and Robert Jordan was that," McCain said, referencing the protagonist in his favorite book "For Whom the Bell Tolls." 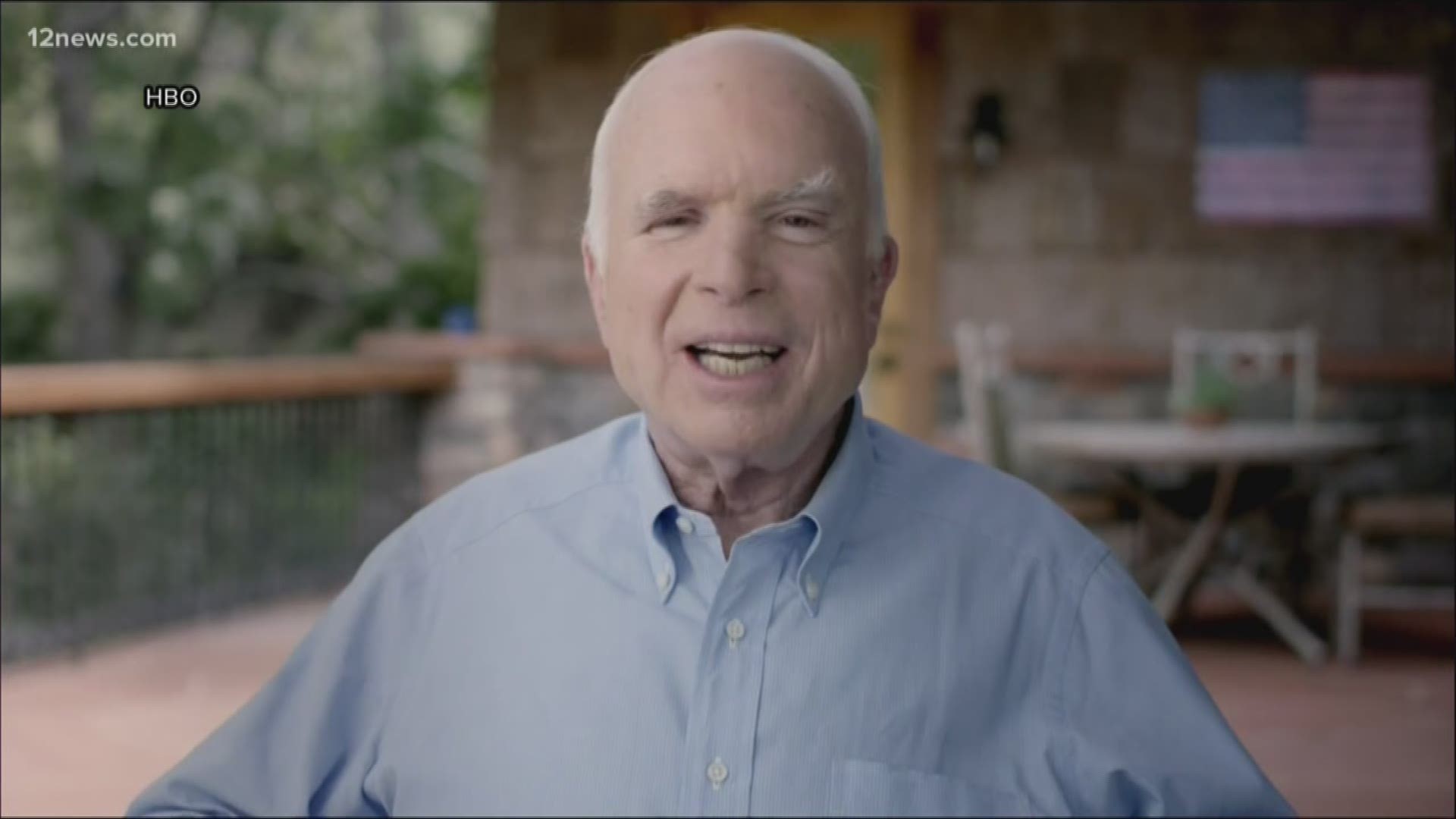 PHOENIX - We're getting an unprecedented look into the life of Senator John McCain. HBO's documentary "John McCain: For Whom the Bell Tolls" chronicles the fascinating life of Arizona's senior senator, documenting the highs and lows.

"This is a very vicious disease," says McCain in the beginning of the film.

The documentary begins with McCain's brain cancer diagnosis. McCain says although the news was grim, he wanted the truth from his doctors.

"These doctors keep talking to me about people who, if you tell the truth then they just give up and die, that you really wanna, and I, I keep saying to them just tell me. Just tell me! That's all I want to know," said McCain.

The film then goes into detail about McCain's childhood and the pressure he felt to always succeed, especially in his early military days. HBO shows footage from the years McCain spent as a prisoner of war. He and one of his cellmates go into detail about the ways they were tortured.

His first wife, Carol, was interviewed along with nearly every other immediate family member. She opened up about their divorce.

"He was looking for a way to be young again and that was the end of that. I was pretty much blindsided and it broke my heart," said Carol.

"It caused quite a rift within the family," said Sidney McCain, the daughter of Carol and John.

A large portion of the documentary focuses on McCain's mistakes, which he was extremely candid about. Among those discussed were McCain's controversial involvement with Charles Keating, the presidential primary race in South Carolina in 2000, as well as the decision to select Sarah Palin as his running mate during the 2008 presidential election.

"Joe Lieberman is my best friend. We should take him. But I was persuaded by my political advisors that it would be harmful. And that was another mistake that I made," McCain said when discussing his choice for vice president.

Everyone from President Barack Obama to President George W. Bush to Hillary Clinton were interviewed during the documentary, highlighting McCain's wide array of friendships in Washington. His unique relationships on both sides of the aisle are one of the reasons he is considered one of the most esteemed lawmakers in U.S. history.

"He could not have been more generous about wishing my administration well," said President Obama.

The documentary, somewhat of a pre-obituary, comes to a close with friends, such as Joe Biden, close to tears as they reflect on the life of their friend. They say McCain's values have guided his political life.

"Nothing is better than the story of someone who sacrifices for causes greater than themselves and Robert Jordan was that," McCain said, referencing the protagonist in his favorite book "For Whom the Bell Tolls."