The head of the teacher’s union in Queen Creek is the latest to resign his teaching position over concerns about in person learning at Queen Creek High School. 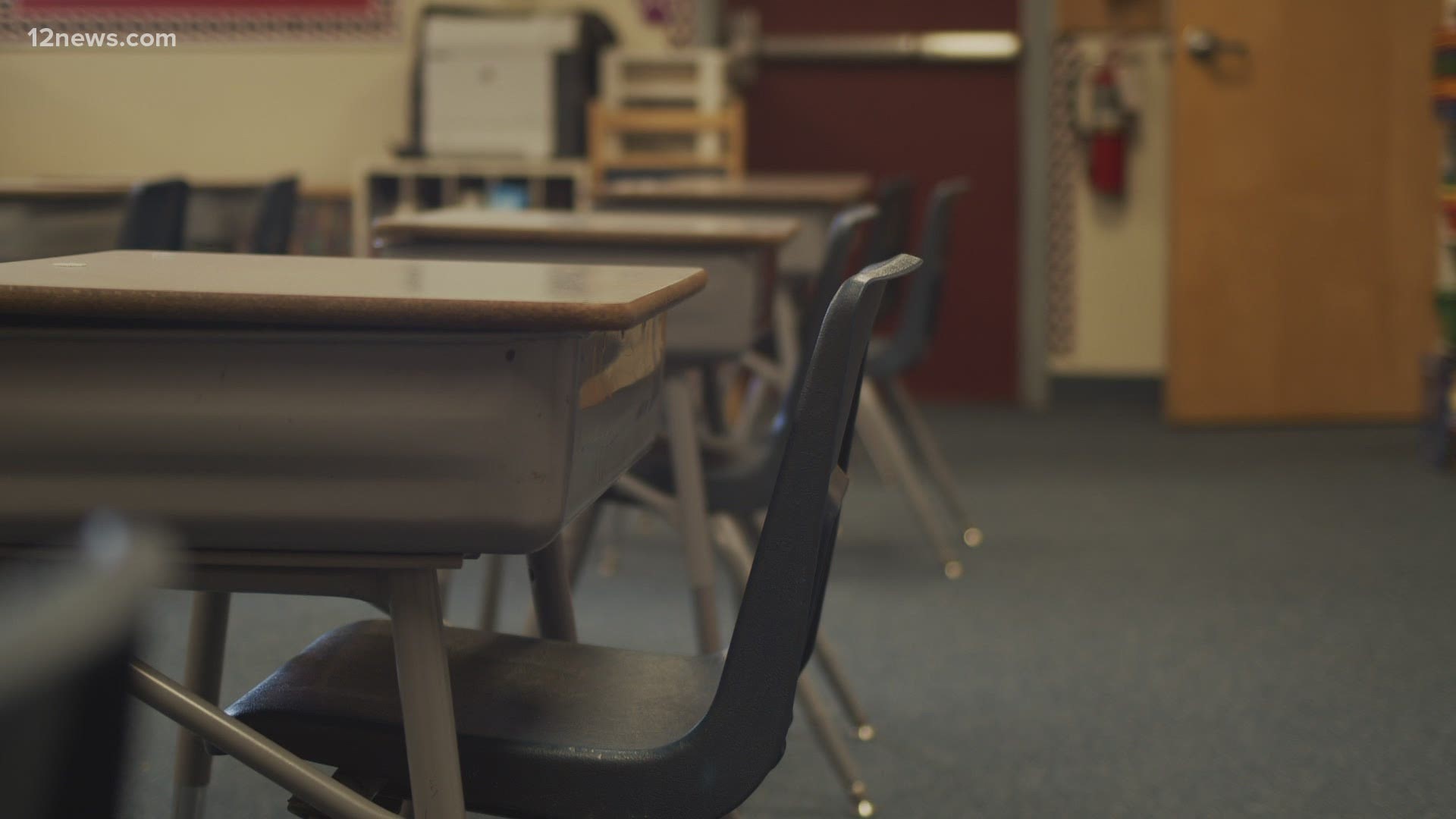 QUEEN CREEK, Ariz. — The head of the teacher’s union in Queen Creek has resigned his teaching position over concerns about in-person learning at Queen Creek High School.

The Queen Creek Unified School District says seven teachers have resigned because of COVID-19 concerns, but Queen Creek Education Association, Jake Frantz, said that number is closer to 40. With school starting in just 3 days, he said he’s fighting for teachers who can’t afford to resign.

Teachers at Queen Creek Unified School District said that they have been faced with three options: Return to classroom learning, go on medical leave or resign.

Frantz went with the 3rd option. He gave his resignation Friday morning.

“It was going to be a difficult year no matter what, but to have to sit there and beg our district to listen to the bare minimum health recommendations, it’s just not a situation I can teach in,” Frantz said.

He said the district doesn’t have a clear plan to keep teachers and students safe when classroom learning starts Monday. The district’s county, Maricopa county, doesn’t meet state benchmarks for opening classrooms. Although masks are required, eleven exemptions have been made.

“We have single moms that are high-risk too. And they’re having to choose between risking their life or not support their kids. It’s lose-lose either way,” Frantz said.

So far, the majority of Queen Creek teachers will be reporting to work Monday, and the district said most parents are on board too.

But teachers who made the choice to resign said that with 9,000 students expected, their major concern is the lack of class size limits.

RELATED: 2019 Arizona Teacher of the Year says he's ready to return to the classroom despite being high risk for COVID-19

“It is prime conditions for this to spread,” Frantz said.

The district is fining teachers about $2,000 for a resignation. And until the district replaces them, they can’t work for another district.

Gov. Ducey was asked about his input on the matter but has not responded directly. At the latest press conference, he said, "Many of the school districts are close on the benchmarks, and they’re making decisions. I support the principals. I support the superintendents. And I support the parents. I know they have the best interest of the kids. At heart. And so do the teachers.”

12 News reached out to the school board to get their reaction to the latest resignations. There has not been a response.