The fire is located northwest of Superior, Arizona. 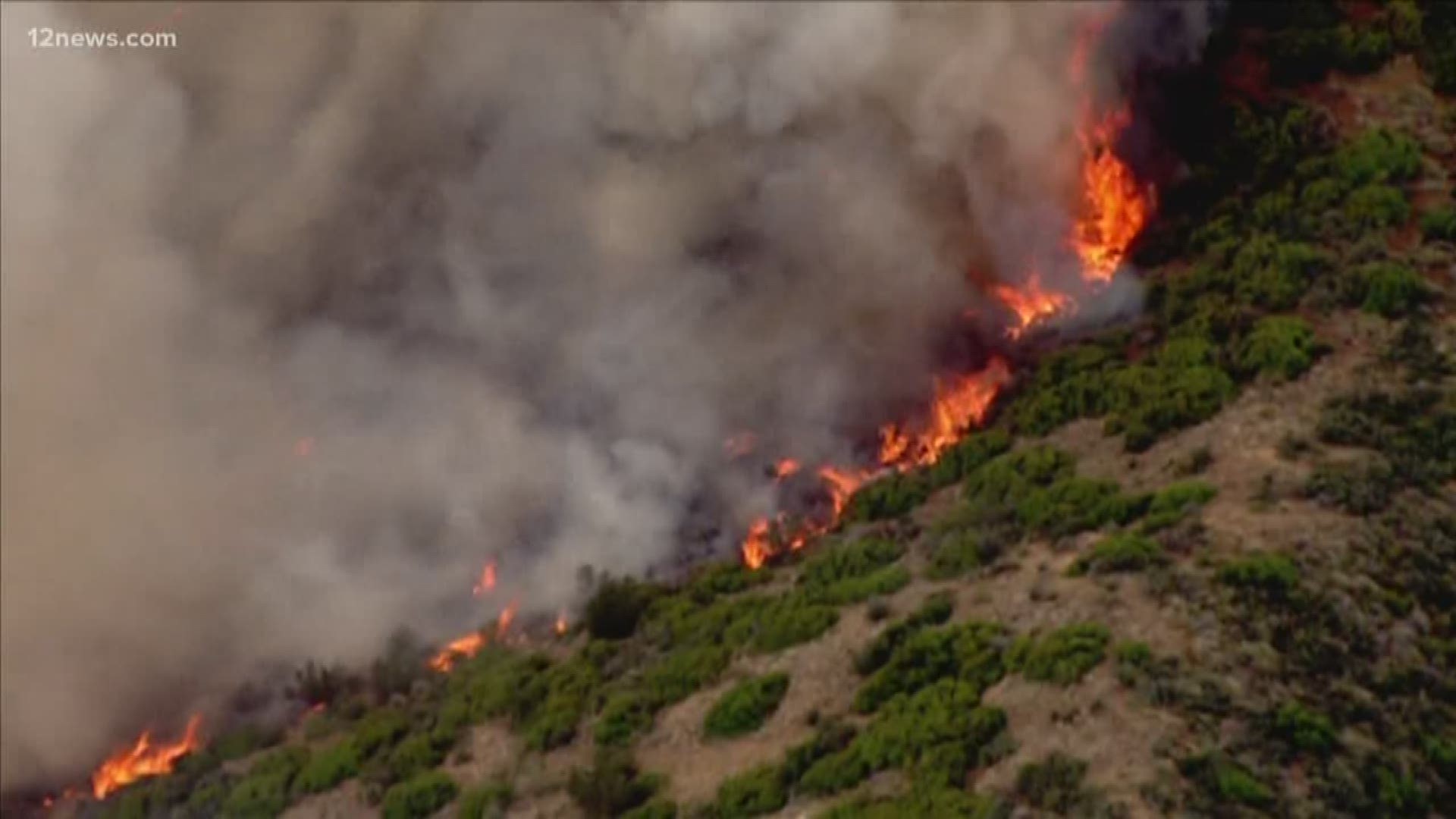 SUPERIOR, Ariz. - The Woodbury Fire burning northwest of Superior is now measured at 9,300 acres, officials say. On Sunday, the fire was measured at 500 acres.

No evacuations are in place and no communities are being threatened by the fire at this time.

Officials say the fire was active yesterday with the high temperatures, saying most of the activity was on the western and southern edges of the fire towards Forest Road 172.

Officials expect fire and smoke to increase Wednesday with the hot and dry conditions.

A Community Meeting will be held Wednesday at 6 p.m. at the United Methodist Church in Gold Canyon.

The public is asked to avoid the following areas to allow firefighters to safely build the fire lines:

The list above is not all-inclusive, but it should give the public a general idea of where firefighters are working, forest officials said.

The Woodbury Fire was not threatening any homes as of Tuesday.

Superior is located about 60 miles east of Phoenix and lies on the base of the Superstition Mountains.

The fire was first reported around 1:30 p.m. Saturday. It is believed to be human-caused and it's under investigation.