For some residents, the nearest veterinarian is 50 miles away and resources are low. 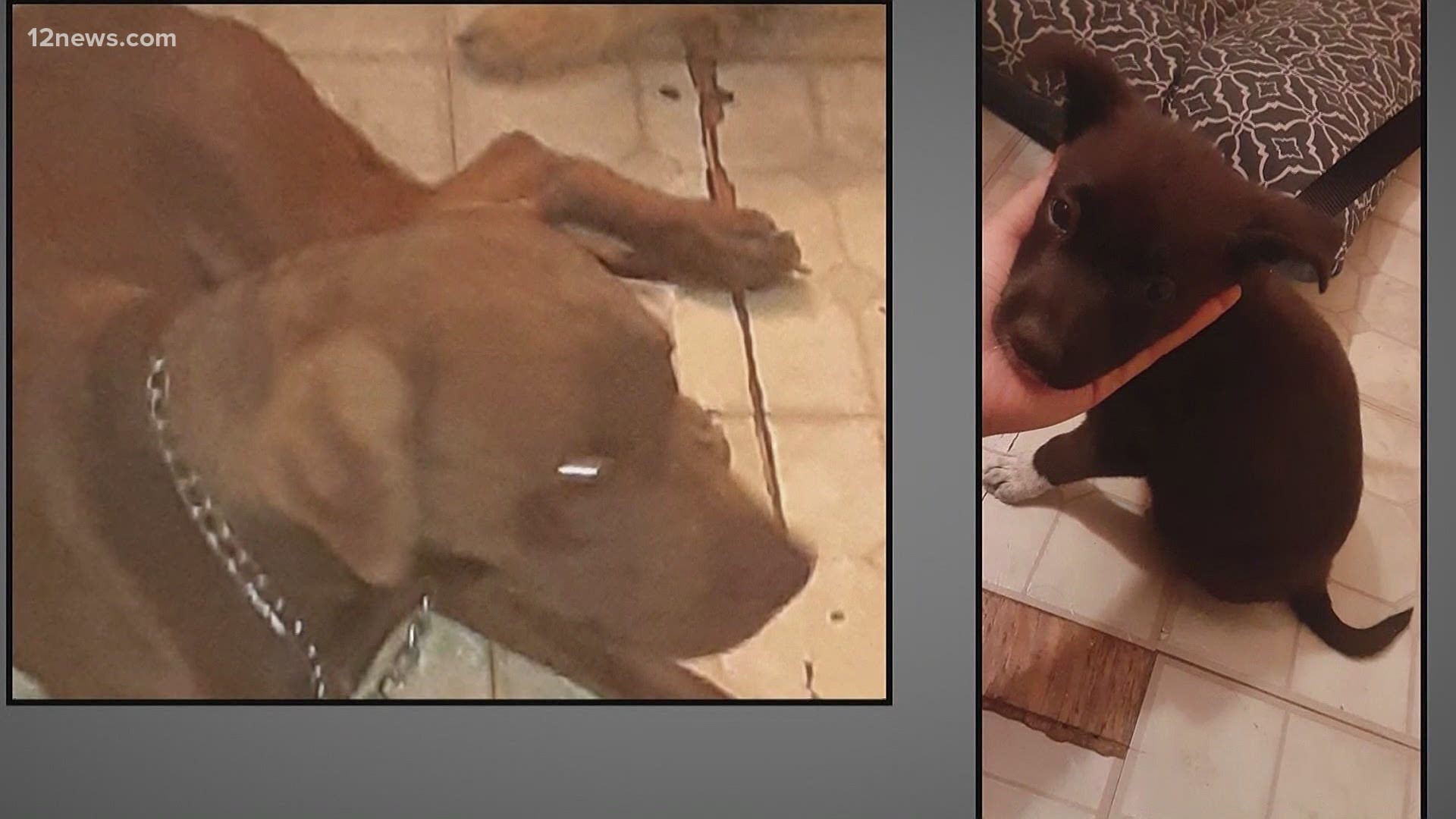 THATCHER, Ariz. — The Geronimo Animal Rescue located on the San Carlos Apache Indian Reservation in eastern Arizona is raising a warning after two dogs were attacked by a rabid bobcat: Protect your pets.

“They’re both friendly and loving. They’re part of Tina’s family,” said Julie Cassadore, founder of the Geronimo Animal Rescue who spoke on behalf of the family whose animals were attacked.

Emori, a 2-month-old pup, and her older sibling 2-year-old Monkey were attacked by a bobcat that the family later learned had rabies.

“Monkey came into the picture to try and protect Emori and try to chase off the bobcat,” said Cassadore.

The dogs’ owner was able to kill the bobcat, but not before the cat got a hold of Emori. The puppy was later euthanized after test results showed the bobcat was rabid.

Monkey, the older dog, will have to spend the next four months in quarantine at the Gila County Animal Care and Control. The owner will be charged $20 per day for the quarantine, which could add up to $2,400.

Neither dog had their rabies shots.

“Nearest veterinarian, Desert Cross Veterinary, is 50 miles away. So it’s about a 100-mile round trip,” said Cassadore.

Let alone a lack of resources and the expenses can be tough. Geronimo Animal Rescue Team helps families find resources. They are also raising money to help Monkey’s owner pay for the cost of the quarantine.

However, Dr. Debbie Chapman at Desert Cross Veterinary Hospital in Thatcher said she has seen an increase in the eastern part of the state.

“They come in and they’re very aggressive and attacking animals, and that’s not typical wildlife behavior,” said Chapman.

James O’Brien with the Southwest Wildlife Conservation Center in Scottsdale said rabies is a virus that attacks the central nervous system and it’s trying to find a new host.

“It’s really the virus trying to replicate in another animal by biting it, in the saliva,” said O’Brien.

If you need to kill the animal, do not go for the head. Investigators need to test the brain for rabies.

There is no cure for rabies and it’s the law to get pets vaccinated.