The occupants were reported missing on Sunday and the downed aircraft was located just before 2 a.m. Monday in a wooded area near an airport. 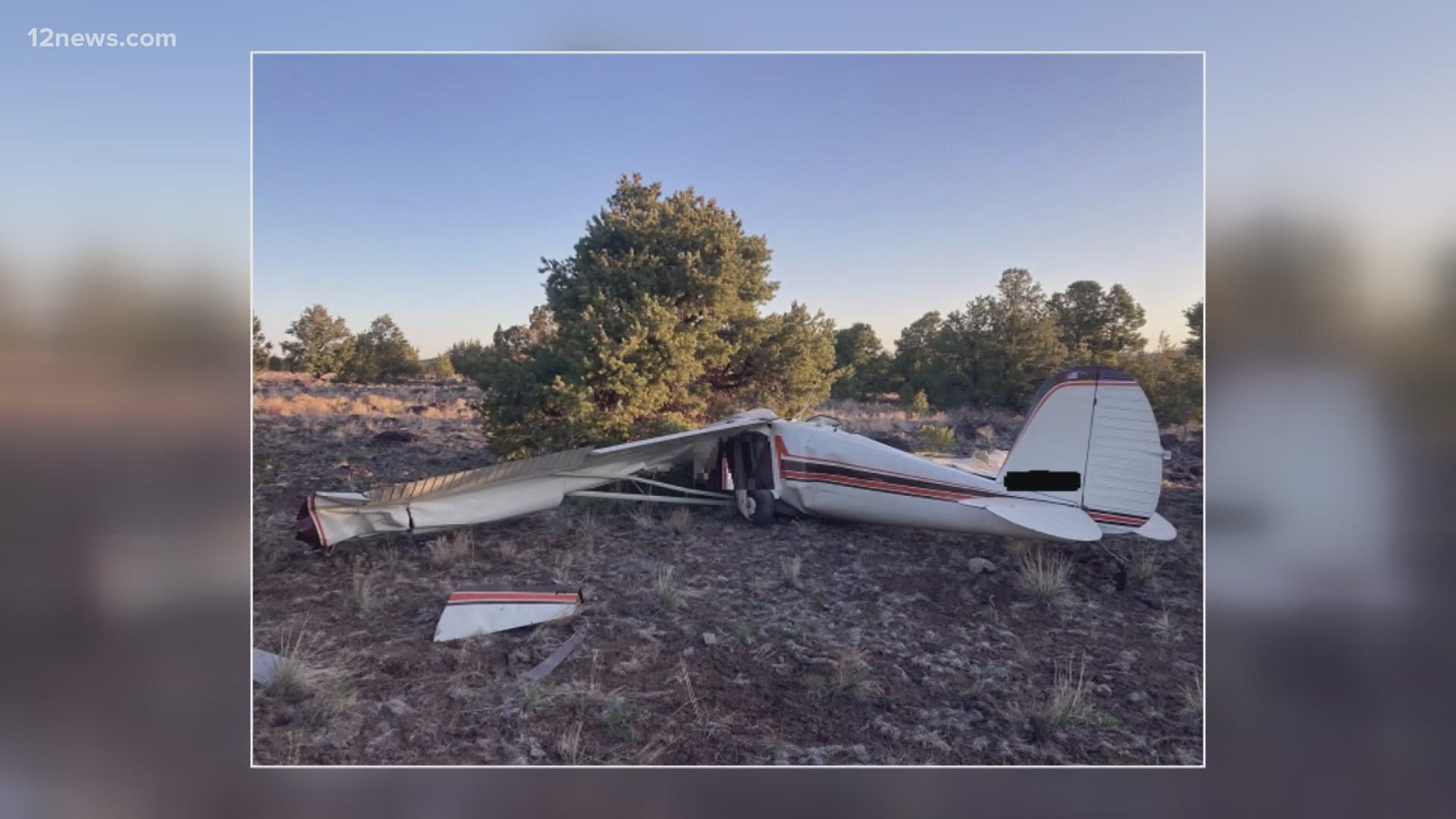 WILLIAMS, Arizona — Two people are dead after a small plane crashed near the H. A. Clark Memorial Field airport in Williams, Arizona, according to the Coconino County Sheriff's Office.

The sheriff's office said deputies received a report of an overdue aircraft from Vista, California. A family member reported one of the occupants had not reported for work as scheduled on Sunday.

The plane took off from the Sedona Airport on Sunday morning and its reported destination was the Grand Canyon Airport for a scheduled appointment in the Tusayan area around 9 a.m., according to the Coconino County Sheriff's Office.

Multiple agencies began searching for the aircraft and at 1:40 a.m. early Monday morning, the downed plane was found in a wooded area near the airport in Williams.

The two occupants were found dead inside the plane and the sheriff's office identified them as Timothy Michael Gill, 37, and Joylani Roseann Kamalu, 38, of Vista, California.

Information on what caused the crash or deaths of the occupants has not yet been released and the investigation is ongoing.

CCSO released a photo of the scene:

The NTSB is investigating the crash Monday of a Cessna 140 in Williams, Arizona. The NTSB is not traveling to the scene at this time.