2 Arizona highways rank among the 'most dangerous' in US

These statistics put Interstate 17 between Phoenix and Flagstaff as the 4th-most dangerous highway in the country. 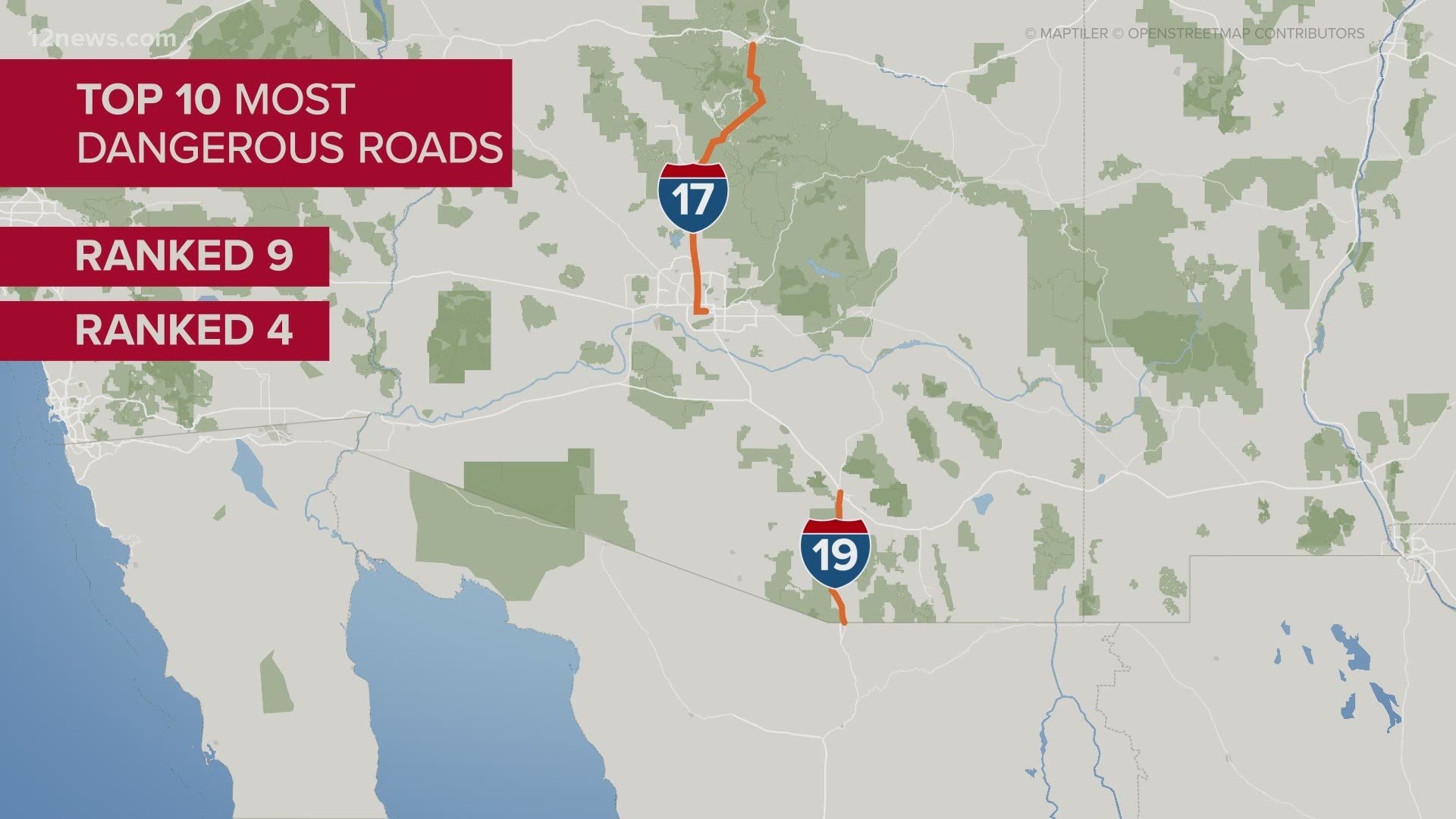 Those statistics put Interstate 17 between Phoenix and Flagstaff as the 4th-most dangerous highway in the country, according to a new report from Teletrac Navman.

To come up with the results, Teletrac Newman divided the number of deaths on a road between 2016 and 2019 and by the number of miles the road is in length.

The results were a statistic of "deaths per mile of roadway."

Arizona had two roads in the top 10 for the most dangerous in the country.

Coming in at No. 9 was Interstate 19 from Nogales to Tucson, averaging .623 deaths per mile of roadway.

"We really want to see if there is a certain traffic pattern that we are seeing a higher number of fatalities and accidents," Tracey Ketch with Teletrac Newman said.

Ketch said Arizona's growing population may play a role in the high death rates. As the population has grown, so has the number of drivers, some unfamiliar with the area.

"If we can just make people more aware hey this tends to be a very deadly stretch, and they can do things like change their driving."  Ketch said.

"I hope the public understands how difficult it is to accept any kind of fatalities. One is too many," Alberto Gutier, director of the Governor's Office of Highway Safety, said.

"All those curves. You don’t know who is ahead of you. All of a sudden it’s a crash or a fender bender and its stopped? There is going to be a major problem," Gutier said.

Already, the state has plans to try and relieve some of the pressure. Flex lanes are planned to extend up to Sunset Point, hoping to help relieve some of the bottle neck that can form along the highway. Especially as folks escape Phoenix on the weekends. Plans are to complete the construction in 2023.

RELATED: Feds giving money to widen one of Arizona's most frustrating stretches of freeway

Gutier said the key to reducing numbers though, ultimately land in driver's hands.

"If people just don’t pay attention and understand the gravity and the consequences. Things are going to continue that way," Gutier said. "People need to learn to be proactive drivers."

It's not just Arizona highways. 2020 saw an increase in the number of traffic fatalities, even as less cars were on the road because of the pandemic.