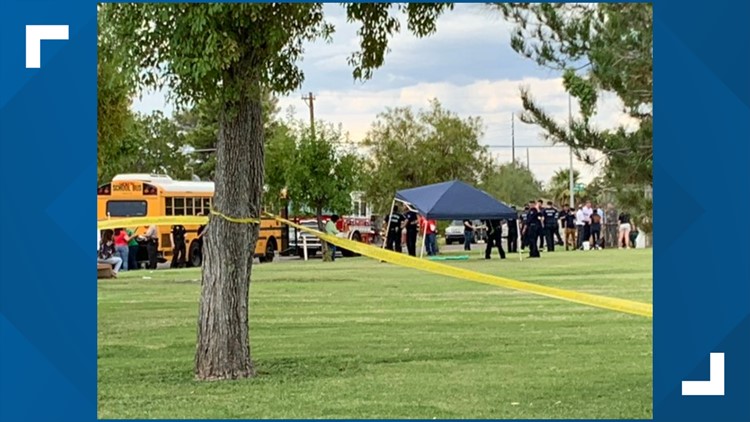 Photo by: KVOA
Tucson Fire officials and hazmat crews dispatched to a school bus where a vial spilled.

Students exposed to mercury after spill on Tucson school bus

TUCSON – Emergency crews responded to a chemical exposure after a vial spilled on a Tucson Unified school bus near Dodge Road and 24th Street Friday afternoon.

According to district officials, about 20 children may have been contaminated in connection to the incident.

Tucson Fire Department said HAZMAT crews have been dispatched to the area. They say the bus may be exposed to mercury.

No injuries have been reported.

TFD said a decontamination unit may be dispatched to the scene.

Details are limited at this time. TUSD has not yet released which school was involved in the incident. Authorities are also working on determining the level of exposure.