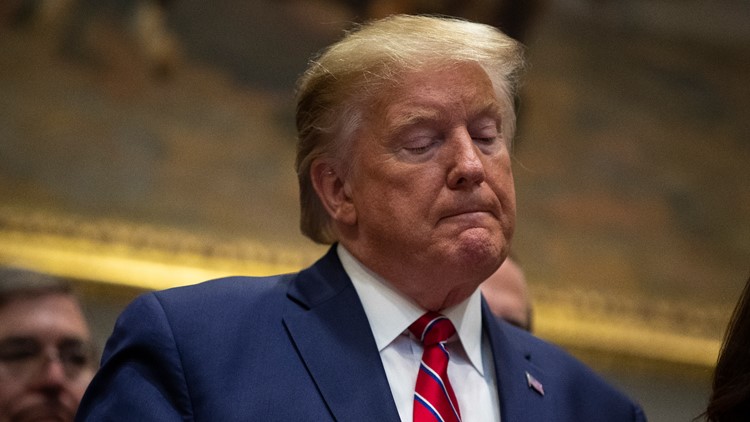 Photo by: AP
President Donald Trump pauses during an event on healthcare prices in the Roosevelt Room of the White House, Friday, Nov. 15, 2019, in Washington. (AP Photo/ Evan Vucci)

Tucson man gets jail time for assaulting a Trump supporter

TUCSON, Ariz. — (AP) — A Tucson man has been sentenced to 12 days in jail for assaulting a supporter of President Donald Trump last year on a city street.

Court documents show the victim was wearing a red “Make America Great Again” hat and carrying a “vote Republican” sign days before the November 2018 election when he passed Brito on a street.

The Arizona Daily Star reports Brito tried to snatch the man’s hat from behind and started a fight.

• Man left unconscious after fight at Glendale restaurant, police are looking for suspect

• Suspect still at large after 2 students groped on ASU campus