TUCSON, Ariz. - It was car versus cactus, and the cactus apparently won, creating quite possibly the most Arizona moment you could imagine.

Tucson’s Northwest Fire District tweeted a photo of a car with a cactus sticking out the windshield Wednesday morning.

The fire department’s post says they responded to the crash around 9:30 a.m.

The driver crossed a median, which was already occupied by a cactus, and as you can see it wasn’t looking to budge.

The cactus fell onto the car, busting into the windshield.

Firefighters say no one was injured.

The Pima County Sheriff's Office said in a post that the driver was detained after deputies observed that they might have been impaired. 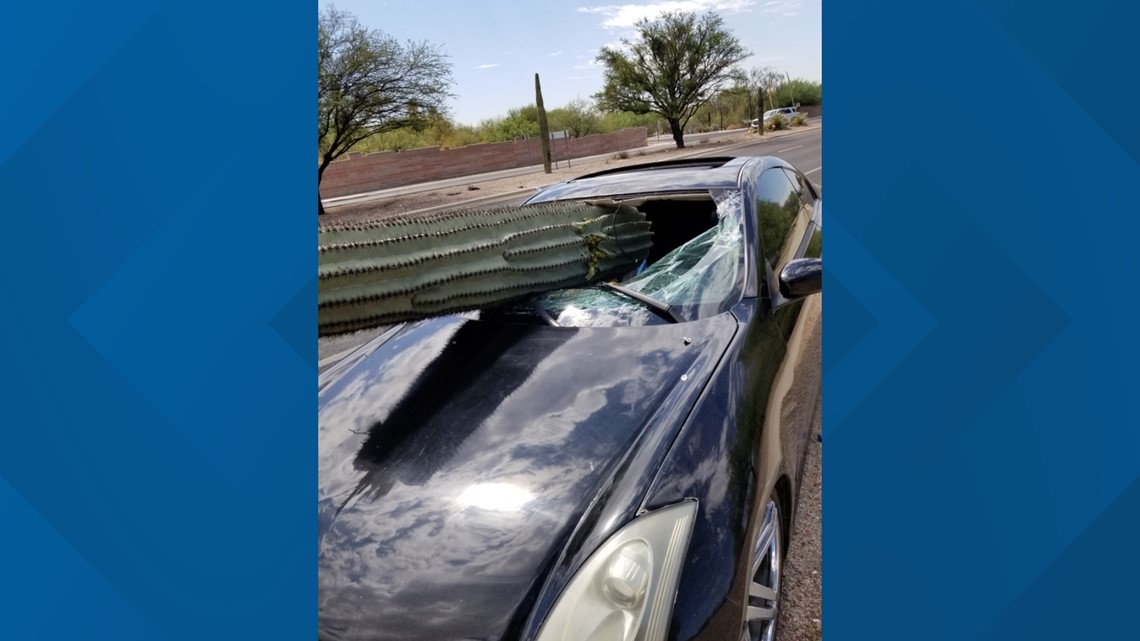