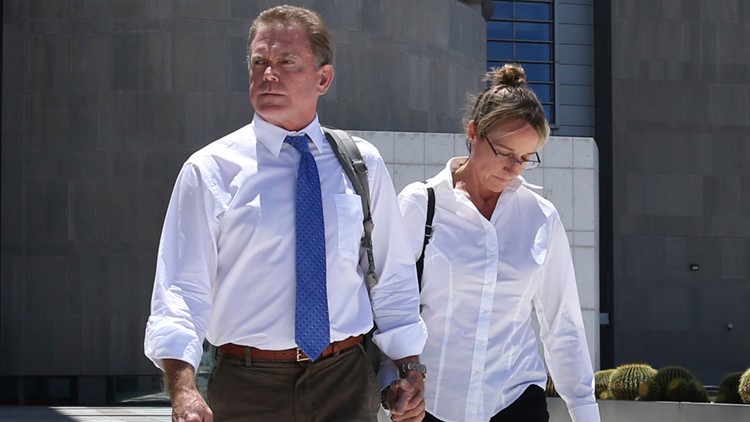 Photo by: AP
In this Wednesday, July 10, 2019, photo, Douglas Haig, left, the Arizona man who sold ammunition to the Route 91 Harvest festival gunman, and his wife, Dori, leave the Lloyd George Federal Courthouse in Las Vegas. A federal judge said a jury will decide if Douglas Haig illegally manufactured bullets sold to the gunman who staged the deadliest mass shooting in the nation’s modern history. (Bizuayehu Tesfaye/Las Vegas Review-Journal via AP)

LAS VEGAS (AP) — Trial is being postponed for an Arizona man accused of illegally manufacturing bullets sold to the gunman who staged the Las Vegas Strip shooting in 2017.

Trial had been scheduled Aug. 12 in Las Vegas, although Haig's lawyers have asked to move the proceedings to Reno or pick a jury from throughout the state.

They argue that jurors can't fairly hear the case in Las Vegas, where 58 people died in the deadliest mass shooting in modern U.S. history.

Haig isn't accused of the shooting.

He is accused of illegally making tracer and armor-piercing bullets found in the hotel room where the Las Vegas gunman killed himself before police arrived.