The Mohave County Sheriff's Office says the bus rolled over on its side while driving along Diamond Bar Road around 12:21 p.m. 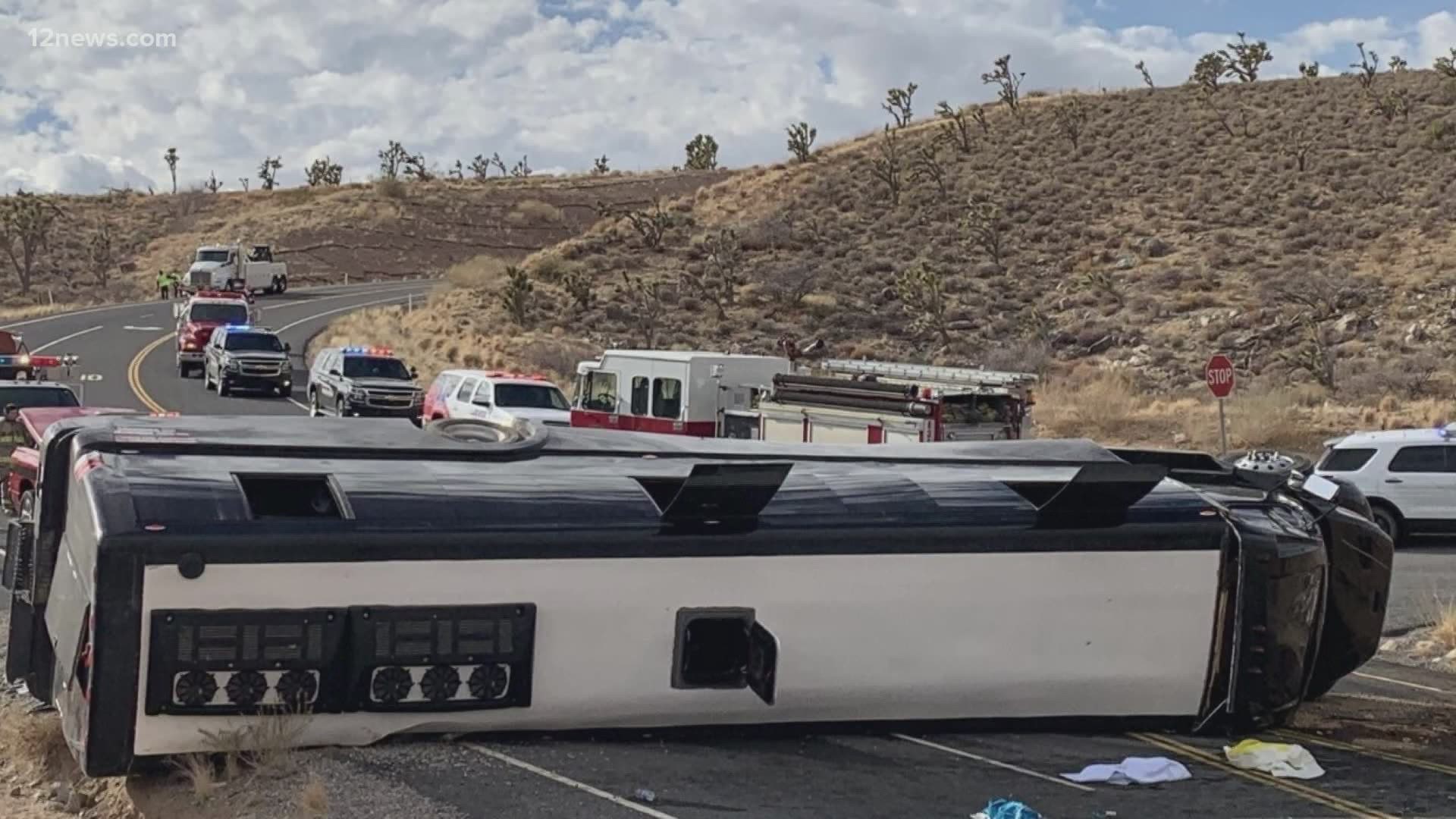 PHOENIX — One person is dead and scores of others were injured after a tour bus heading towards the Grand Canyon crashed Friday afternoon.

The Mohave County Sheriff's Office says the bus rolled over on its side while driving along Diamond Bar Road around 12:21 p.m.

When emergency crews arrived at the scene, they found one person had died. Two other people were rushed to the hospital in critical condition.

Seven people were sent to Kingman Regional Medical Center with serious injuries while another 33 people were hospitalized with minor injuries.

Authorities have not identified any of the victims of the crash. MCSO says the bus was managed by a Las Vegas company.

A total of 48 people were on board when the crash happened.

The cause of the crash is under investigation.

The Red Cross says it's monitoring the situation to see if crews need to be dispatched for help.

The @redcross Central & Northern AZ Chapter is aware of the transportation accident involving a bus near the Grand Canyon and is monitoring the situation.