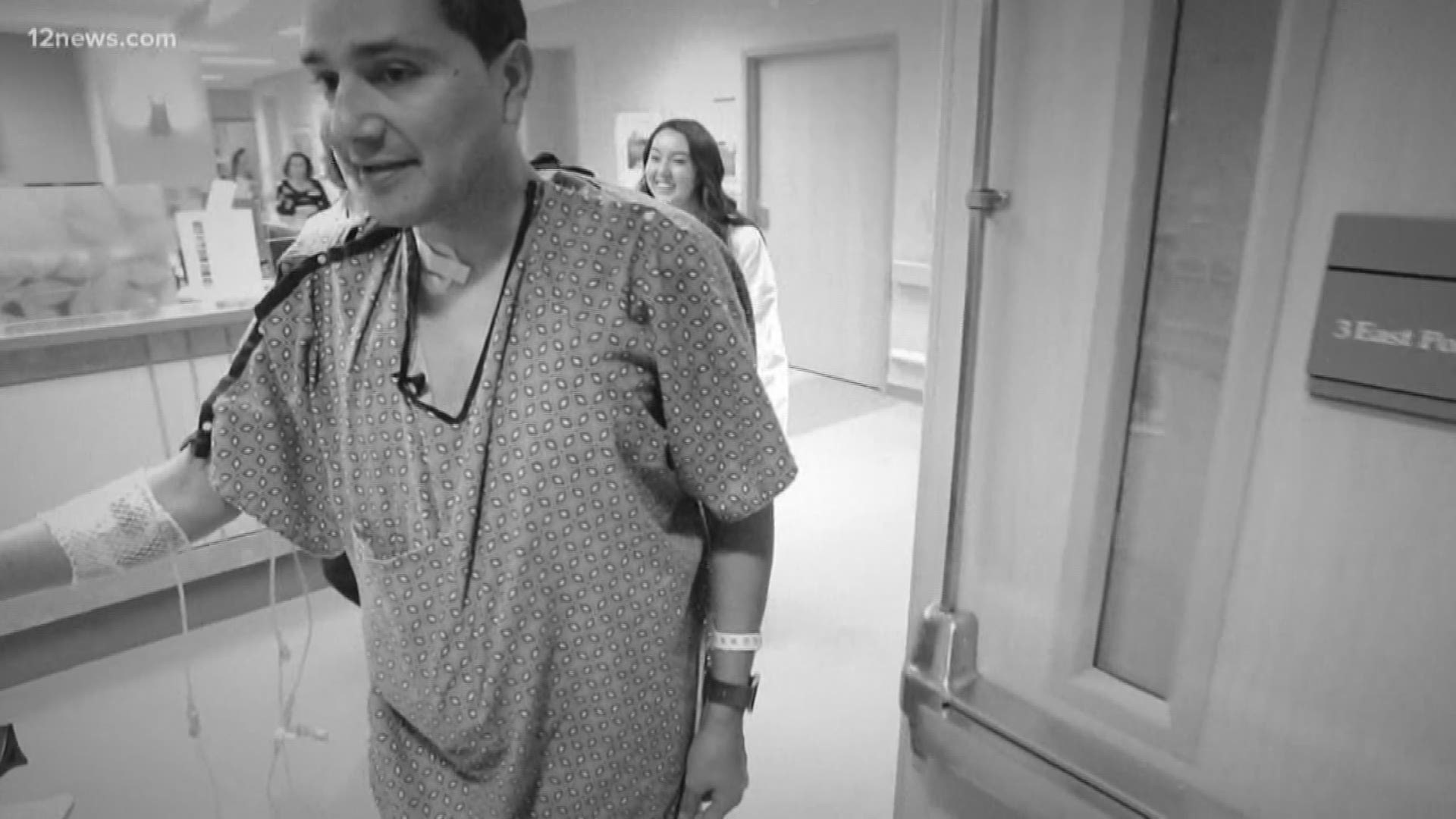 According to Donate Life America, every 10 minutes another person is added to the organ waiting list while 22 people die each day waiting for that lifesaving transplant.

Dr. Eric Steidley, a cardiologist at Mayo Clinic, says people die waiting even before they get referred to a transplant center.

"Because people don't realize how sick someone is," Steidley said.

It's a harsh reality, one Ruben Aispuro knows all too well. 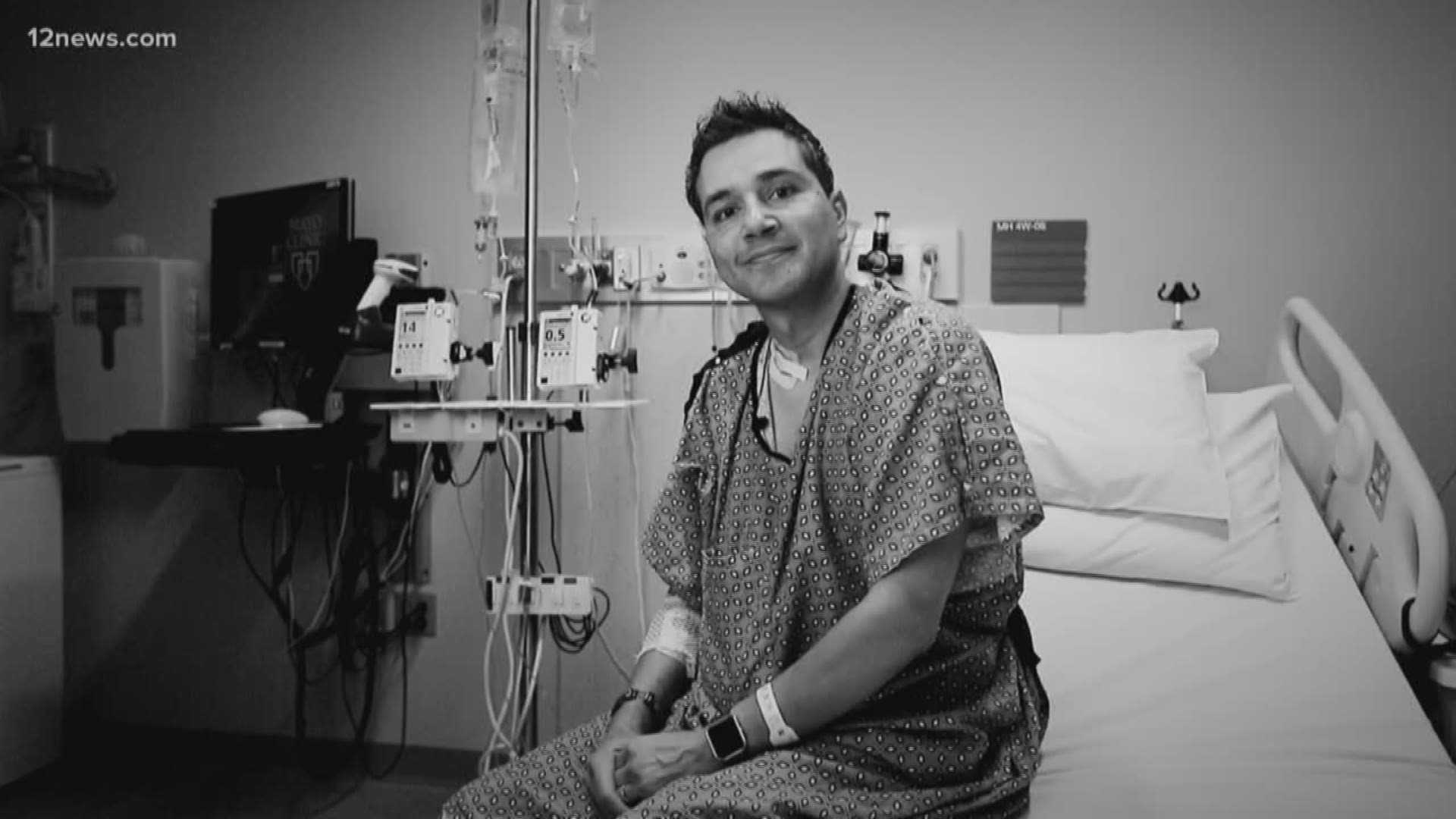 Aispuro is on the transplant list, and has been for a few months.

He's waiting for a heart.

But Aispuro is not alone. Thousands of people are waiting on life-saving organ donations.

There are more than 114,000 people waiting on organ transplants nationwide. More than 2,100 of them live in Arizona, according to the Donor Network of Arizona.

According to DNA, more than 50 percent of Arizonans are registered organ donors and 2018 marked the third-consecutive record-breaking year for donations.

DNA says 283 organ were donated and 1,417 tissue donations were made while nearly 300,000 Arizonans were added to Arizona's registry.

Why is it important?

Put simply? Donations save lives and the need for them is great, according to DNA.

For people like Aispuro, an organ donation quite literally means the difference between him watching his children grow up and that harsh reality mentioned earlier.

And it just takes one donor to make a huge impact.

According to DNA, each donor has "the potential to save up to eight lives."

How can I register to be an organ donor in Arizona?

Arizonans register to be organ donors when applying for or renewing their driver's license.

It's as simple as checking the appropriate box on the application. It can be done online when ordering a new license, according to ADOT.

According to DNA, there are no health or age requirements and the organization "assumes all expenses related to organ and tissue donation."

"There is no cost to the family," DNA's website says.