How the Supreme Court's new abortion case could impact Arizona

Abortion rights advocates and those who support limited access to abortions talked about how the Supreme Court's decision on a case out of Louisiana would impact AZ. 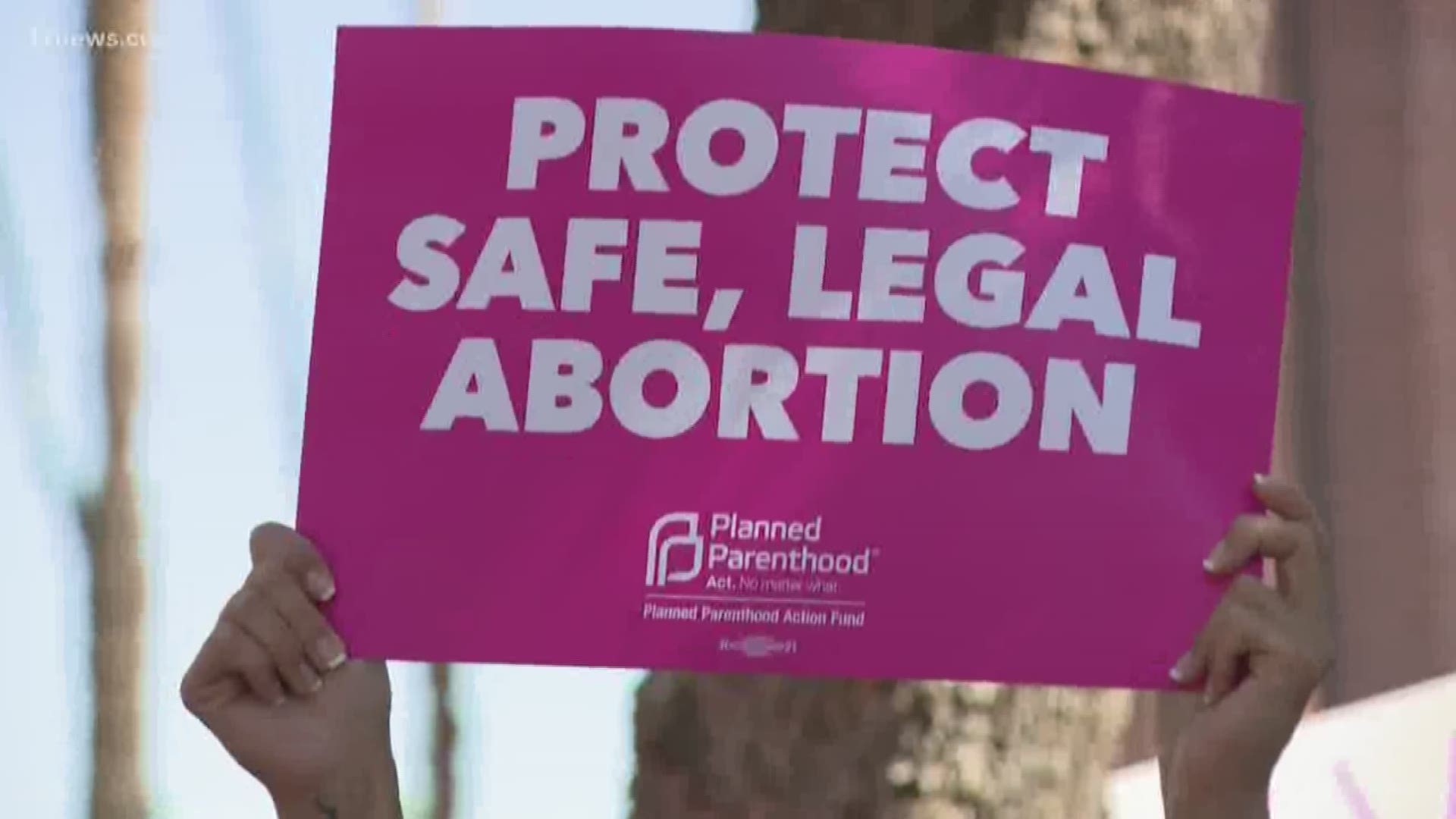 PHOENIX — The Supreme Court will touch on some hot-button issues in the new term, including abortion. Justices will hear arguments on a Louisiana law that requires doctors who perform abortions have admitting privileges at a nearby hospital—a law that could leave the state with just one abortion clinic.

The Louisiana law is virtually identical to an Arizona law adopted in 2012 that applies to doctors who perform surgical abortions. It was rendered unenforceable when the Supreme Court struck down a similar Texas law in 2016.

But with the court's new makeup, it's possible that precedent could be overturned. Abortion rights advocates like Tayler Tucker with Planned Parenthood say that could have dangerous implications for Arizona.

"What we're looking at is pushing people underground into clandestine or trying self-manage their own care, and that means that we're going to see more and more people suffer grave consequences or negative outcomes because of it," Tucker said.

Tucker said "hollowing out" Roe v. Wade is the opposite of what lawmakers should be trying to do.

"If the court were to reverse that precedent with its current makeup, we could see people endangering themselves; it's already hard enough with low income or trying to access abortions in rural areas, and it would just increase that," she said.

But Cathi Herrod with the Center for Arizona Policy says the focus of the Supreme Court isn't specifically on Roe v. Wade, but on the rights of these women.

RELATED: Up to 19,000 could be without family planning care after HHS rule changes

The Roe v. Wade ruling has been around since 1973, but advocates like Tucker worry chipping away at that legislation is risky and that Arizona should follow progressive states.

"We've seen California, Oregon, New York, even the cities like Austin at the municipal level going to make sure they can protect access to abortion," Tucker said.

Typically, the Supreme Court stays out of controversial topics during an election year but ultimately has the final say when the lower courts are divided on major questions, but Herrod says this isn't about politics.

"Arizona has a law requiring admitting privileges for a doctor who performs an abortion and this is about providing for women's health and safety. How far the decision goes remains to be seen," she said.