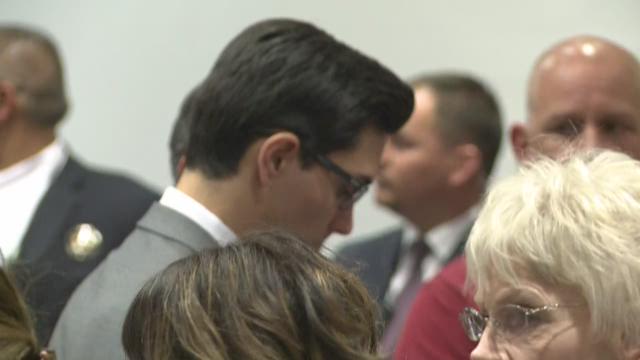 Steven Jones will learn whether the six men and six women of the jury will find him guilty of first-degree murder and aggravated assault.

Tuesday, prosecutor Ammon Barker broke down each count Jones is charged with, lining out how he said the prosecution proved the defendant was guilty of each. Barker argued Jones didn’t act in self-defense, but in retaliation.

“The defendant wanted to show people that he had the power and he knew he could do that with that gun in his hand and the first person who decided to confront him, who dared confront him and challenge him -- Colin Brough -- he decided to shoot twice in the torso,” Barker said.

Defense attorney Burges McCowan said Jones waited until the last moment, when he had no other choice but to shoot, arguing markings left behind on Colin Brough’s neck by the bullet and its trajectory in the deceased victim’s body proved he was within two feet of Jones, charging the defendant when Jones pulled the trigger.

“These are all aggressive acts. (Jones) perceived those acts correctly. He wasn’t going to wait until this guy actually tackled him, something they later showed they were quite willing to do," McCowan said. "If  Steven had waited any longer, any longer at all he might not be here today."

Judge Dan Slayton denied the defense’s motion for a mistrial. Jones’ attorney Joshua Davidson argued prosecutors brought up statements made by Jones the night of the shooting, that the judge had ruled inadmissible.

The jury is scheduled to meet at 9 a.m. Wednesday to continue deliberations.