One monument was located at Wesley Bolin Plaza in downtown Phoenix and another was located near Gold Canyon off U.S. 60. 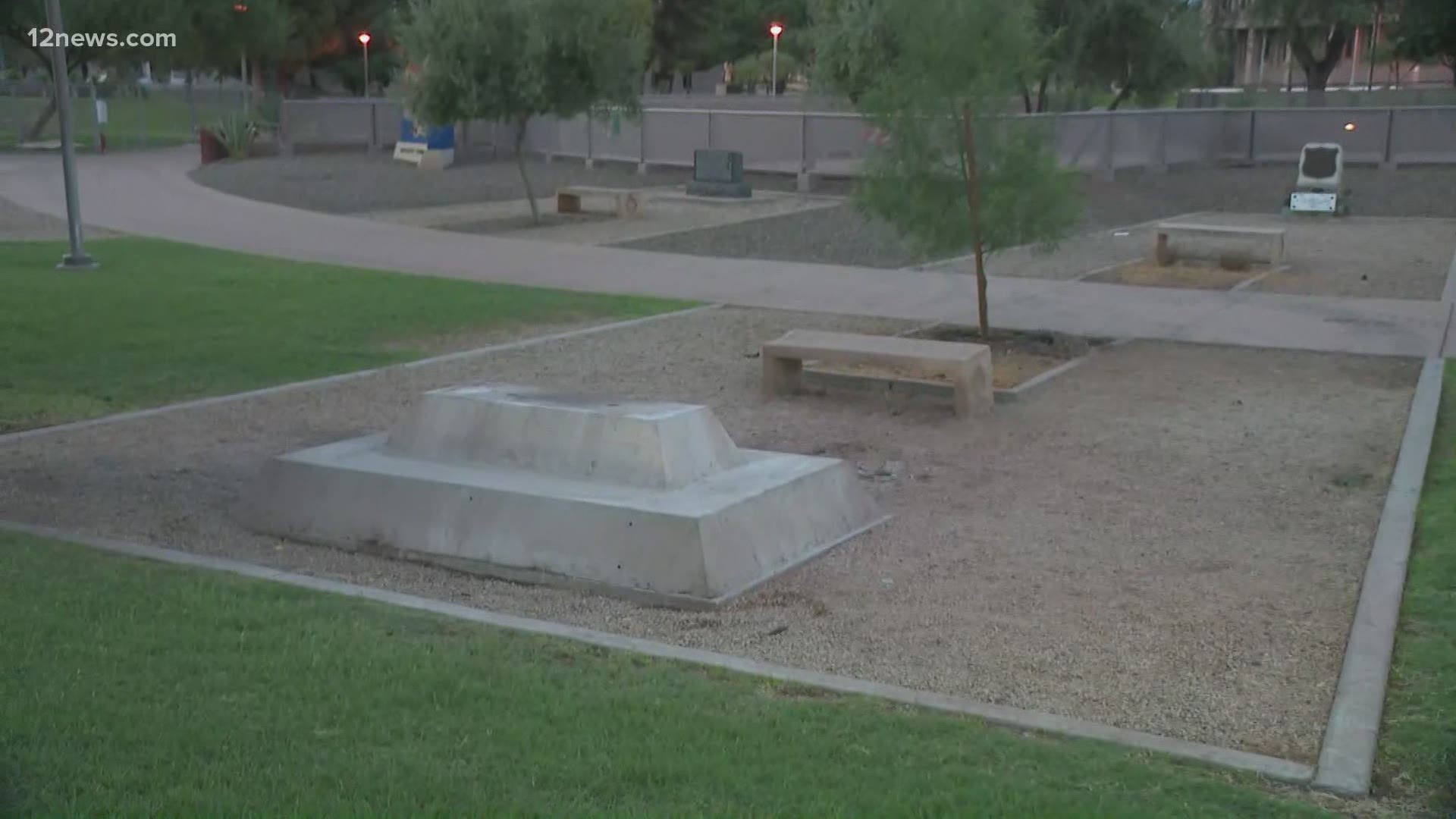 PHOENIX — The United Daughters of the Confederacy moved two Confederate monuments on state property in Arizona to private property, according to a spokesperson with the state.

The first monument was located at Wesley Bolin Memorial Plaza in front of the Arizona state capitol complex in downtown Phoenix.

It was erected in 1961 by the United Daughters of the Confederacy to memorialize Arizona Confederate soldiers.

Arizona Secretary of State Katie Hobbs called for the removal of the monument in early June. A group of veterans gathered at the monument late last month to ask Gov. Doug Ducey to remove it. 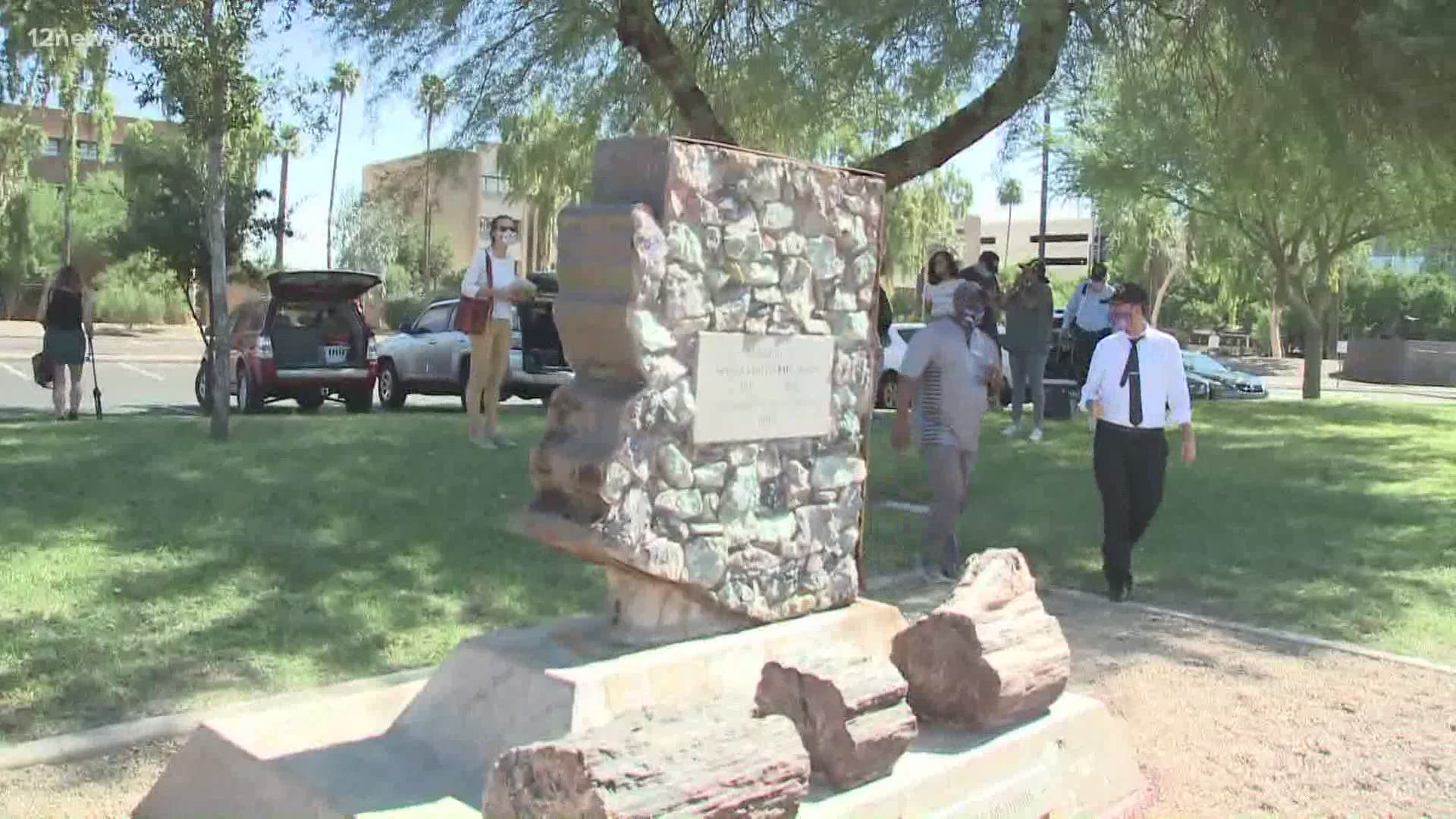 The second monument was located near US-60 outside of Gold Canyon, honoring Confederate President Jefferson Davis. A group of activists protested near the monument calling for its removal last month.

Both monuments were quickly removed overnight.

Historical figures around the world have been reassessed following Floyd's death and the subsequent protests.

Protesters in Richmond, Virginia, tore down a Christopher Columbus statue and the city also announced its intention to remove its Robert E. Lee statue. The US military is considering renaming bases honoring Confederate officers who defended slavery or fought against the Union.

Even in England, protesters took down a statue of Edward Colston and rolled it into the harbor. Colston was a 17th-century slave trader.

RELATED: Andrew Jackson statue to be removed in Mississippi city named for him