By midnight Thursday, Flagstaff had received over three inches of snow, with more in the forecast. 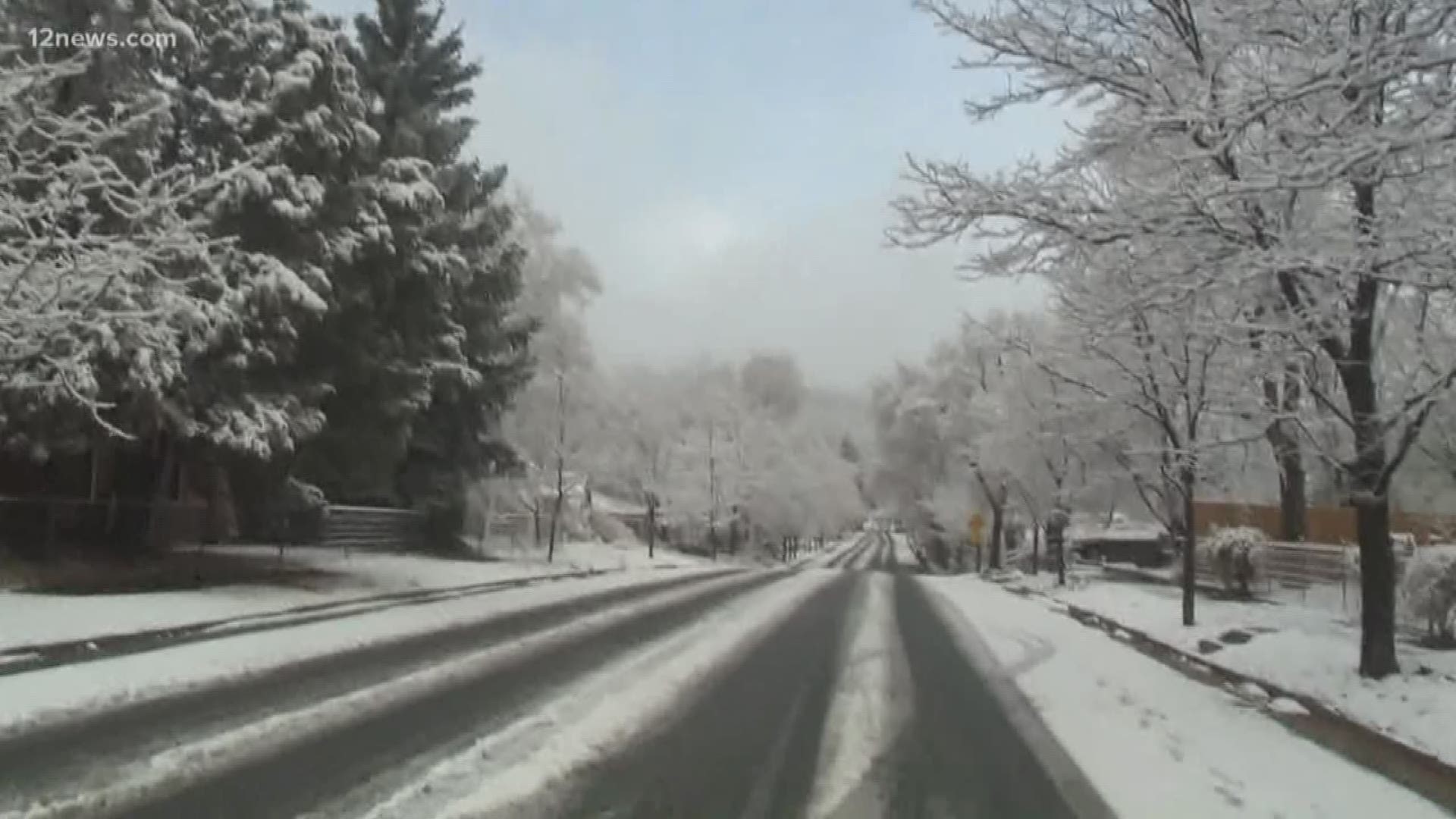 The rain started to transition into snow in the Flagstaff area a little before 5 p.m. Wednesday. By Thursday morning, several inches of fresh snow was sticking to the ground across northern Arizona.

According to the National Weather Service in Flagstaff, by Thursday morning there were "generally" about two to five inches of snow measured so far from Grand Canyon through the greater Flagstaff area.

12 News Weather Watchers shared photos of snow on the ground in places like Flagstaff, Seligman and Williams late Wednesday.

And more snow could be on the way Thursday morning through the evening.

A Winter Weather Advisory is in effect for a large portion of northern Arizona including Flagstaff, Williams and Grand Canyon Villiage until 7 p.m. A Winter Storm Warning is in place for Show Low and areas near Springerville until 11 p.m.

The Blue Ridge School District announced they were going to be on a two-hour weather delay Thursday morning.

Flagstaff and Williams could see up to 8 inches of snow by Friday.

The Flagstaff Unified School District announced that it would cancel after-school activities on Thursday due to expectations of a "rapidly cold temperature change."