Should solar panels be required on new Arizona homes?

California recently approved a mandate requiring solar panels on all new homes and low-rise apartment buildings, which will go into effect in 2020. 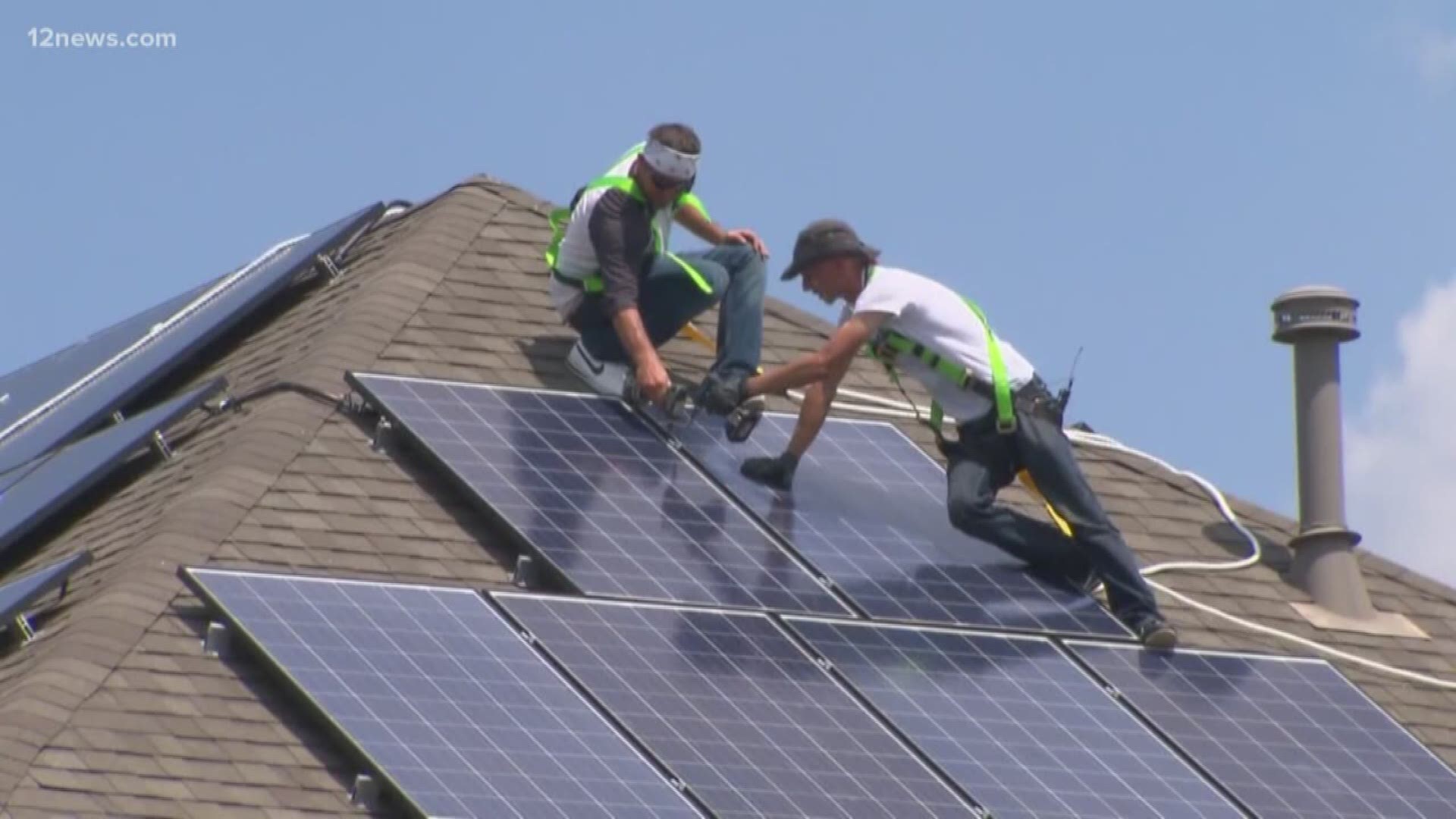 Could Arizona follow in California's footsteps? If so, what would it take to make the change?

“Solar has really taken off in Arizona,” said Bret Fanshaw with Environment Arizona.

“Using less polluting energy to power our homes,” he said.

California’s Energy Commission approved a mandate requiring new homes and apartments to have solar panels. They have until 2020 to comply. While Fanshaw says it’s a win for the environment, it’s not something he expects to happen in Arizona overnight.

“We should look into ways to make that happen,” said Fanshaw.

It would be a multi-year process and the cost is something to take into account. Experts estimate solar panels could add as much as $10,000 to the cost of a new home. But according to California’s Energy Commission, homeowners will save about $630 in energy costs each year.

“This will cost on average about $40 more per month over the life of your mortgage, but you’ll actually save about $80 a month,” he said.

Arizona Corporation Commissioner Andy Tobin says Arizona is No. 3 in the country on solar production and we’re getting more of it every day with improving technology and battery storage.

“In our energy modernization plan that we just rolled out, that has a component for that storage and our utilities are already advancing that,” he said.

APS has a solar storage facility and a new solar power generating plant with battery storage capability that was recently dedicated to serve SRP customers.

“There’s a lot of options on the table,” said Tobin. “They’re already moving.”

Tobin says it doesn’t mean we shouldn’t have rooftop solar, but it boils down to what’s affordable.

“But if it’s really about how do we get more solar power,” he said. "then don’t you want to be doing it at a scale that’s going to give it to you cheapest you can get?”

Tobin says tapping into the real value of solar comes with storing solar energy to use it when the sun isn’t shining.