Police say eight young women -- one only 17 years old -- were being used as sex slaves. 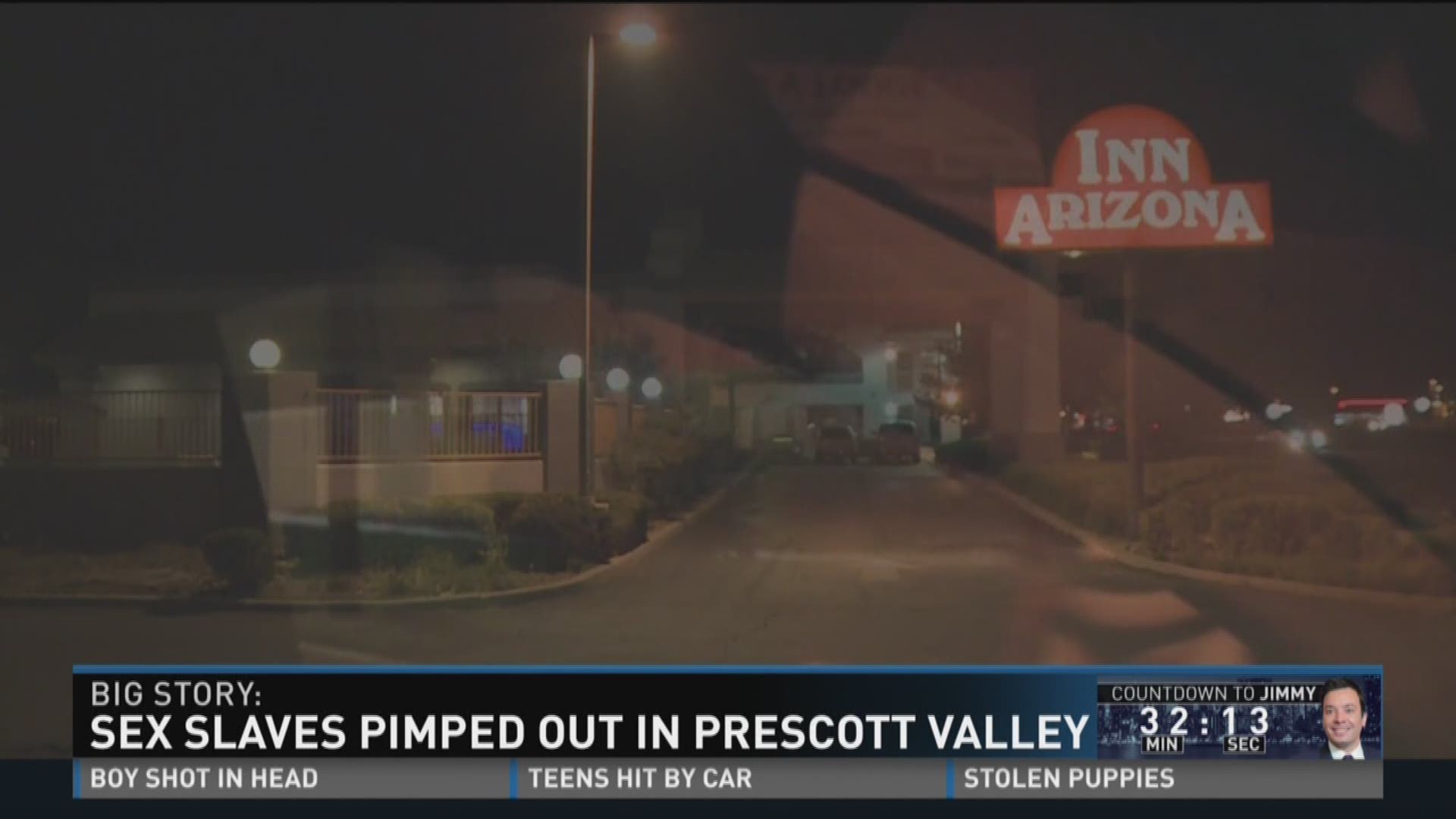 Police say eight young women -- one only 17 years old -- were being used as sex slaves.

The two men and one woman arrested are accused of forcing the young women to have sex for money up to 30 times a day at hotels around the state, including the Arizona Inn in Prescott Valley.

“They saw a lot of girls going in and out and so the actual tip was they believed there was prostitution going on," said Chief Bryan Jarrell of the Prescott Valley Police Department.

He said detectives on a countywide drug task force stepped in after getting several tips.

"They were being required to perform sex acts for money and that they had been transported throughout the state of Arizona and across state lines into California," said Jarrell.

Police said one of the women ended up in Arizona from Ohio.

Investigators said they were allegedly cut off from the outside world for nearly a year.

“They were given minimal food and support," he said. "They are not given any money.”

Investigators also found a lot of pot growing. They’re looking for other victims and possible suspects.

Investigators say the three people behind bars are the leaders of the organized crime operation.