Roberta now has to do something that every parent dreads: bury her son. 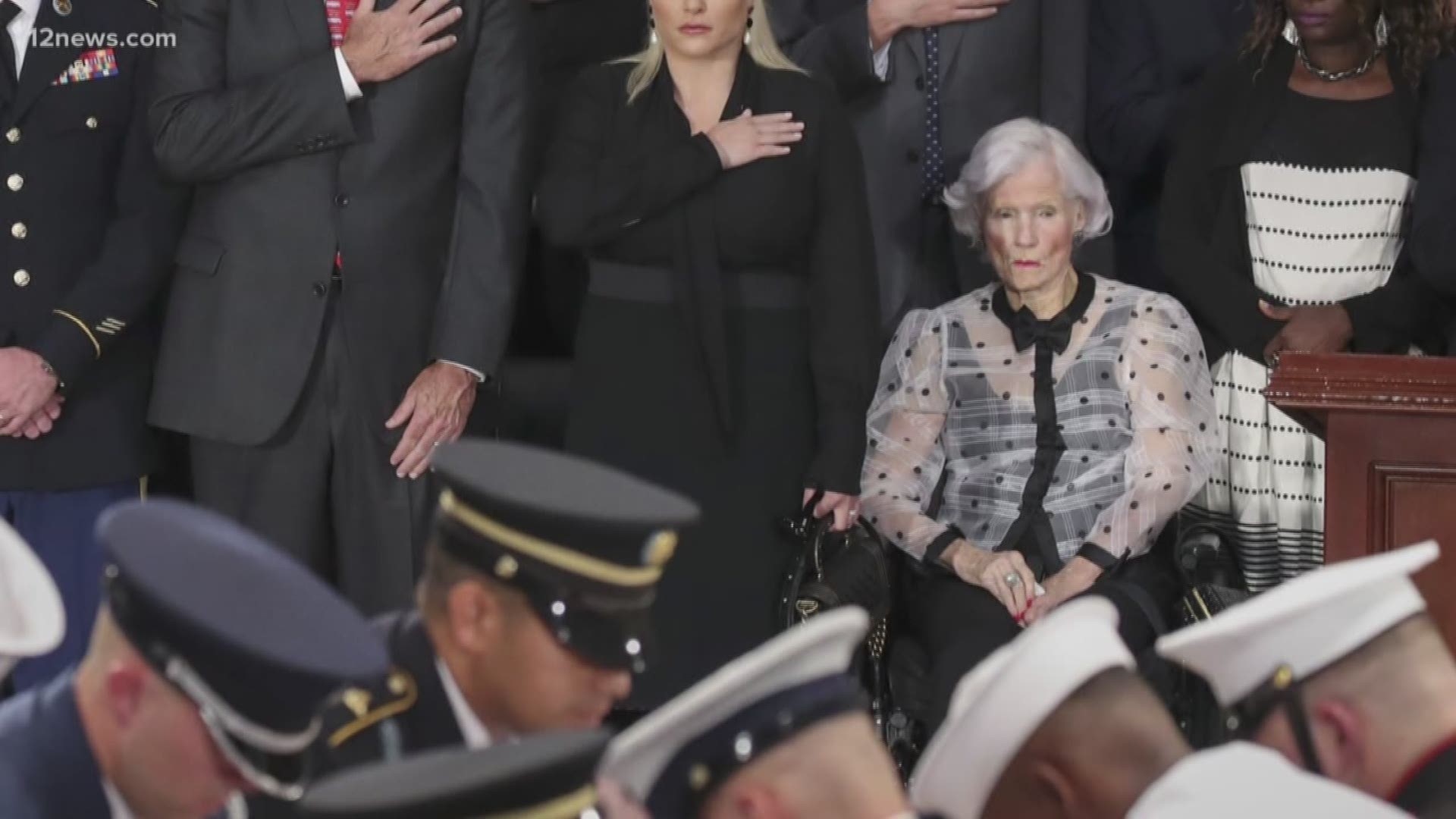 Arizona Senator John McCain died Saturday, leaving behind a large family and his wife. He also survived by his mother, who is now 106 years old.

Roberta McCain called her son "Johnny" and had a spunkiness that made John McCain relatable on the campaign trail, and sometimes got him in trouble.

Roberta, from Muskogee, Oklahoma, was married to Admiral John S. McCain Jr. in an elopement to Tijuana, Mexico.

Roberta McCain, mother of then presidential hopeful John McCain, speaks as she is interviewed by moderator Tim Russert during a taping of 'Meet the Press' May 13, 2007 in Washington, DC. (Photo by Alex Wong/Getty Images for Meet the Press)

Roberta was a mother to three children, Sandy, John and Joe.

She is a twin.

When Roberta learned that John McCain had cursed at his captors in Vietnam, she warned her son, "Johnny, I'm going to come over there and wash your mouth out with soap." 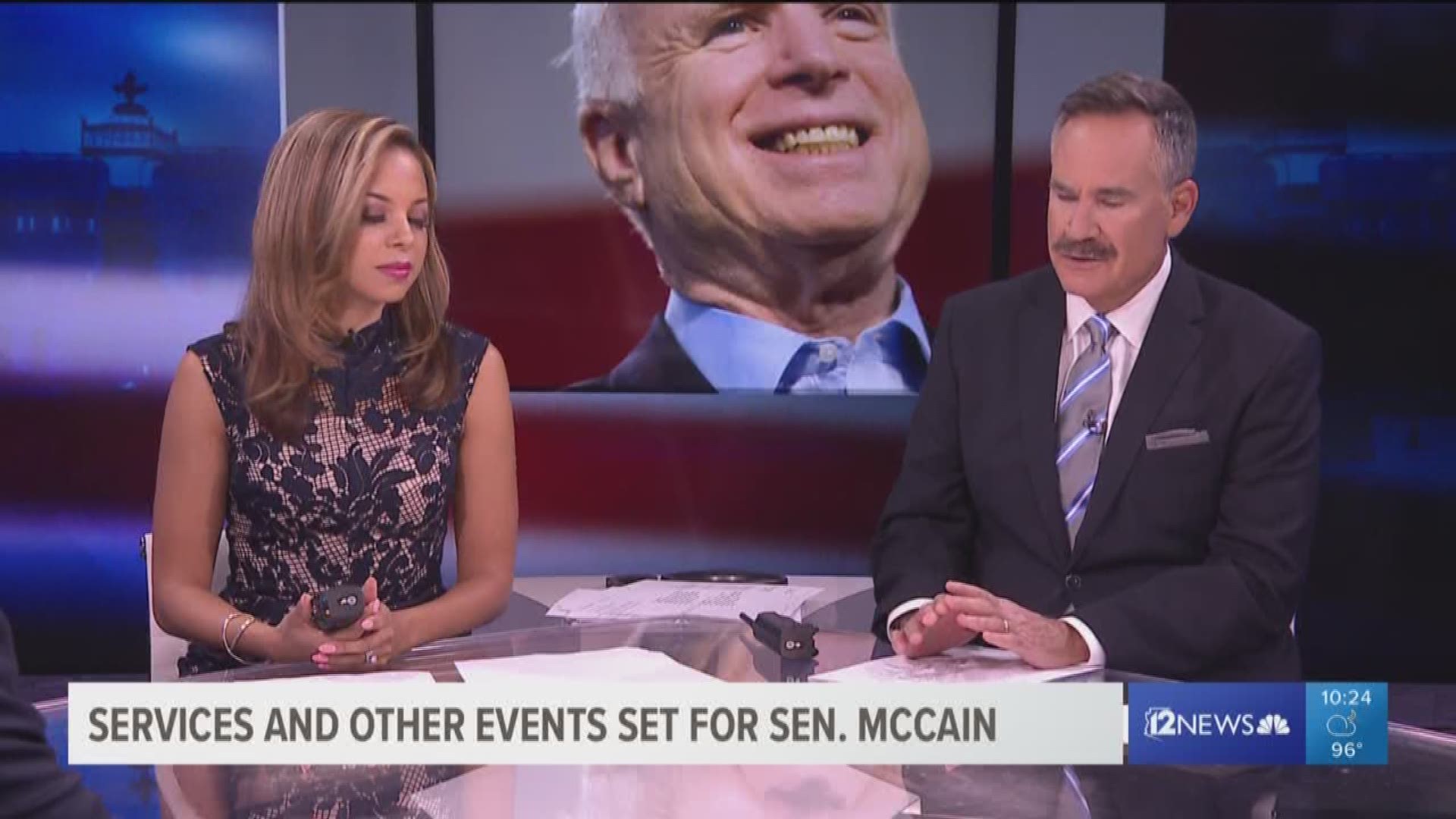 More about the McCains: 12News.com/McCain