A company spokesperson for TuSimple told 12 News the tests are going "very well." 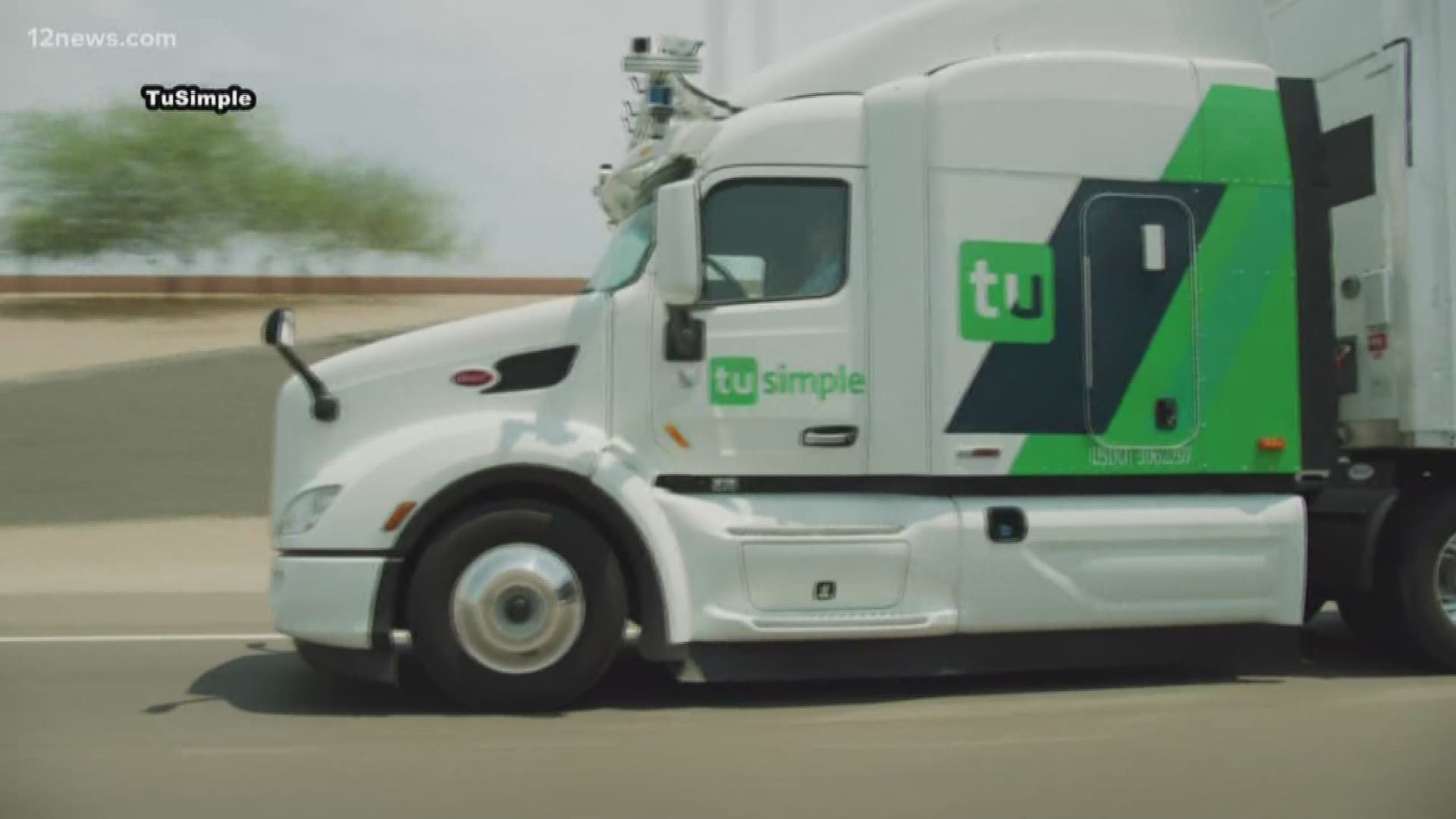 PHOENIX — EDITOR'S NOTE: The above video is from May when the company and USPS announced a pilot program during which self-driving trucks would make deliveries between Arizona and Texas.

It would appear Arizona is further cementing itself as ground zero for the testing of self-driving vehicles.

TuSimple, a San Diego-based self-driving truck company that operates its autonomous trucks out of Tucson, has been hauling loads for UPS between Phoenix and Tucson since May. The tests, a company spokesperson told 12 News, are going "very well."

The company said it started making non-autonomous deliveries back in March for UPS as a way to map out routes, collect data, and learn the "UPS process." Daily autonomous runs began in May between Tucson and Phoenix with a driver and an engineer in the truck.

“While fully autonomous, driverless vehicles still have development and regulatory work ahead, we are excited by the advances in braking and other technologies that companies like TuSimple are mastering," Scott Price, chief strategy and transformation officer with UPS, said in a release.

Credit: TuSimple
TuSimple says this is one of the trucks that will be used in the pilot program with USPS.

UPS announced Thursday it was investing in the technology, taking a minority stake in TuSimple. The transaction was completed on August 13.  According to the release from UPS, TuSimple claims its technology can cut the cost of shipping with semitrucks by 30%.

“TuSimple is confident that it can accelerate bringing the first self-driving truck to market to increase road safety," Hou said.

The company previously made headlines back in May with its participation in a pilot program with the United States Postal Service, during which its self-driving trucks traveled between USPS distribution centers in Phoenix and Dallas.

The 10 one-way trips for USPS were "successfully completed," the company said, and the deliveries were made ahead of schedule.

UPS said with the ongoing tests the two companies are monitoring everything from how far and long the trucks are traveling autonomously to safety data and transport time.