Residents in Sedona say the town's quality of life has been worsened by the massive influx of tourists and short-term rentals. 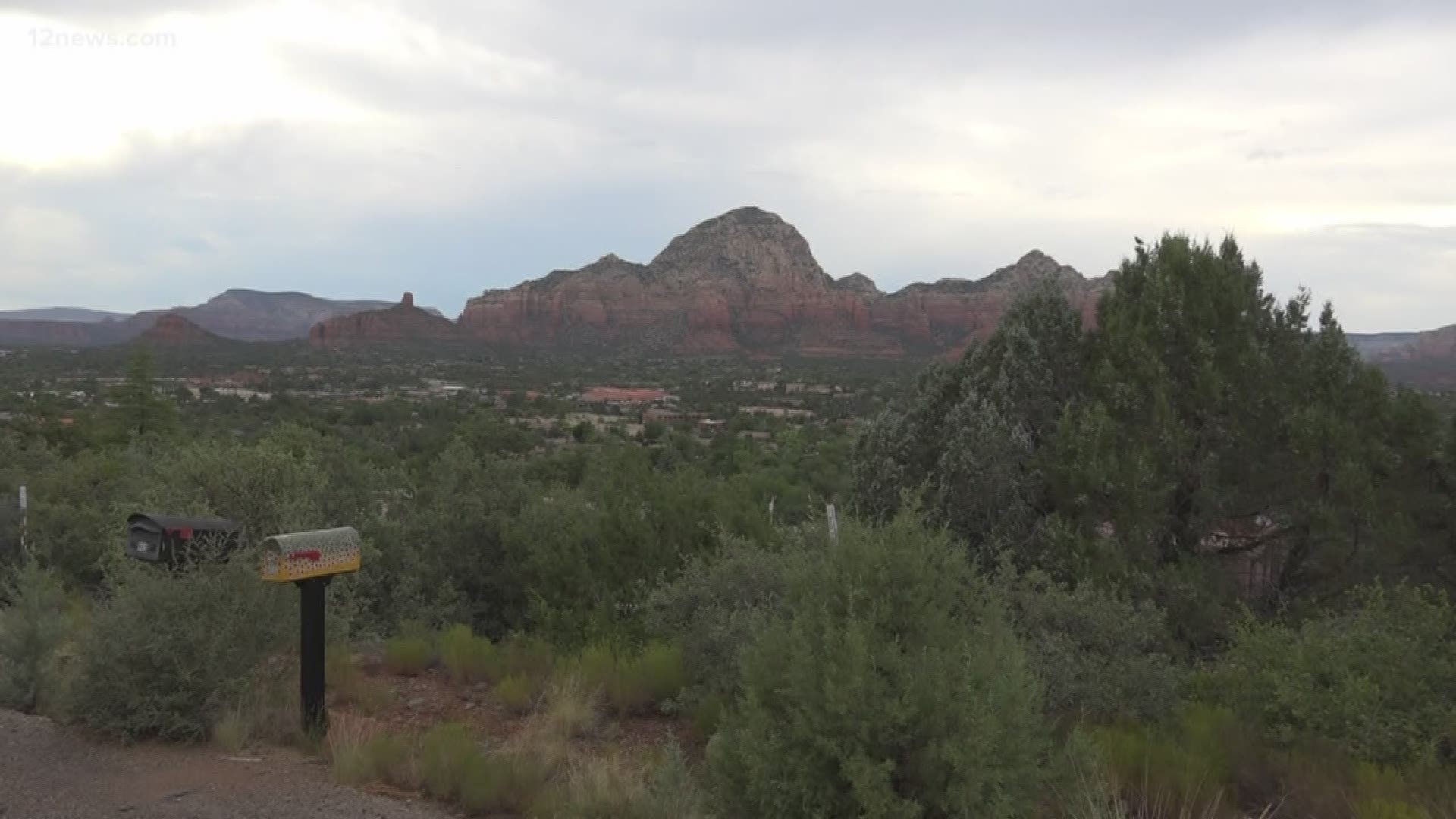 “It isn’t a friendly place for locals anymore. It’s friendly for tourists,” said Julie Engsberg, who practices yoga and holistic care in Sedona.

Over the past three months, Engsberg’s monthly rent has risen from $800 to $1,700. Engsberg and other workers in the tourism industry are having a harder time finding a place to live.

“We can either look for smaller places, shared places or move out of town,” Engsberg said.

The higher rent prices represent, in part, fallout from the home-sharing economy that was unleashed in Arizona in 2017 when Gov. Doug Ducey signed and celebrated a home-sharing law. It prevents cities from blocking homeowners from using platforms like Airbnb and VRBO.

“In Arizona, we respect the right to do what we want with our property without undue government interference,” Ducey wrote in reference to the law earlier this year.

The new policy has created more options for tourists who don’t want to be confined by the rates and limits of staying in a hotel, and for property owners it has ushered in new freedoms to profit off their homes.

There are now about 1,000 short-term rentals between Sedona, the Village of Oak Creek, and areas just outside Sedona, said Justin Clifton, Sedona City Manager. About 20% of homes in Sedona city limits are time shares or short-term rentals.

“We get complaints about noise, parking, the prevalence of short-term rentals in some neighborhoods, and even things like trash cans being out days before or after a rental,” Clifton said. “However, we have reason to believe there are plenty of people who have complaints but haven’t voiced them yet.”

Sedona Mayor Sandy Moriarty, who is a member of the League of Arizona Cities and Towns Executive Committee, plans to take her concerns to state lawmakers, Clifton said.

Some long-time residents say they are getting impatient.

“It’s constantly all we talk about. The traffic, how many houses on the block have gone over to Airbnb, and how many people were staying next door last night,” said Ann Thompson Fabricant, owner of Cocopah Jewelry in Sedona. Fabricant, who has been in Sedona 40 years.

“There are so many absentee owners. They don’t care what’s happening in this town,” Fabricant said. “They live in Phoenix. They live in L.A. For them, it’s just dollars in and dollars out.”

Homeowner Lisa Danielle, who lives in an older west Sedona neighborhood, says the tourist element over the past couple of years has brought late-night noise, accidents and congestion to her narrow streets.

“I bought here to be a neighbor and not to be in the middle of a hotel district,” Danielle said.

“I’m not seeing any spike on traffic stops in neighborhoods or anything like,” Wilcoxson said. He added that the city has become more crowded the last three to five years.

A spokesman for Ducey’s office pointed to a law Ducey signed earlier this year intended to curtail problems with “party houses."

The law requires property owners of short-term rentals to provide authorities with contact information in case of a complaint. The bill also prohibits rentals for the purpose of large events.

“We continually communicate with legislators and local officials about issues impacting their communities. Having a sense of community is important, and we understand concerns being voiced by many residents,” said spokesman Patrick Ptak.